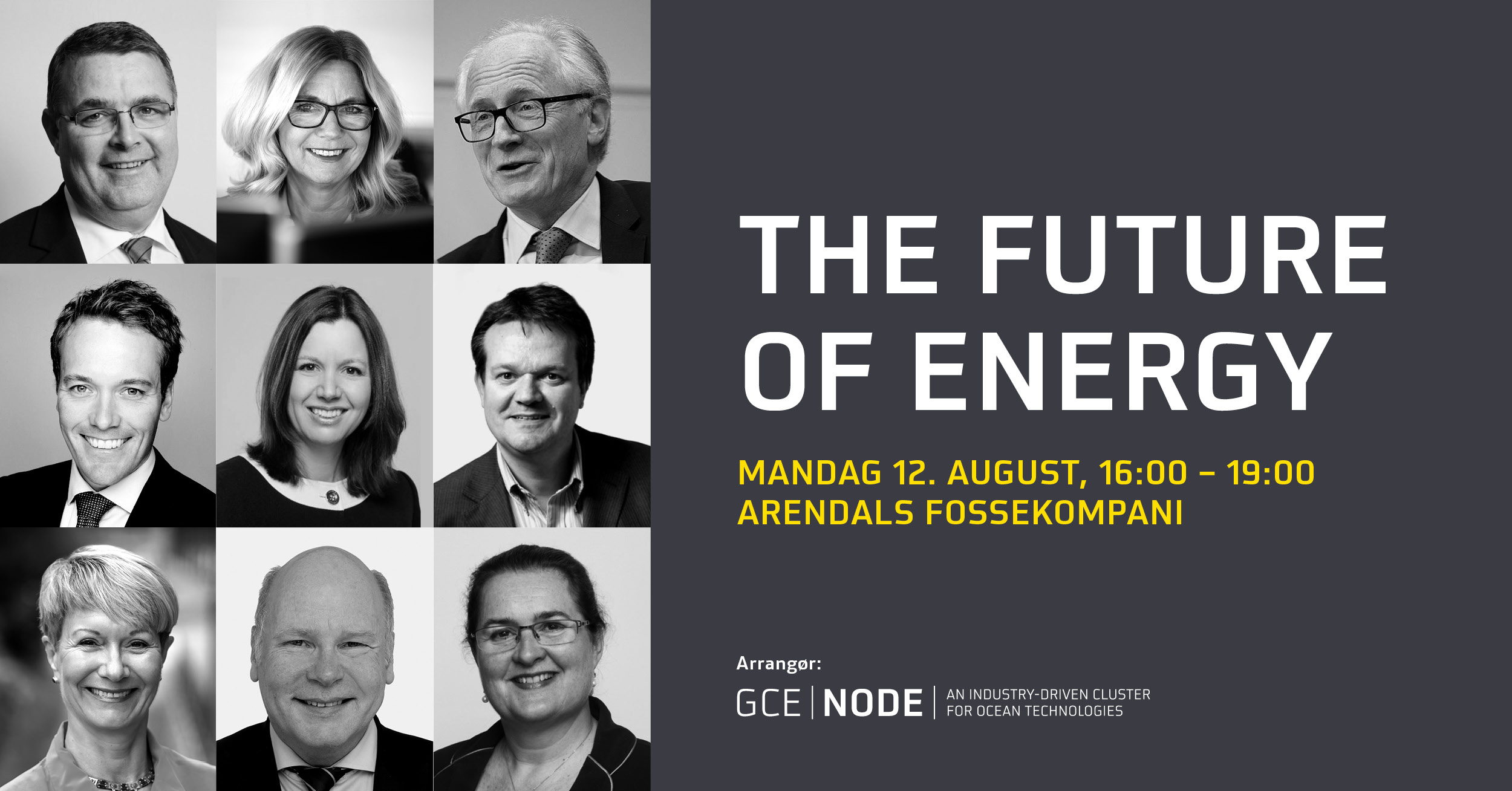 Welcome to a high-level event discussing The Future of Energy.

The Future of Energy views energy in a global perspective and addresses Norway’s role as an international energy supplier. How does the geopolitical balance of power influence the Norwegian business sector? What can we expect from new energy sources, such as hydrogen and floating wind? What are the necessary measures for developing Norway as a global player in digitalization.

The Future of Energy is followed by a Energy Mix Rooftop Networking Reception.

Eide is Chairman of the Board of the Norwegian-Swedish Chamber of Commerce and member of the Senior Advisory Board of the Norwegian Polytechnic Association. He has served as Norwegian Ambassador to NATO, the OSCE and – most recently – to Sweden. Eide has been the UN Secretary-General´s Envoy to Afghanistan, Bosnia-Hercegovina and Kosovo. During his 40 years of diplomatic experience, he has focused on security policy and conflict resolution. In the 1970´s, he participated in some of the first negotiations that ultimately led to the end of the old War. In Afghanistan, he was the first UN representative to engage in discussions with the Taliban and appealed for a political solution to the Afghan conflict. He still maintains close contacts with the Afghan government as well as with the Taliban. Eide writes and speaks frequently about topics relating to the current global turbulence and Norway’s ability to navigate in today’s world. More recently, Kai Eide has been engaged in questions related to innovation and economic transformation. He is a strong proponent of the need for a more aggressive Norwegian policy to promote new export industries.

Kristin Færøvik, Managing Director, Lundin Norway
Færøvik joined Lundin Norway AS as Managing Director in 2015. Kristin has more than 30 years of experience in the oil and gas industry. Her career started in BP where she held several technical, commercial and leadership positions both in Norway and internationally. She joined Marathon Norge as Commercial Manager in 2003 and subsequently held the role of Managing Director for Marathon Norge from 2008-2010. Kristin joined Bergen Group ASA in 2010 as EVP for the Offshore Division and Managing Director for Bergen Group Rosenberg. She served as Managing Director for Rosenberg WorleyParsons following WorleyParsons acquisition of Rosenberg in 2013, until joining Lundin. Kristin holds a degree in Petroleum Engineering from the Norwegian University of Science and Technology in Trondheim (NTNU). She is currently Chair of the Board of Directors of the Norwegian Oil and Gas Association, a role she has held since November 2016.

Jostein Dahl Karlsen, CEO, International Energy Agency – Gas and Oil Technologies Programme (IEA-GOT)
Karlsen has held the position as CEO of IEA’s Gas and Oil Technology Programme since 2017. He has during the last two decades chaired several activities related to oil, gas and coal within IEA, including the Agency’s follow up on CCS pertaining to the G8 Action Plan within energy and the climate. Prior to his current position, Dahl Karlsen served as Senior Policy Advisor in the Ministry of Petroleum and Energy overseeing international activities within petroleum research and technology. He served as Energy Adviser at the Norwegian Delegation to the OECD in Paris between 1993 – 1995 with particular focus on Norway’s participation in IEA. Prior to his engagement with the Norwegian Government, Dahl Karlsen worked as Assistant Professor at the Norwegian School of Management studying the build-up of the Norwegian Oil and Gas Competence. He holds a general Master of International Management from BI.

Steinar Eikaas, Vice President Low Carbon Solutions, Equinor
Eikaas is the head of Low carbon Solutions at Equinor which includes responsibility for carbon capture & storage and hydrogen solutions. Eikaas has been with Equinor for 25 years and previously held senior management positions in international business development. Eikaas has a MSc in Finance from the Norwegian School of Business and Administration (NHH).

Odd Arne Sjåtil, Managing Director and Partner in Boston Consulting Group
Sjåtil joined BCG 14 years ago and his focus is Energy clients, predominantly Exploration & Production and Oilfield Services  companies. In BCG he is a global node for Digital in Oil & Gas and over the past years he has supported a number of operators and suppliers in digital programs including; developing the digital strategy & roadmap, executing digital use cases and deploying digital at scaling through end-to-end use case deployment, building capabilities and ecosystem and IT / Data platform development. Recently he was responsible for the BCG report “Capturing Norway’s Digital opportunity” commissioned by the Norwegian Ministry of Trade, Industries and Fisheries and the Federation of Norwegian Industries (Oil & Gas). Odd Arne was previously employed by TANDBERG as Director of Business Development. He holds a Master of Science, Energy and Environmental engineering (Combustion) from NTNU and ETH Zürich. Prior to his university degree, he attended Officer training school, and served as petty officer in the Norwegian Coastal Artillery.

Anne-Grete Ellingsen, CEO, GCE NODE
Ellingsen is the CEO of Global Centre of Expertise – Norwegian Offshore Drilling and Engineering (GCE NODE). She has an MSc degree in Petroleum Technology and an Executive Master in Energy Management. Ellingsen has experience from several executive positions in the energy sector with companies such as Petroleum Safety Authority Norway (Ptil), Elf Aquitaine (now part of Total), Equinor, Agder Energi and Vestavind Offshore. Her experience covers both offshore oil & gas and wind in addition to onshore wind and hydropower, with projects and operations both in Norway and internationally. Ellingsen has been Secretary General of the World Petroleum Congress and Deputy Minister at the Norwegian Ministry of Oil and Petroleum. She has broad experience from several publicly listed companies as well as non-listed companies.

Liv Monica Stubholt, Lawyer and Partner, Law firm Selmer
Stubholt has 20 years of experience as a business lawyer. She specializes in the energy sector and holds a strong legal portfolio in oil and gas, renewables and energy technology.  She serves as non-executive Chairman of Fortum Oslo Varme and Silex AS and board member of OKEA. Stubholt advises companies investing in Norway in ocean industries including, energy and seafood sectors. She is particularly active within business development and change management processes. In addition to her legal practice she has held industry executive positions in energy sector companies. Stubholt engages in regulatory and ocean management development, including in the Arctic. She is an international board member of World Ocean Council. Stubholt has also held government positions in Norway in the Ministry of Foreign Affairs and the Ministry of Petroleum and Energy.