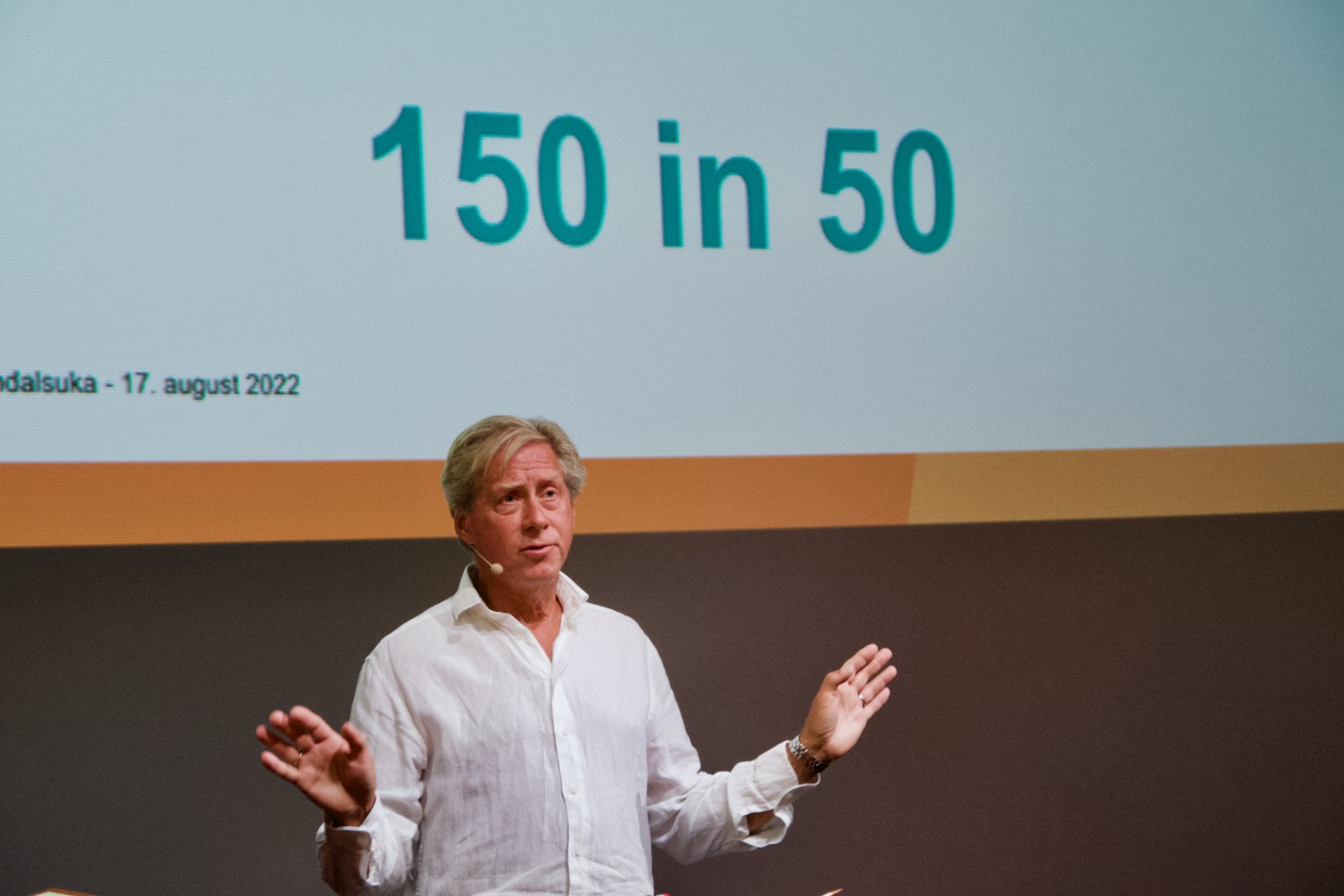 30 gigawatts offshore wind in 2040. That is the Norwegian ambition. CEO of Siemens Norway believes it should be five times higher!

“150 gigawatts in 2050! That is the level we should be aiming for,” said Nils Klippenberg at an offshore wind meeting in Arendal Wednesday morning.

He repeated “150 in 50” to make sure that no-one, and especially not Elisabeth Sæther, Deputy Minister at the Norwegian Ministry of Petroleum and Energy, missed it. Sæther was also among the speakers at the Fremtidens Havvind event this morning.

A bold ambition would attract international companies to invest and develop complete offshore wind solutions for Norway, according to Klippenberg.

Looking in the direction of Sæther one more time, the Siemens CEO added: “Decisions must be made, areas must be opened and the licensing period must be shortened.”

Sebastian Bringsværd, SVP Business Development at Aker Offshore Wind also addressed the Deputy Minister, with a clear message to drop the auction for Sørlige Nordsjø II, which will be the first Norwegian area opened to offshore wind development.

“The message from an entire industry is pretty clear, that competition should be based on quality and not price,” said Bringsværd.

In her statement, Sæther reiterated the government’s position to open Sørlige Nordsjø II and Utsira Nord during 2023 and to make available larger areas in a second licensing round in 2025.

“Offshore wind will provide much more energy that we need. We are in a dialogue with other countries to decide how to develop the North Sea basin together,” said Sæther.