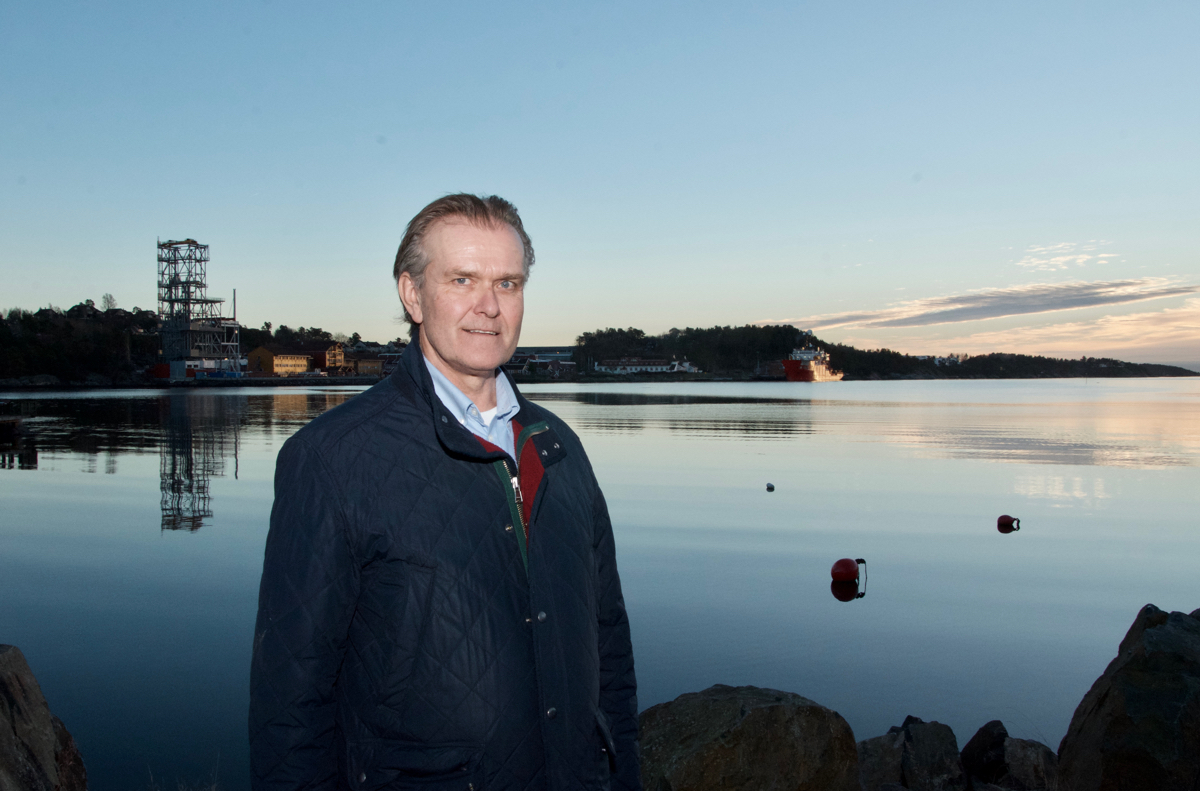 Terje Uleberg is the CEO of Kristiansand-based On & Offshore Group Norway.

“We see an increase in activities and more projects to bid on, but there is still no doubt that 2017 will be a challenging year,” says Terje Uleberg.

The CEO at On & Offshore Group Norway has been through two troublesome years, with layoffs and downsizing – similar to all other oil service providers. At its peak in 2013, On & Offshore employed more than 200 people. Today, there are 100 left, including 25 that came with the acquisition of Lien Elektro in 2013.

“Last summer was pitch dark. We were in the middle of what we believed was an upturn, with good figures for April and May, when somebody seemingly turned off the lights in June. Things later improved, and month over month we had more business in late 2016 than late 2015. We hope for this trend to continue,” says Uleberg.

On & Offshore Group comprises the subsidiaries On & Offshore Services and On & Offshore Elektro, of which the former accounts for approximately 75 per cent of the work force and an even higher percentage of the revenue. Major customers include Aibel, Apply, MHWirth, Songa and Odfjell.

“We specialize in installations, modifications and maintenance,” says Uleberg.

He is a seasoned manager and businessman in the oil and gas industry. Uleberg started as a operator for OIS at Ekofisk back in the 80s. He continued to work offshore for 15 years in the North Sea doing maintenance and modifications, before he became an onshore project manager for OIS in Kristiansand in 1995.

When OIS was sold and moved to Stavanger in 2002, Uleberg and colleague Helge Bjorvand left to start their own business. With the help of investors Tor Olav Ljosland and Ole Tom Eidjord they established On & Offshore Services in 2003.

The company enjoyed an industry upturn that continued for an unprecedented long period of time, till the oil price collapsed in 2014.

In 2007, On & Offshore Group was listed at the grey market list OTC at Oslo Stock Exchange. Both Uleberg and Bjorvand, who is also still active in the company, remain among the ten largest of approximately 100 shareholders.

GCE NODE BOARD MEMBER
Uleberg is a veteran with regards to GCE NODE. Uleberg and his company have participated in the cluster since the early days, more than ten years ago. Since 2014, Uleberg has also been member of the NODE board, as a representative for the SMEs.

“Over the years as a participant in NODE, I have met numerous people with whom I have come to do business with. NODE has been a valuable arena for building network and cooperation. This is unfortunately a feature of NODE’s that has become less important. I would like to see a re-established SME Forum, like the one we used to have, with breakfast meetings and networking activities. I am sure SMEs in particular would value such a forum,” says Uleberg.

“NODE serves as a single-point of contact for politicians and others that are interested in our industry. By standing together in a cluster we have a stronger voice and a better chance of being seen and heard. Thanks to NODE, I have met several high-ranking politicians and officials and thus had an opportunity to give them our perspective on the industry and measures we would like to see implemented. That is definitely useful,” says Uleberg.