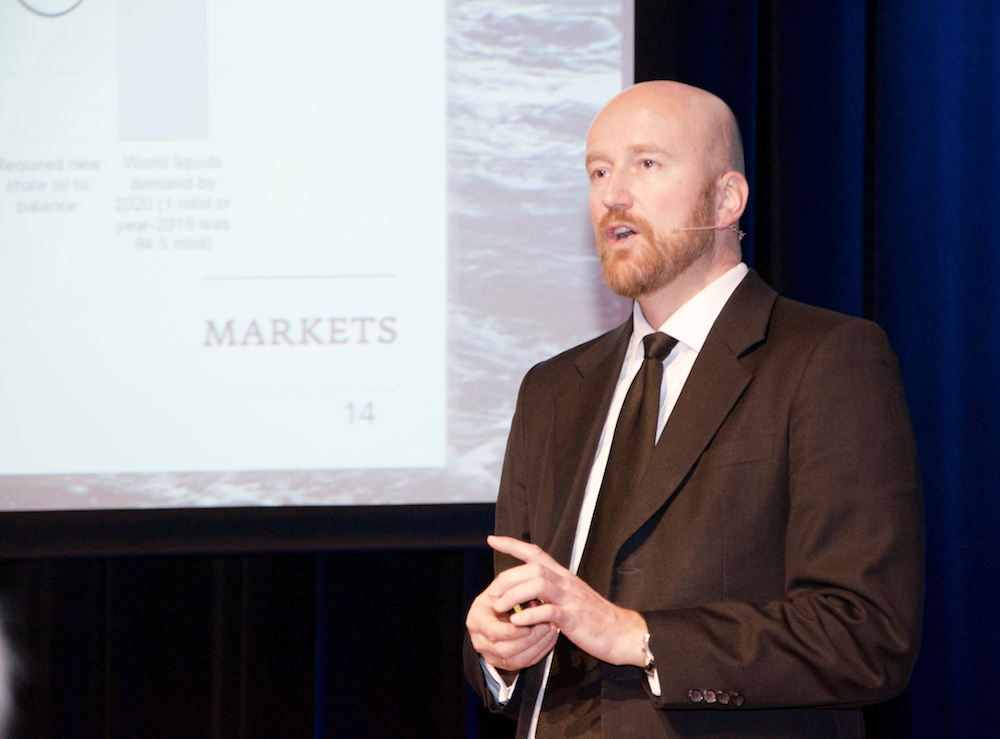 “Some see the price of oil hovering around 30 dollars per barrel for years to come. I am not among them”, says Torbjørn Kjus.

In his 2020 scenario, the DNB Markets oil analyst finds a price between 60 and 80 dollars per barrel to be more realistic.

“That is a level that would create more supply”, says Kjus.

The recent collapse, with oil prices spiraling down to 27 dollars per barrel, surprised even a senior analyst.

Global demand for oil increased by 1.8 million barrels per day in 2015, mainly due to increased demand in the US, China and India.

“With continued increase in demand, and production cuts in the US, I think we will see a balanced market by the end of this year”, says Kjus.

He is optimistic with regards to a later spike in oil prices.

“There is just not enough time for energy conversion, that is, no real competition from renewable energy sources for some years. So, we may see one last surge in prices, probably to a lower level than all-time-high – due of cost reductions in the industry – but still to a very high level”, says Kjus.