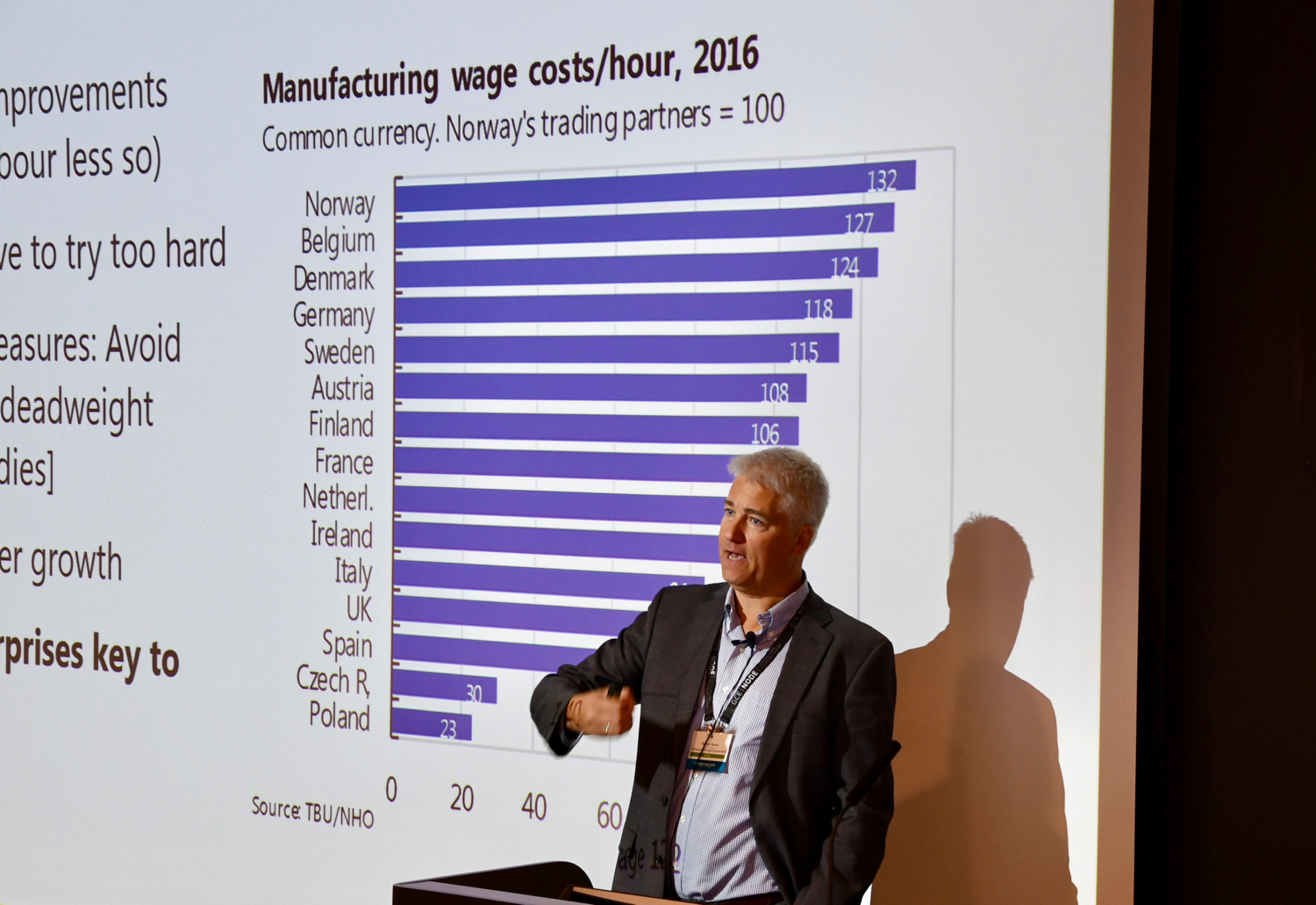 Chief Economist at NHO, Øystein Dørum, presented his take no the oil and gas market.

“60 dollars per barrel, as predicted by the Norwegian Government, seems to be a fair estimate for oil prices in 2018,” said Øystein Dørum.

Dørum was one of several speakers that addressed the oil and gas market at Energy Outlook in Arendal Tuesday.

Commenting on the impact of the Paris agreement and its 2-Degrees Target, Dørum said he believes we need to find a technological solution to the climate challenge.

“Any other solution implies a standstill or recession, which will not be considered an option. Either technology comes to our rescue, or we will live on a warmer planet,” said Dørum.

Jens Nærvig Pedersen, Senior Commodity Analyst at Danske Bank, argued that half of the factors that determine the price of oil are not oil-related.

“The price of a dollar, the Fed and US interest rates might be just as important for the oil price as the output level of OPEC and non-OPEC producers. Producers in general, and especially US shale oil producers, receive to much attention by analysts,” said Pedersen.

Richard Mallinson, Lead Department of Analysis at Energy Aspects, seemed to agree that shale producers are given too big a role in the oil drama.

SIGNS OR RECOVERY
Mark Riding, Head of Strategy at Aker Solutions, described the market for oil services as challenging, amid project postponements and a volatile oil price.

“There are some signs of recovery as industry improvements measures are having an effect. Lower break-even cost is likely to spur more project sanctions, and we see increasing demand for early-phase studies,” said Riding.