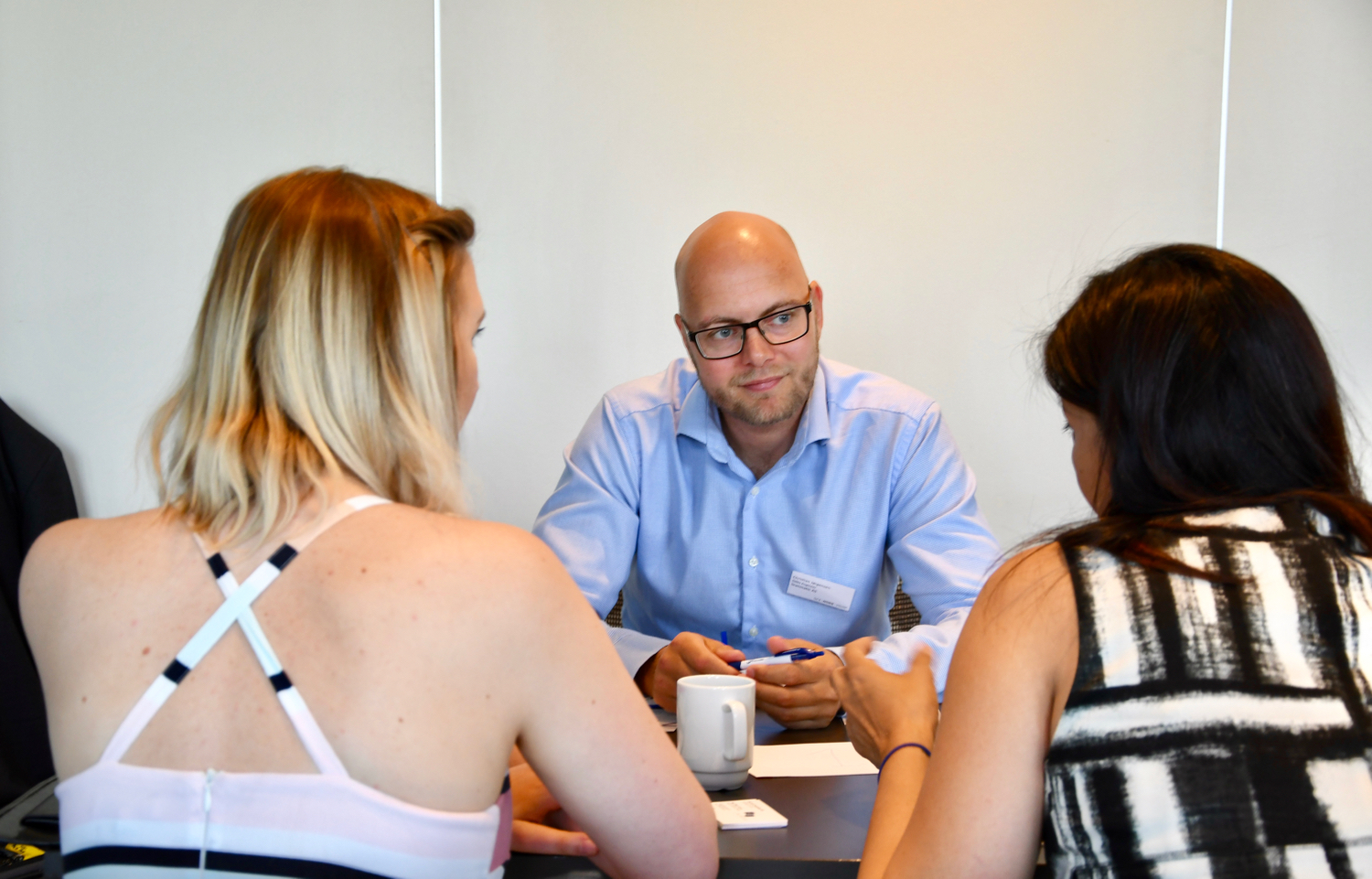 Christian Jørgensen, Head of Marine and Offshore at Scanmatic, had eight short meetings at the Business Speed Dating session.

62 meetings in three hours resulted in new relationships and increased knowledge of other companies in the energy and maritime industries.

“At first, I was disappointed that none of the major companies in GCE NODE were represented, but I must say I was pleasantly surprised by the eight companies I did meet. I gained insight in some new companies that are relevant for our business,” says Christian Jørgensen, Head of Marine and Offshore at Scanmatic.

All eight meetings represented new acquaintances even for Jørgensen, who is a frequent participant at GCE NODE events.

“Speed dating is definitely something I would make a priority on a future occasion. I invited three of the eight companies to visit Scanmatic for further talks. We will also have a follow-up with Nymo, to explore common business opportunities,” says Jørgensen.

“I really liked the concept and found it useful to have eight companies give short presentations of who they are. I learned a lot from the companies that were of interest, especially those who operate in markets such as offshore wind, aquaculture and deep sea mining,” says Snekkevik.