A dominant force in floating wind 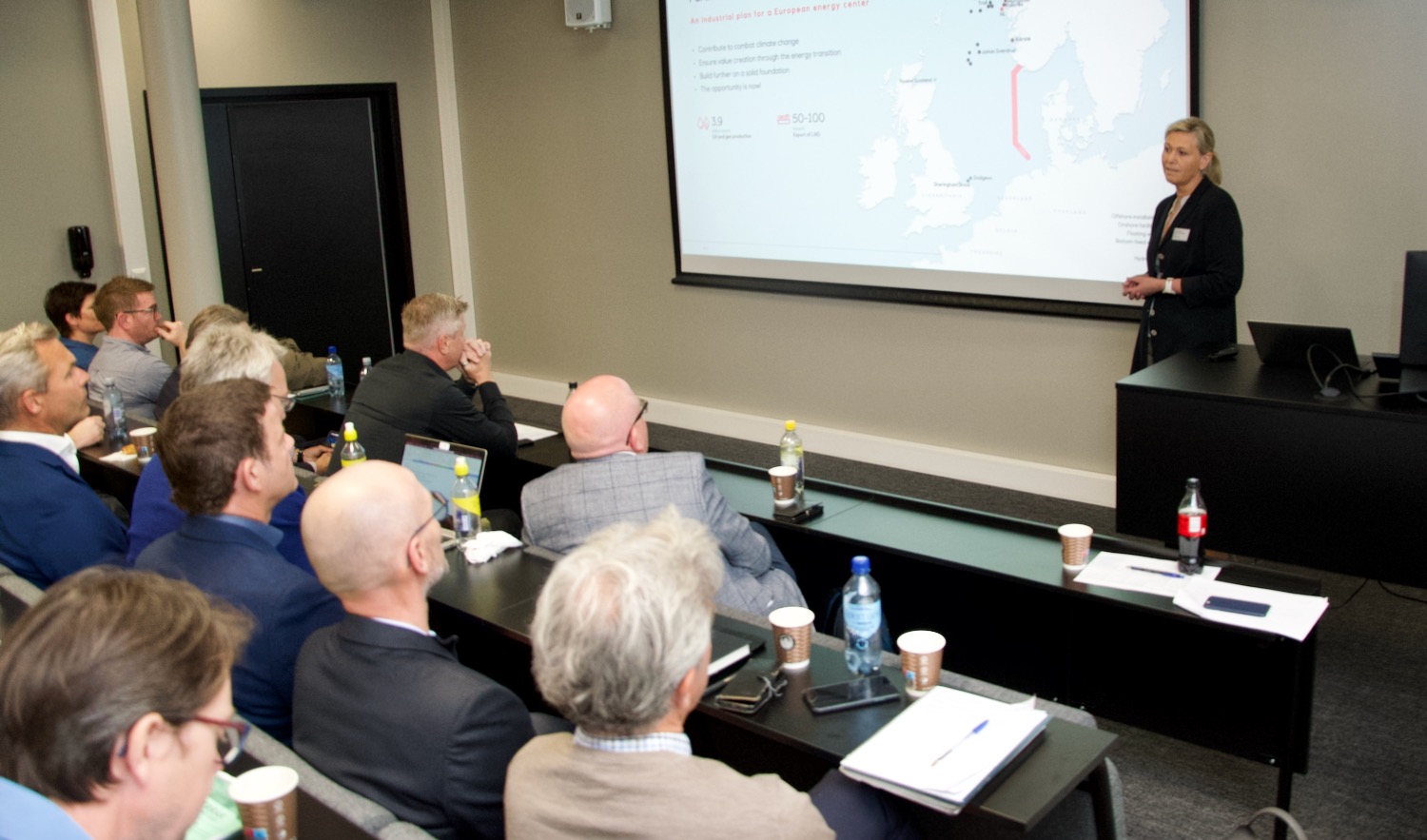 Project Director Offshore Wind Grete Hexeberg presented Equinor’s plans for an industrial scale project at Utsira Nord during a meeting with the supplier industry in Agder.

Equinor is determined to be a big player in the offshore floating wind industry. The Norwegian energy giant recently met with the supplier industry in Agder.

Today, Equinor is already a dominant force in the early phase of floating installations that transform wind to electricity. The company has every intention to retain a strong position.

“When Hywind Tampen becomes operational, we will be the operator of 47 per cent of global floating wind production,” said Project Director Offshore Wind at Equinor, Grete Hexeberg.

Her reference to Hywind Tampen, a 95 MW project which will provide electric power to a cluster of oil and gas installations on the Norwegian Continental Shelf, was more than timely. The first Hywind Tampen turbine was towed out to sea the next day.

More companies would like to be part of the next chapters in the development of the Norwegian offshore wind industry; Sørlige Nordsjø II and Utsira Nord. Equinor has partnered with Vårgrønn with the intention to bid on both areas in the upcoming Norwegian licensing rounds.

“We expect to reduce costs by another 40 per cent or more when we build or next industrial scale project. We need volume for this industry to mature and become independent of subsidies,” said Hexeberg.

She complimented the companies and people in attendance.

“Norwegian suppliers have shown that they can be innovative, competitive, and able to deliver the highest quality. We will continue to collaborate with the Norwegian supplier industry to further mature and develop new and efficient solutions for the future,” said Hexeberg.