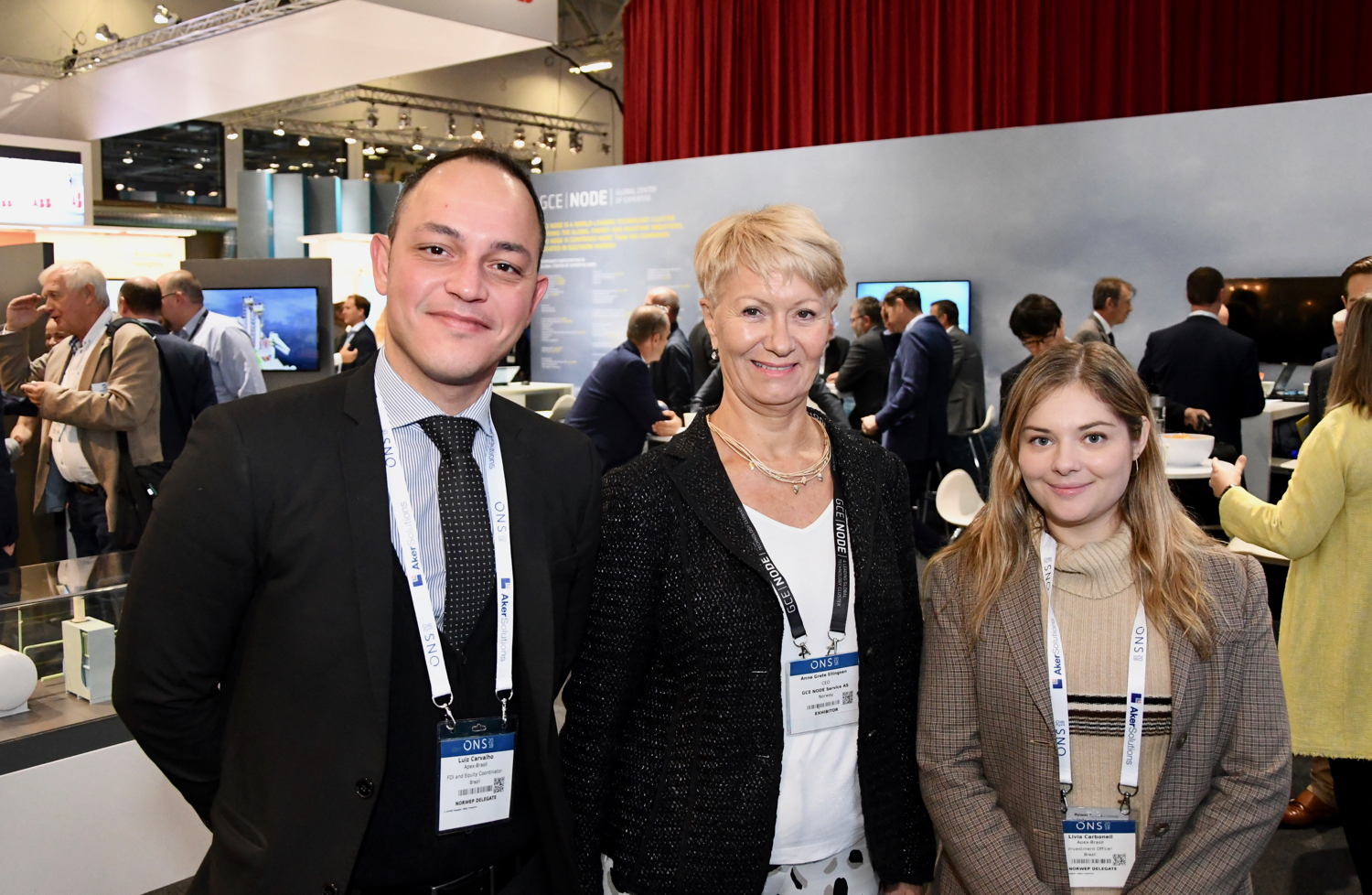 Delegations from Brazil, Australia, Canada and Japan visit the GCE NODE stand at ONS this week.

«ONS is a global meeting point. An important part of the expo is to talk to people from around the world, and to learn about and get updates on different markets. We are happy to take meetings and initiate meetings to form new relationships and gain knowledge that we share with the cluster participants,” says Anne-Grete Ellingsen, CEO of GCE NODE.

Wednesday morning, she met with ApexBrasil, the Brazilian trade and investment promotion agency.

“We are interested in learning more about the cluster, but our main focus is to attract new companies to Brazil. This is a good time to come to Brazil. The local content rule is more flexible than before, and support for foreign investors is stronger than before. We are here to help more foreign companies enter the Brazilian market,” says Luiz Carlos T. De Carvalho, Coordinator for Foreign Direct and Participation Investment at ApexBrasil.

“The interest for Brazil is definitely stronger than at ONS two years ago. We also see more global oil producers come to Brazil, and Equinor is already the second largest producer of oil and gas in Brazil,” says Livia Carbonell at the Investment Division of ApexBrasil.

LNG IN AUSTRALIA
Wednesday also brought visitors from Australia. An LNG job task force, appointed by The Premier of Western Australia, travelled to Stavanger with the aim of making Western Australia a global LNG hub. The delegation of four, including a representative of the Australian version of Innovation Norway, met with the Norwegian Ministry of Petroleum and Energy, NORWEP, Equinor and GCE NODE.

“We are here to build relationships, to learn from Norway and to offer our expertise,” says James Bowie.