“A huge victory for southern Norway” 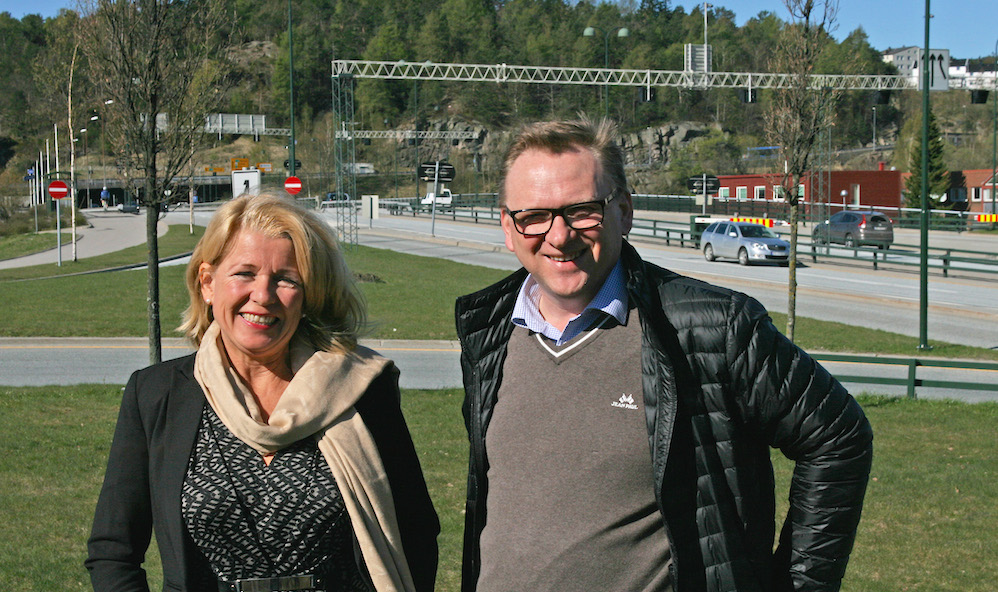 Siri Mathiesen and Trond Madsen in NHO Agder are confident that the new road company will be based in Agder, creating job opportunities for years to come.

New job opportunities, safer roads and shorter distances between the major cities – these are the benefits of the road construction project that was recently announced.

“This is indeed a huge victory for southern Norway, for companies based here, for people living here and for the region as a whole. It is also a result of a great team effort”, says Siri Mathiesen, CEO of NHO Agder.

She is still buzzing from the exciting news at last week’s press conference, where the government declared that they are going to build new roads for NOK 130 billion over the next 20 years. The road projects E 39 Kristiansand-Ålgård and E 18 Langangen-Grimstad will receive the majority of the money, which will come from a new state-financed company established by the government.

More attractive region
“New and improved roads will make it easier to commute. It will also attract people with crucial skills and education to the region. This is especially important now, as we see a shift in the oil and gas industry. We want to keep the people working in this sector in our region. We can’t afford to lose this competence”, Trond Madsen, advisor for NHO Agder, explains.

Now NHO Agder is working on locating the new company in Agder.

“It makes sense, given the fact that our region will receive the majority of the roads , we have road projects that are ready to be built, we have experience with this type of project and our university (UiA) has crucial expertise”, Mathiesen says.

Important on many levels
CEO of GCE NODE, Anne-Grete Ellingsen, says NHO Agder has done tremendous work on the road project, including years of political lobbying.

“This is a brilliant example of what great team effort and common goals can achieve”, Ellingsen emphasizes.

“The development and improvement of these road sections is of great importance for the whole region, not only with regard to road safety, but also for the development of a strong regional housing and job market”, Ruud says.