A Norwegian strategy for hydrogen 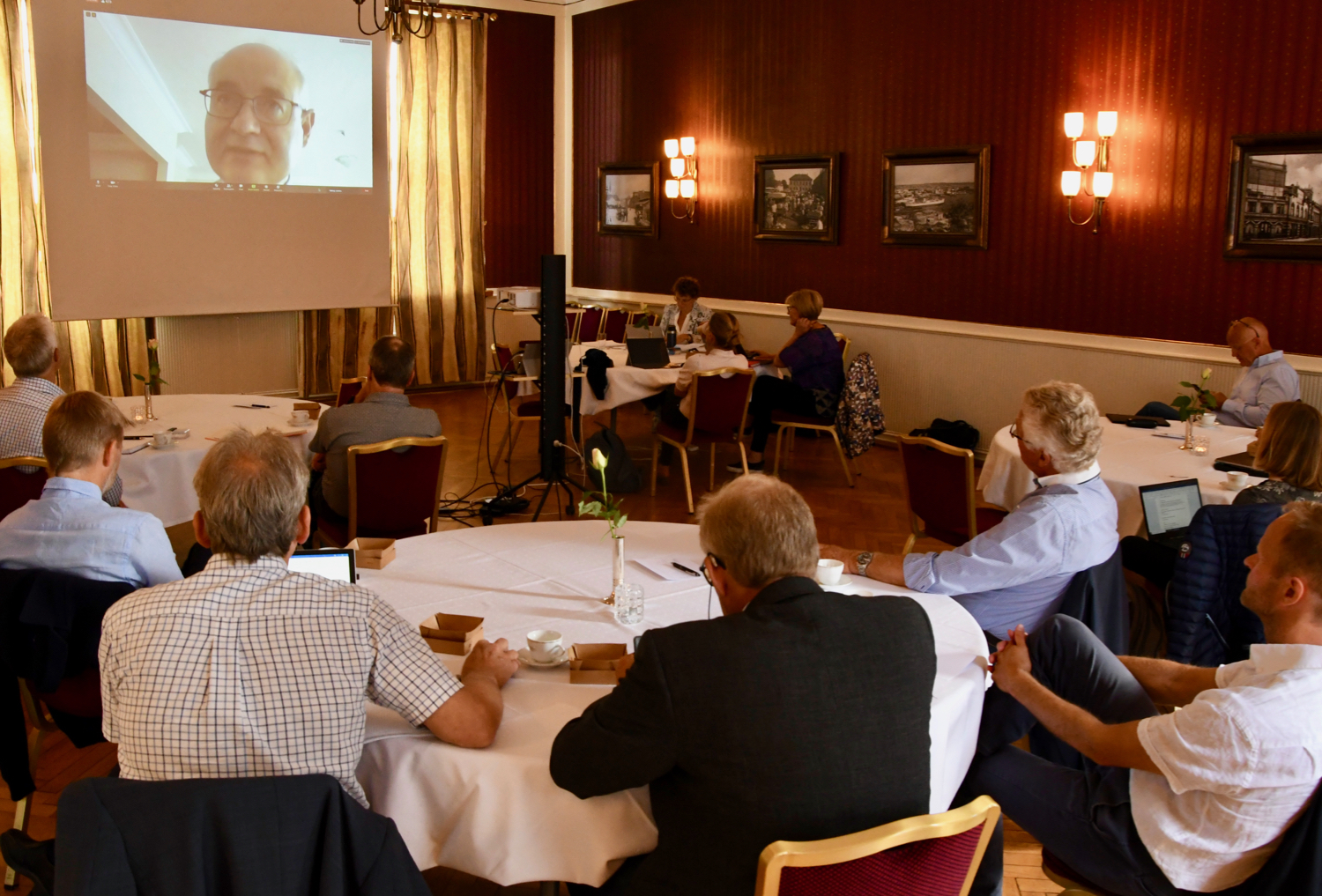 Just minutes after the Norwegian government made public its first hydrogen strategy, more than 500 people attended the Norwegian Hydrogen Conference 2020.

20 attendees, representing companies in the GCE NODE cluster, gathered in Kristiansand to watch the web-based conference together.

Minister of Petroleum and Energy, Tina Bru, gave the introductory speech, in which she underlined the potential that hydrogen represents in a transition to a low-emission society.

“For hydrogen to be a low emission energy carrier, it must be produced with low or no emissions – either by electrolysis from renewable hydro power, from natural gas, or from other fossil energy sources paired with CO2 handling,” Bru stated in the strategy.

38 speakers and hydrogen experts gave input to the hydrogen conference, either in person in Oslo or via link, as the conference was reshaped to a webinar due to Covid-19 restrictions. At the most, more than 500 people across Norway and from abroad followed the conference.

Speakers were, of course, in general very optimistic and enthusiastic towards hydrogen. Jon André Løkke, CEO at NEL, said hydrogen is becoming relevant in all forms of mobility.

“We are well beyond the research and development phase. We are in the middle of a scale-up and industrial roll-out. That is how ready this technology is. Politicians and the markets have consistently underestimated the development of hydrogen. Prices will continue to drop faster and demand will increase faster than most people anticipate,” said Løkke.

Some called for a state-owned hydrogen company to lead the way, others said that the business sector is very much prepared to step up.

“Norwegian businesses are taking a leading role in this because it is good for business. In order to succeed, we need a market,” said Ole Erik Almlid, Director General of the Confederation of Norwegian Enterprise (NHO).

“We are working with our natural gas customers on how they can make the transition to hydrogen. This could really make a difference, and significantly decrease demand for oil and gas,” said Eikaas.

For anyone concerned with the consequences this could have for the huge work force in the Norwegian oil and gas industry, Emrah Durusut, Associate Director at consultancy Element Energy, provided some comfort.

“Hydrogen builds on the same competence base as oil and gas. Big scale hydrogen generation will replace a large number of jobs that will no longer be needed in oil and gas,” said Durusut.