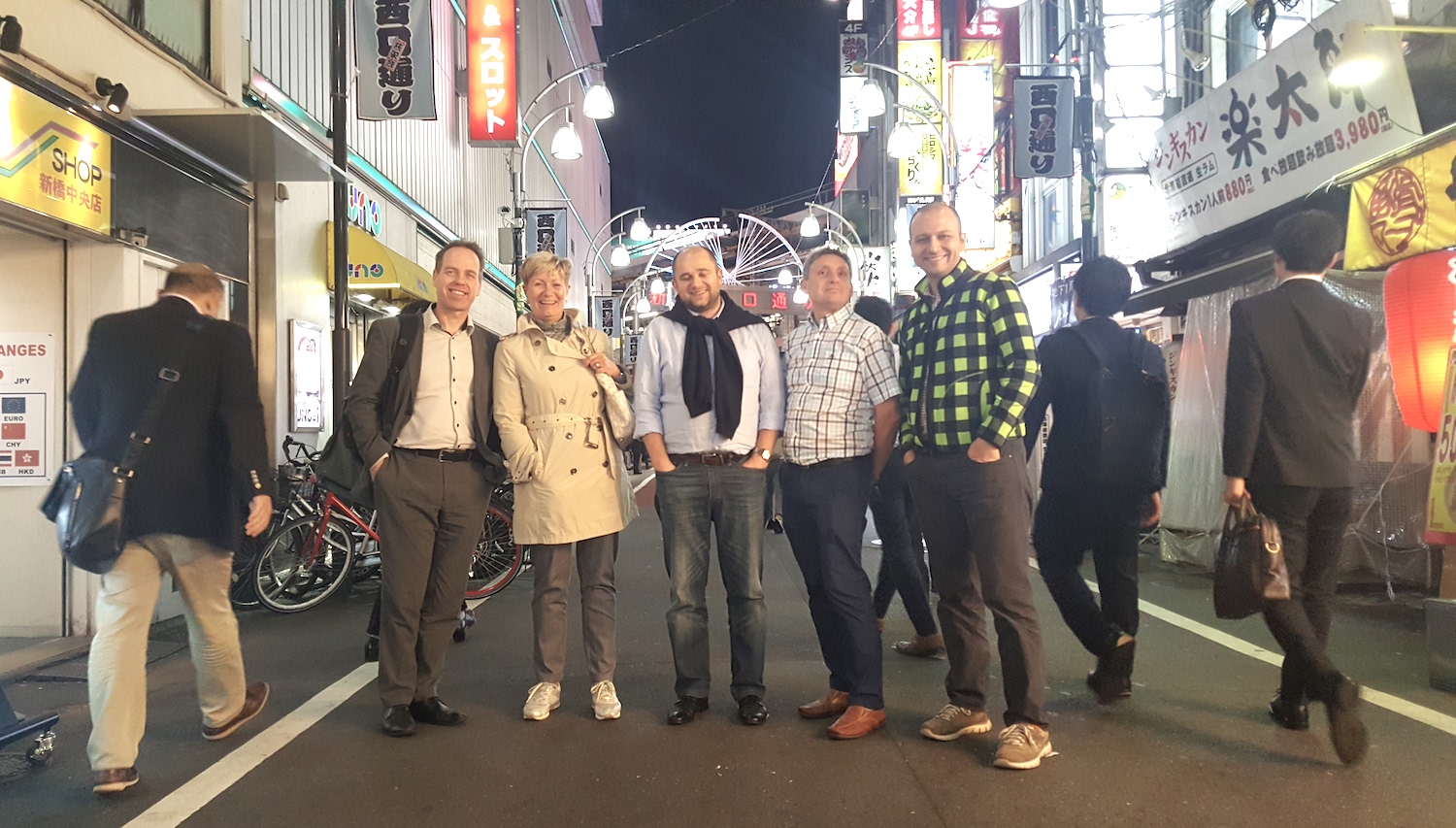 GCE NODE and research partners return from Tokyo with plans for a stronger collaboration between Japan and Norway.

“We have had a series of targeted meetings with key players in the fields of robotics, new materials, automation and digitalization. The Japanese consider themselves to be 20 years behind in oil and gas. But with the influx of data, sensors and robots in all industries, a field in which Japan is often considered the frontrunner, it is obvious that a mix of Norwegian and Japanese technology and competence could be both innovative and powerful,” says Anne-Grete Ellingsen, CEO of GCE NODE.

Her visit to Tokyo last week was the second within a year. Last fall, Ellingsen and GCE NODE was part of a Norwegian business delegation to Japan, led by Minister of Trade and Industry Monica Mæland. That trip resulted in the purchase of high-tech equipment for Mechatronics Innovation Lab and useful new relations, which again produced an invitation from The Nippon Foundation for Ellingsen to speak at in international seminar on oil, gas and other ocean space industries.

Along came representatives for three of GCE NODE’s research partners: The University of Agder, Teknova and Christian Michelsen Research (CMR).

“We constituted a well prepared and effective team. We had great meetings and discussions with our Japanese counterparts, and look forward to a closer collaboration to establish joint research programs between Norway and Japan,” says Ellingsen.

OCEAN STRATEGY
As one of the largest independent and non-profit grant funding organizations in Japan, The Nippon Foundation cooperates closely with government, industry and academia. Nippon Foundation has an Ocean Strategy for Japanese companies and research partners to develop innovative technologies for the offshore oil and gas industry, offshore renewables and subsea mining, in combination with other technologies, such as Internet of Things and Artificial Intelligence.

At the international seminar in Tokyo, attended by 250 people from around the world, Nippon Foundation presented plans to pursue international research programs with partners from three key countries: UK, USA and Norway.