”A world-class university for mechatronics” 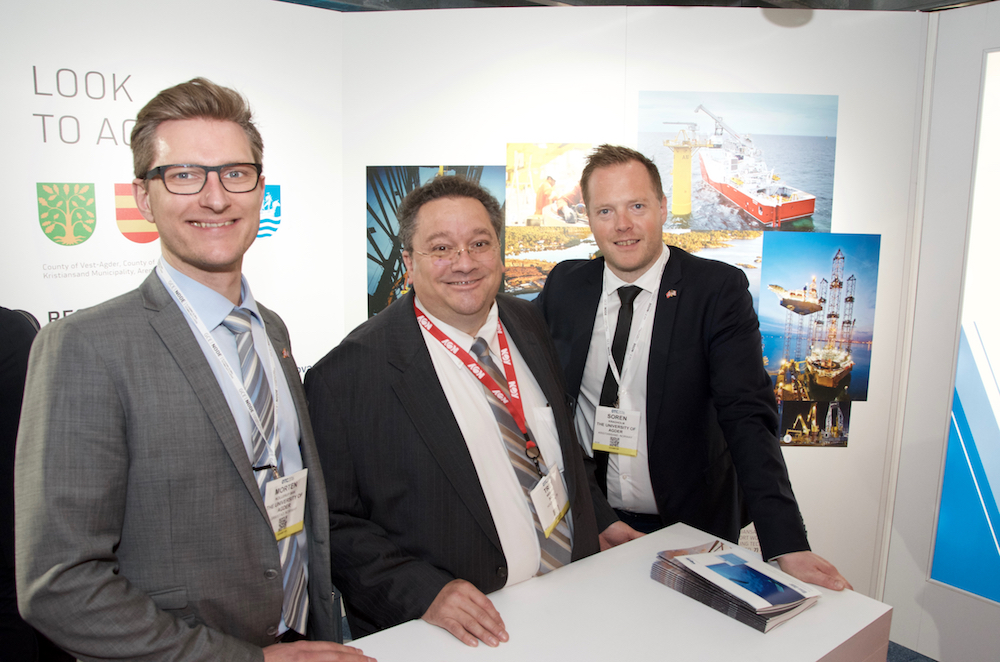 Vice President of Innovation Trey Mebane at National Oilwell Varco praised the University of Agder at an event prior to the opening of OTC in Houston this week.

”The University of Agder is a world-class university for mechatronics. The university has developed tremendously in recent years and has entered the global stage. I’m very proud of what Rector Frank Reichert and his team have accomplished”, said Mebane.

“For the size of the city, it is unbelievable how much support our industry enjoys in and around Kristiansand. The industry is backed up by a world-class university and a globally oriented NODE cluster. This makes me very bullish on behalf of the city and the region”, said Hack.

Senior Adviser Søren Kragholm at the University of Agder, and Project Manager for the Mechatronics Innovation Lab, Morten Kollerup Bak, appreciate how the Americans’ refer to the university.

“Since 2010 the University of Agder has been occupied with forming a close cooperation with the region’s businesses, with GCE NODE and the supplier industry as our strongest partnership. We are proud of what we have accomplished, and we are happy to hear that the industry, also here in Houston, share this view. The field of mechatronics in Grimstad is outstanding and gets a lot of deserved praise”, says Kragholm.

“Both the university and the industry in our region are committed to being world leaders in mechatronics. In recent years we have taken some big steps forward. SFI Offshore Mechatronics, Mechatronics Innovation Lab, and the fact that the NODE cluster was promoted to Global Center of Expertise, are all important steps for both for the industry’s and the university’s further development in this area”, says Bak.

Cooperation between government, academia and industry in southern Norway has previously been referred to as an example of great cooperation by CEO Arvid Hallen at the Research Council of Norway in an article titled “Look to Agder.”

The university also heads the Offshore Data Community project, which involve both academic and industrial partners in Norway and the USA.