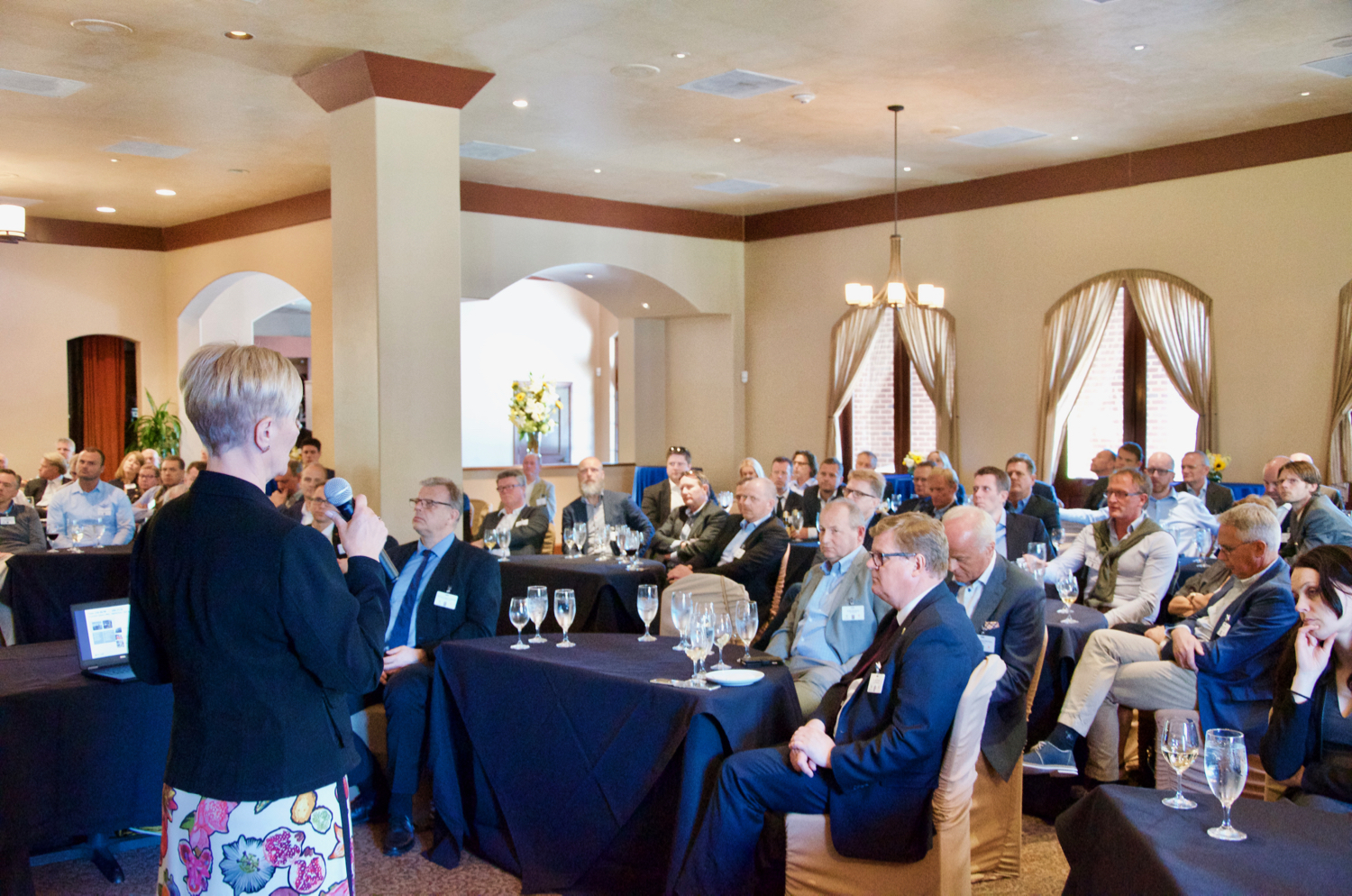 CEO of GCE NODE, Anne-Grete Ellingsen, gave a presentation at the Agder Reception in Houston Sunday.

125 representatives for Agder companies and organizations met in Houston Sunday for a pre-OTC reception.

Hosted by Aust-Agder and Vest-Agder counties for the fifth consecutive year, the reception on the eve of the world’s largest oil and gas expo, OTC, has become increasingly popular.

“We are delighted to host this event to promote the oil and gas industry, which is so important to the Agder region,” says Tore Askildsen, Deputy County Mayor of Vest-Agder.

Presentations were given by Norbye, Fidjeland, Anne-Grete Ellingsen (CEO of GCE NODE) and Harald Furre (Mayor of Kristiansand).

See pictures from the event