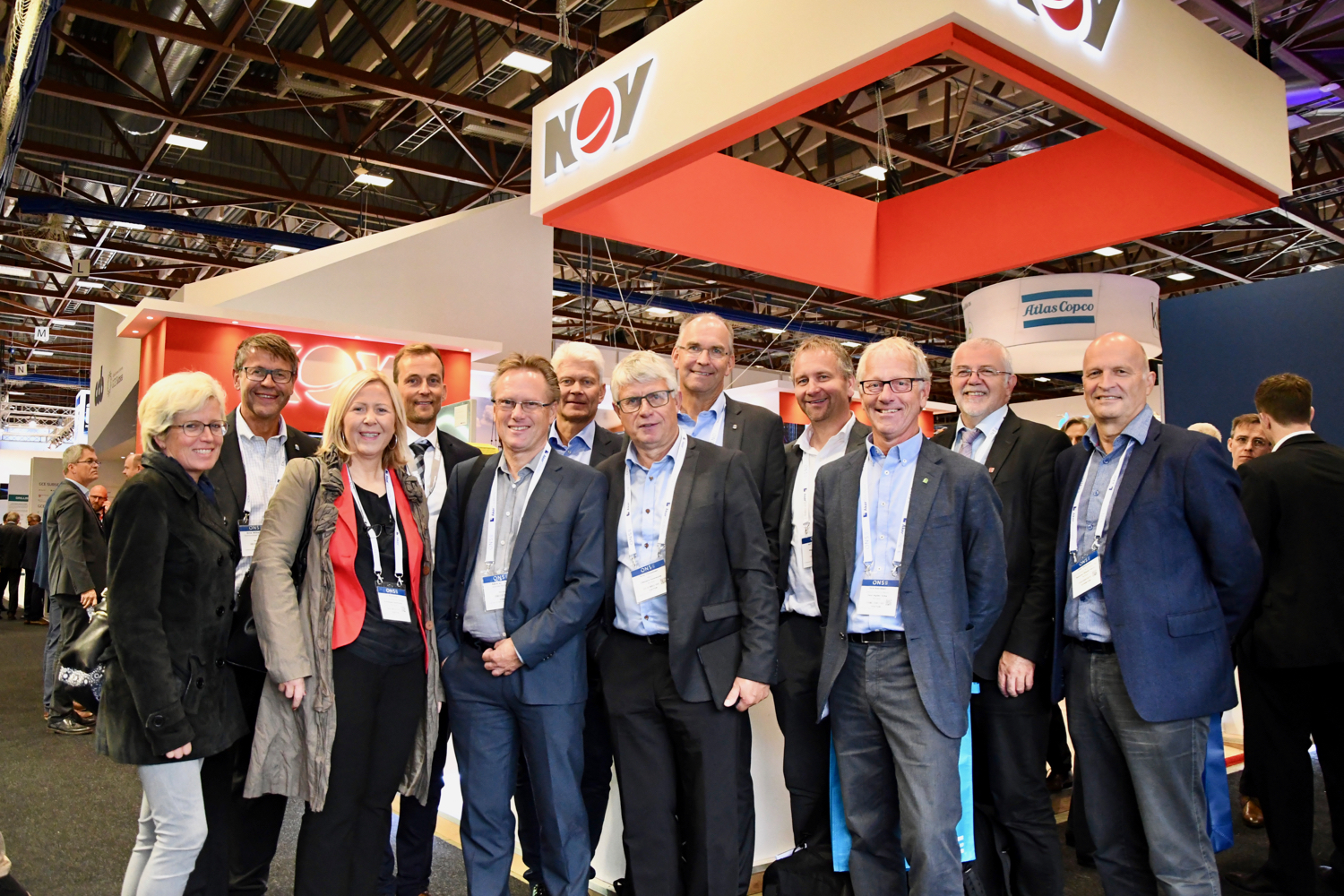 The top political and administrative level of several cities and both counties in the Agder region concluded a two-day visit to ONS Wednesday.

“We highly appreciate the support from the counties and municipalities in Agder. It is extremely important for the industry to have the backing from an entire region. Mechatronics Innovation Lab and seed funding are two examples of what we can achieve when we work together,” says Anne-Grete Ellingsen, CEO of GCE NODE.

She considers ONS to be one of the most important arenas to position and promote Agder and its industry, both internationally and nationally.

“For Agder, this is marketing at the highest level,” says Ellingsen.

City mayors and business managers from Arendal, Grimstad, Lillesand, Kristiansand, Mandal and Kvinesdal attended ONS on a joint bus tour, organized by GCE NODE. They were accompanied by both the mayors and deputy mayors of Aust-Agder and Vest-Agder counties.

At ONS, the Agder delegation visited the stands of more than 20 GCE NODE companies. They also attended meetings and seminars – all within a span of 40 hours. Afterwards, the feedback was overwhelmingly positive.

“As politicians it is important to learn more about the local and regional business sector. I am impressed by what I have seen. These have been two very interesting days, well organized and educational,” says Arne Thomassen, mayor of Lillesand, who attended ONS for the first time.

“I would like to thank GCE NODE for arranging such an efficient and well-planned trip,” says Strand.