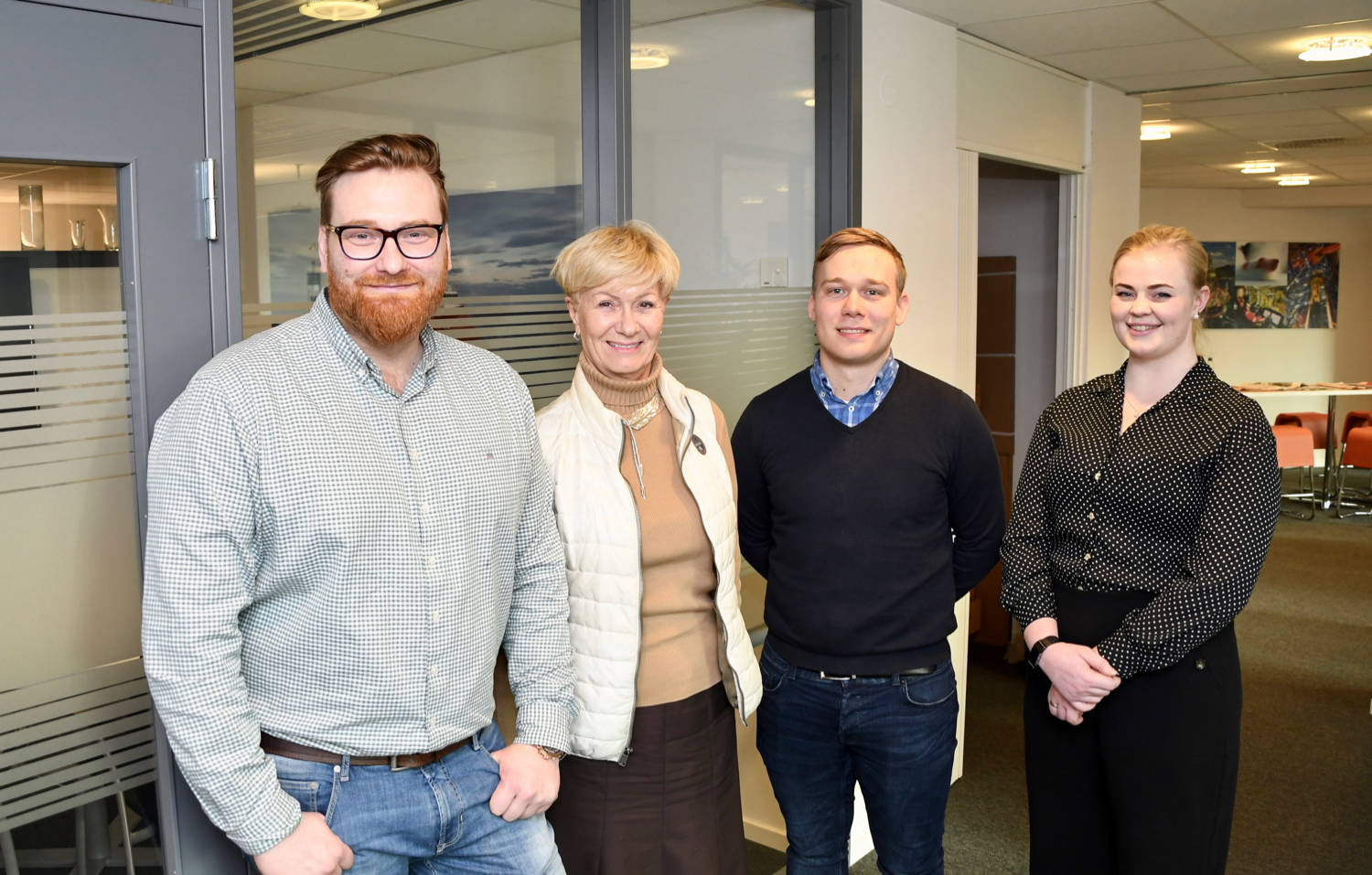 A virtual artificial intelligence robot could change the way companies go digital and how they improve efficiency.

“We believe we have the potential to disrupt an entire industry,” says Johan Wedel, founder of gridd.ai robotics.

This belief is somewhat shared by IBM, which has granted the Kristiansand start-up access to immense computing power to develop their idea.

gridd.ai robotics recently won the Innovation Award at Career Day at the University of Agder. On the jury was Anne-Grete Ellingsen, CEO of GCE NODE. Following the award ceremony, she invited gridd.ai to present their business idea for the entire NODE team.

“We are looking for a large company, or a group of medium-sized companies, that would be interested in testing our system. Many of the NODE companies could fit perfectly,” says Wedel.

The start-up is a pure University of Agder product, founded by students at the Institute for Information Systems, headed by business administration master student Lage Gundersen and staffed with part-time workers and volunteers from various other University of Agder institutes.

“Industry professionals who have been allowed to take a peek at our system, claim that our solution is so disruptive that thousands of consultants around the world could lose their jobs,” says Gundersen.

He continues: “We agree on that, but our system also needs operators and trainers. The long-term effect just means that the consultants will work in a different way – with digitalization happening faster and serving more customers”.

Adds Wedel: “We are only six months into this journey, but very excited with where we are headed.”