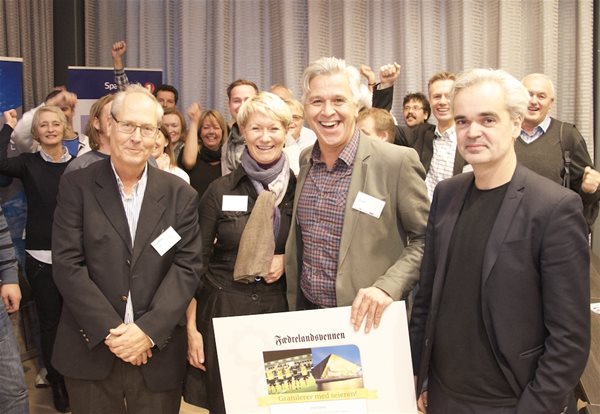 – Fantastic! This has been a superb teambuilding effort and a manifestation of the competitiveness of our employees. We were flattered just to be nominated as one of eight finalists. But as the competition opened, we rallied hard to win votes, says a very happy CEO of Air Products, Tom Cantero.

The award “Årets Sørlandsbedrift” is given by the newspaper Fædrelandsvennen. In the final round, Air Products received 3560 votes, marginally more than Trimtex Sport’s 3417 votes.

Anne-Grete Ellingsen, CEO of GCE NODE, served on the jury for the award. She was one of the first to congratulate Air Products.

– I am very happy on their behalf. Air Products is characteristic of many NODE-companies: Highly competent employees with great success in the global market, says Ellingsen.

Air Products Norway, based in Kristiansand, is a leading manufacturer of gas processing systems for offshore, shipboard and landbased use. Today more than 15,000 gas separation systems based on Air Products proprietary membrane technology are in operation or under contract worldwide.