Another NOK 30 million for MIL 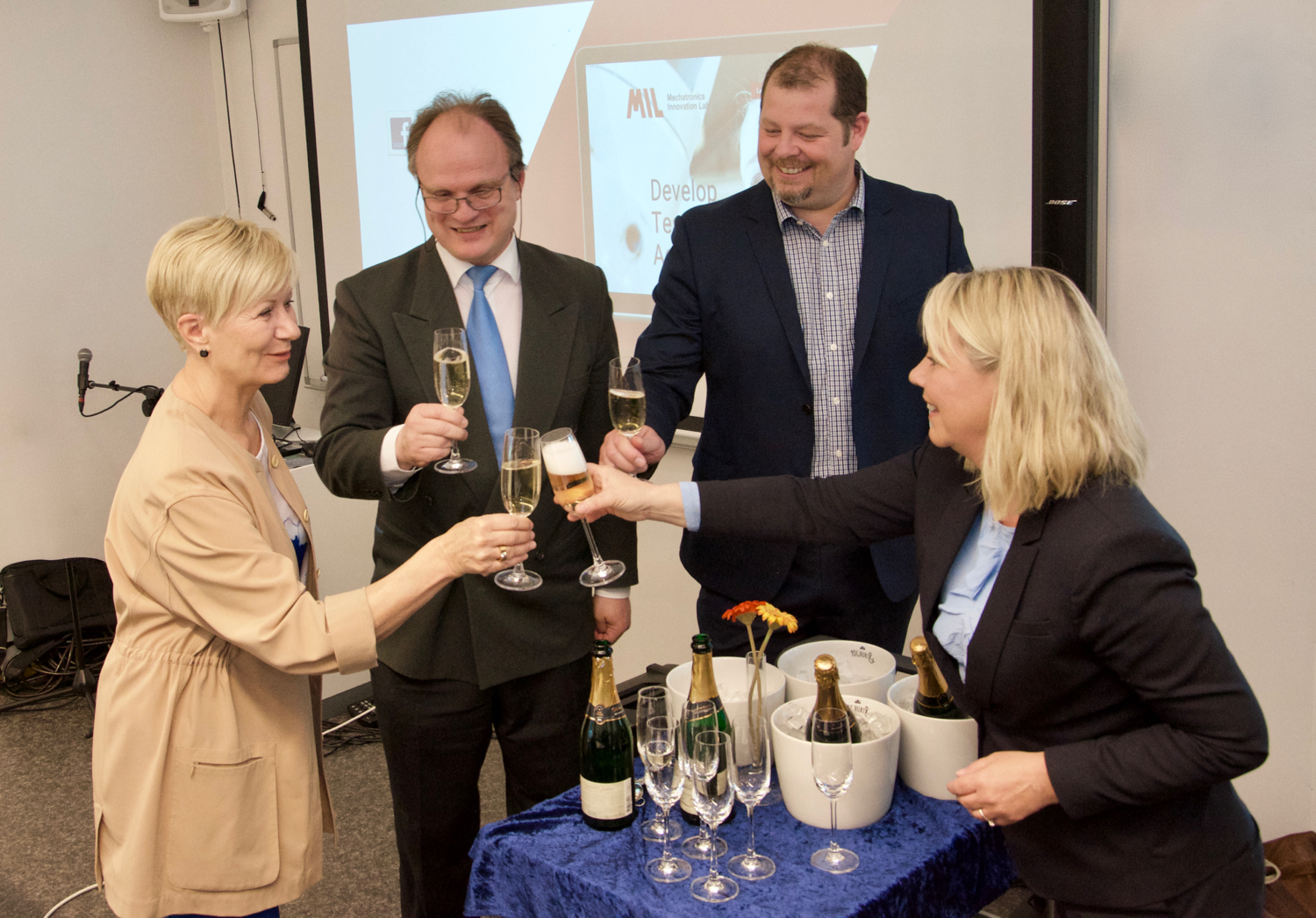 Champagne at the University of Agder Monday morning, as Mechatronics Innovation Lab received an additional MNOK 30 from the Norwegian government.

”This is exactly what we need to make our dream come true,” says Frank Reichert, Rector at the University of Agder.

He popped four bottles of non-alcoholic champagne just minutes after Monica Mæland, Minister of Trade and Industry, had revealed that Mechatronics Innovation Lab will receive NOK 30 million in the revised national budget that will be presented later this week.

Mæland came to the university’s Grimstad campus accompanied by representatives from the Progress Party, the Liberal Party and the Christian Democratic Party, to visualize the broad political support for MIL, and to share credit for securing the necessary funding to the national pilot-test laboratory scheduled to open August 16th.

“I am impressed with the fact that this project has survived the downturn in the oil and gas industry. The private partners could easily have abandoned it, but instead it has built support. Anne-Grete Ellingsen in GCE NODE and the University of Agder have done a tremendous job promoting it,” said Mæland and added:

“We need similar test facilities for other industries, where small and medium-sized enterprises can come to test new ideas and equipment,” said Mæland.

Bernt Inge Øhrn, CEO of MIL, says the additional money will be spent on equipment for material testing, on more computer power and on the ‘future production’ part of the lab.