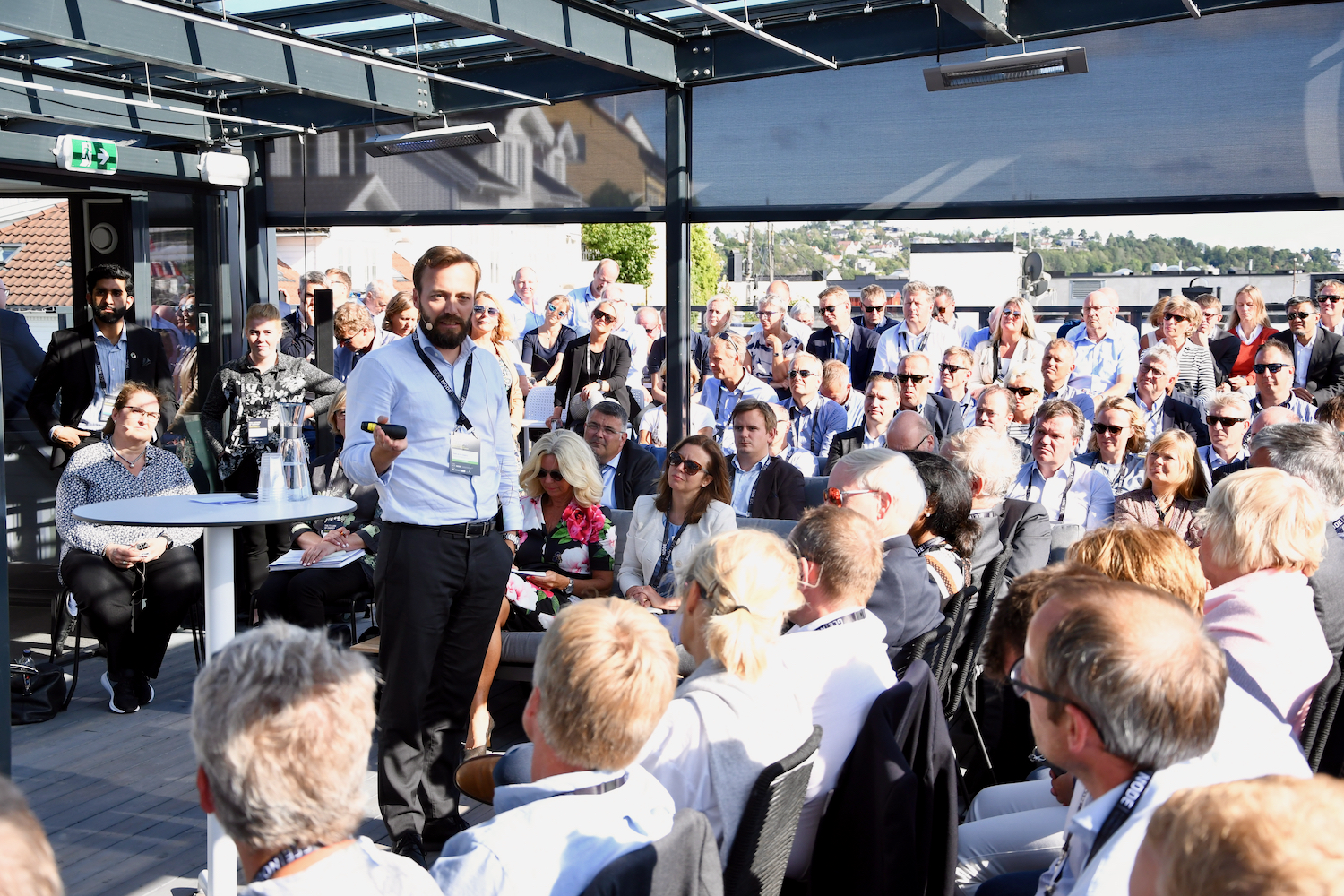 150 people attended the event on the rooftop of Arendals Fossekompani.

Arendalsuka 2020 has been cancelled due to Covid-19 restrictions.

“This is a very hard decision to make, but health and safety will always be our top priority”, says Chairman of the Council of Arendalsuka, Robert Cornels Nordli.

Arendalsuka has become an increasingly important and popular arena for business and industry. GCE NODE has traditionally organised several events during Arendalsuka to give NODE companies visibility and an opportunity to market themselves and the region, as well as voice issues, which are vital for securing the region’s competitive edge.

More and more companies find it useful to take part in the program which is a great mix of business and politics, and an important arena for networking.