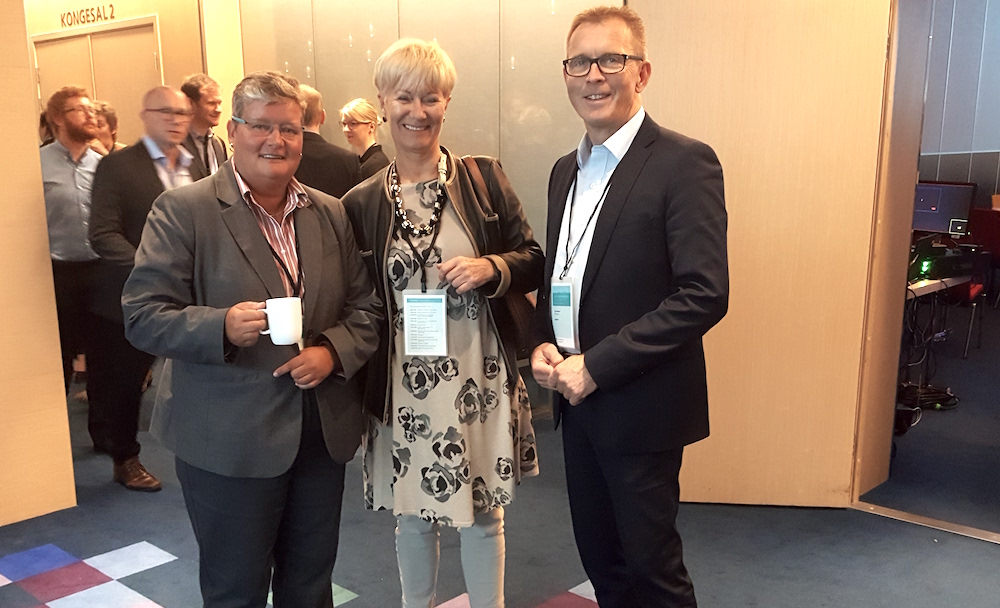 Nine representatives of GCE NODE and NODE companies were among the 120 participants especially invited to a national Ocean Conference in Bergen.

The conference, officially opened by Prime Minister Erna Solberg, was initiated by the Minister of Industry, the Minister of Fisheries and the Minister of Oil and Energy. Its purpose was to develop a strong Norwegian Ocean Cluster, by encouraging increased interaction between the offshore industries.

Stated in the invitation to the conference: “The ocean is the common denominator of the main Norwegian industries, represented by the oil and gas industry, the maritime industry and the seafood industry, measured in value creation. In the future, the development of new offshore industries will also contribute to value creation. Production of seaweeds, fishing for unknown species, aquaculture facilities far offshore, subsea oil and gas plants, large scale offshore wind farms and subsea mining are among the possibilities currently being discussed.”