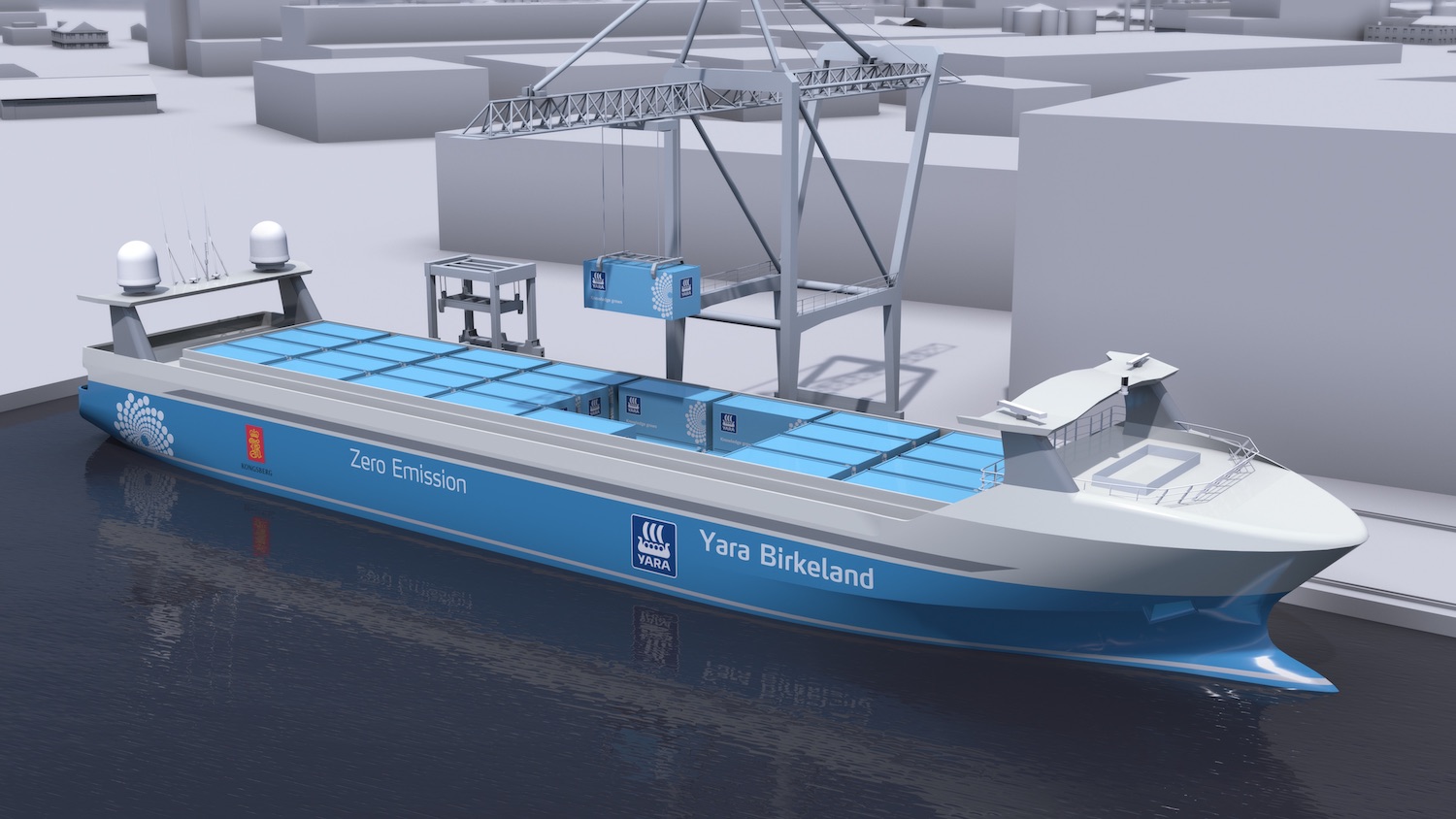 Yara Birkeland will undergo extensive testing in Brevik over the next months.

Yara Birkeland will transport fertilizer from Yara’s plant in Porsgrunn via inland waterways to the deep-sea port of Larvik and Brevik, a voyage of 31 nautical miles, without crew on board.

“We are of course delighted to be part of a pioneering and future-oriented project like this. Yara Birkeland is one of the most talked-about maritime innovations in the world, and a strong contributor to a green transition in the transport sector. We did not hesitate when Kongsberg Maritime, having the main responsibility for the ship’s autonomous functions, asked us to join their team,” says Eivind Gimming Stensland, Director of Technology and R&D at MacGregor’s Offshore Solutions Division.

Yara Birkeland is a driverless and electrically powered container ship. When in operation between the port of Brevik and the fertilizer terminal at Herøya in Porsgrunn, Yara Birkeland will reduce and replace 40,000 truck journeys annually. The positive effects for the local environment are decreased noise and dust levels, decreased NOX and CO2 emissions, and improved road safety.

After being handed over from the yard, the vessel will undergo extensive testing before it is put into operation later this year. In the first phase Yara Birkeland will be managed manually with a reduced crew on board. In the second phase, the ship will be remotely controlled from an onshore operations center, and ultimately sail without a captain or any other crew.

ROBOTIC ARM
“Our task has been to develop a driverless mooring system for Yara Birkeland, a system that ensures that the container ship is moored safely and efficiently every single time,” Stensland explains.

In combination with traditional products, MacGregor has developed a 7-axis electrically powered robotic arm with a 21 meters reach. MacGregor has supplied two such robotic arms, one mounted aft of the container ship, and one mounted forward. The robotic arms will grab the mooring rope and place it over the bollard, while traditional mooring winches make sure to tighten the rope. The robotic arms have both sensors and a camera, which enable them to move in relation to the position of the rope and bollard.

MORE ASSIGNMENTS
“The development of the autonomous mooring system originally began as a research project together with the University of Agder in 2016,” Stensland explains.

The plan was to build a robot for assembling facade plates. However, when MacGregor engineers became aware of Kongsberg Maritime’s need for an automatic mooring solution for Yara Birkeland, they saw new usages for their robotic arm in combination with already existing technology.

“Throughout this project, we have developed a new working process. For instance, we have made simulations of the mooring system and used these to test the control system, algorithms and sensors. For us, this is a new way of working. Combined with increased knowledge and skills development, this has led to the development of other innovative solutions and resulted in several new and exciting assignments for us at MacGregor,” says Stensland.