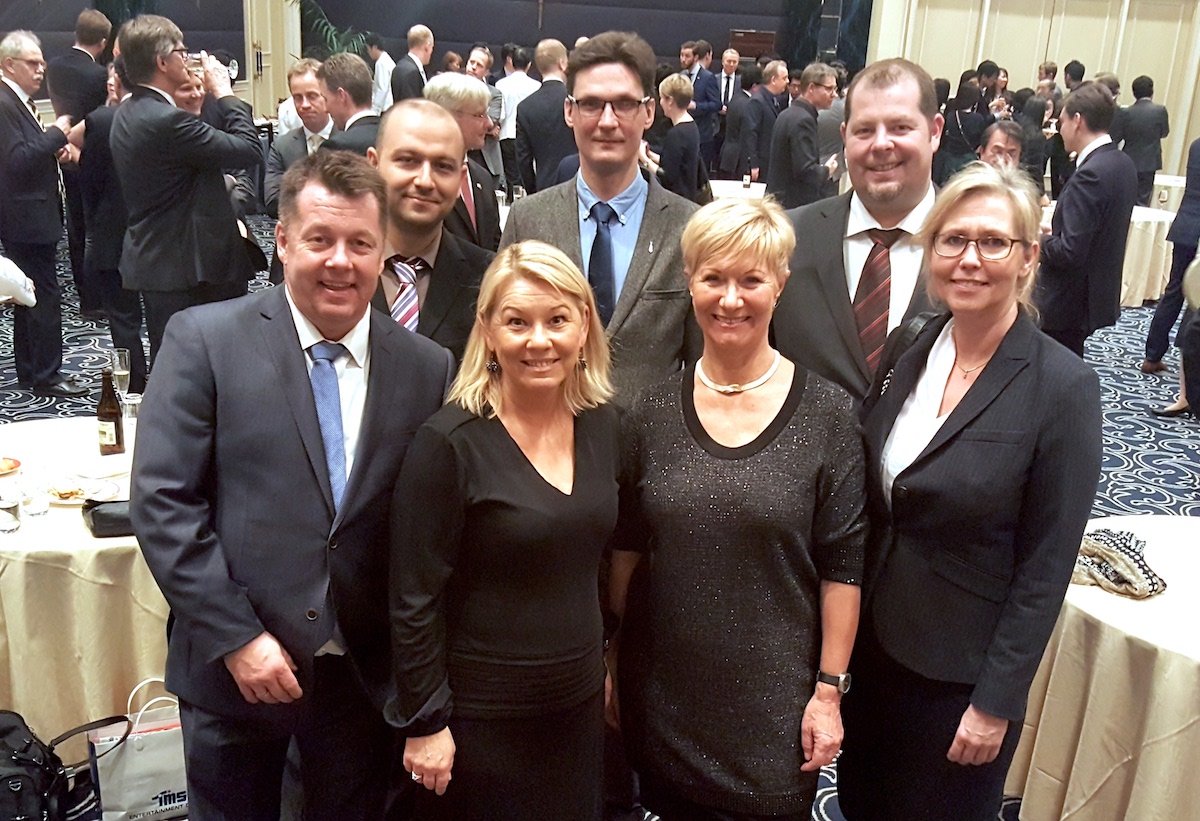 A delegation from Agder accompanied Minister of Trade and Industry, Monica Mæland, on a trip to Japan this week to study robots.

“We are here to learn, to build networks and to identify possible partners for research, development and innovation projects within robotics and digitalization. It has been a very interesting and productive visit, and we take back a lot to Agder, where we will continue to explore how robotics and automation can help our companies stay on top of their game and also make use of their competence and technology in new markets,” says Anne-Grete Ellingsen, CEO at GCE NODE.

Japan is the world’s third largest economy, behind the United States and China. It is known for its fascination and extensive use of robots.

One of the companies that the Agder delegation visited was Glory, a company that specializes in automation of production of money machines for the global market. Glory has been able to home-source its production from China to Japan by establishing a production process in which robots and humans interact and cooperate.

“We see the same trend in the many small and medium-sized industry workshops in Agder. Some have already home-sourced their production from low-cost countries. More could follow, if they fully explore the opportunities presented by robots and automation,” says Ellingsen.

Minister of Trade and Industry, Monica Mæland, says the purpose of the trip was to identify what Norwegian businesses can offer Japan, and vice versa. Outside of Europe, Japan is one of the most important markets for Norway.