Building the high-speed vessel of the future 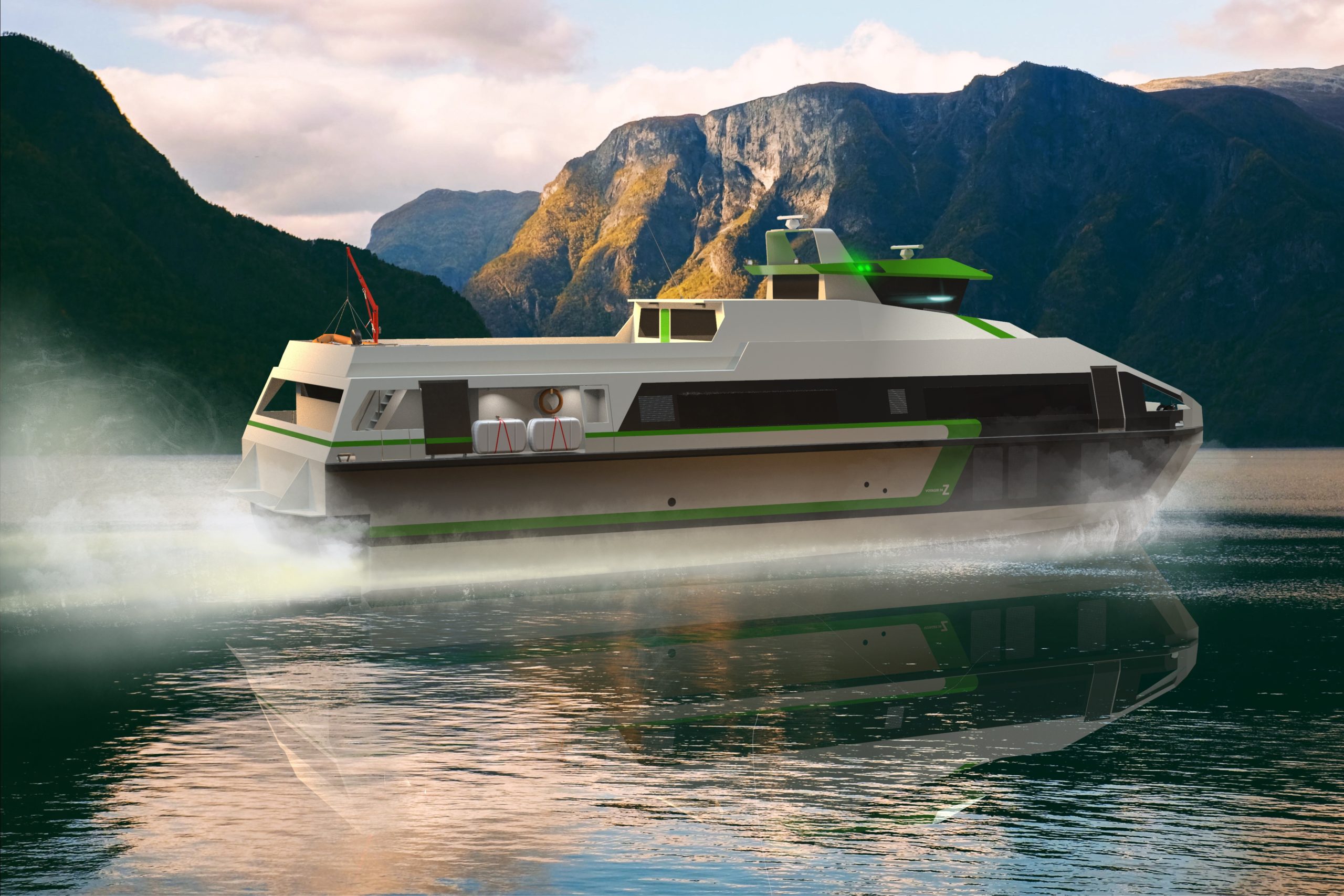 Umoe Mandal is already in the market with the lightweight, high-speed people transporting vessels and look forward to competing to participating in a new design-and-build competition.

The High-Speed Vessel of the Future competition was launched in October 2021 by the county municipalities of Trøndelag, Vestland, Nordland, and Troms and Finnmark.

The goal is not only to develop a vessel with zero emissions, but also to reduce energy consumption by a minimum of 30 percent compared to traditional vessels. The vessel must carry at least 150-180 passengers, cruise at 30-40 knots, and have a range of 40-80 nautical miles.

«Passenger traffic along the Norwegian coast must become greener if Norway is to achieve its climate goals. We are building on 30 years of experience from designing and delivering unique naval and commercial high-speed vessels. This new concept under development, is based on our well proven air-cushion catamarans,” says Tom Harald Svennevig, CEO of Umoe Mandal.

Over the next four months Umoe Mandal will continue to work on the concept. Together with Eker Design, ESNA, LMG Marin, SES-X, and Transportutvikling, Umoe Mandal is granted NOK 1.5 million to participate in the competition.

In April 2022, up to four companies will be invited to participate in the second phase for further development and model testing of the design, while the final phase of the competition starts at in late 2022 or early 2023. At that point, no more than three companies will complete documentation and finalize calculations of how much it will cost to actually build the vessels.

Companies involved in the project at the very end can receive up to NOK 16.5 million each in grants.

“We are already in the market with well proven air-cushioned catamarans with a low environmental footprint. Recently one of the vessels operating in the offshore wind industry, passed an impressive milestone of five times around the world in five years. Fuel-efficiency of this lightweight, high-speed ferry further emphasizes our commitment to making sustainability a priority when designing our vessels,” says Svennevig.

In May 2023, the design part of the project will be completed. If successful, the ambition is to build and test a vessel in the Trondheim Fjord in 2025.

The project is supported by Klimasats, a support scheme under the Norwegian Environment Agency for reducing greenhouse gas emissions.