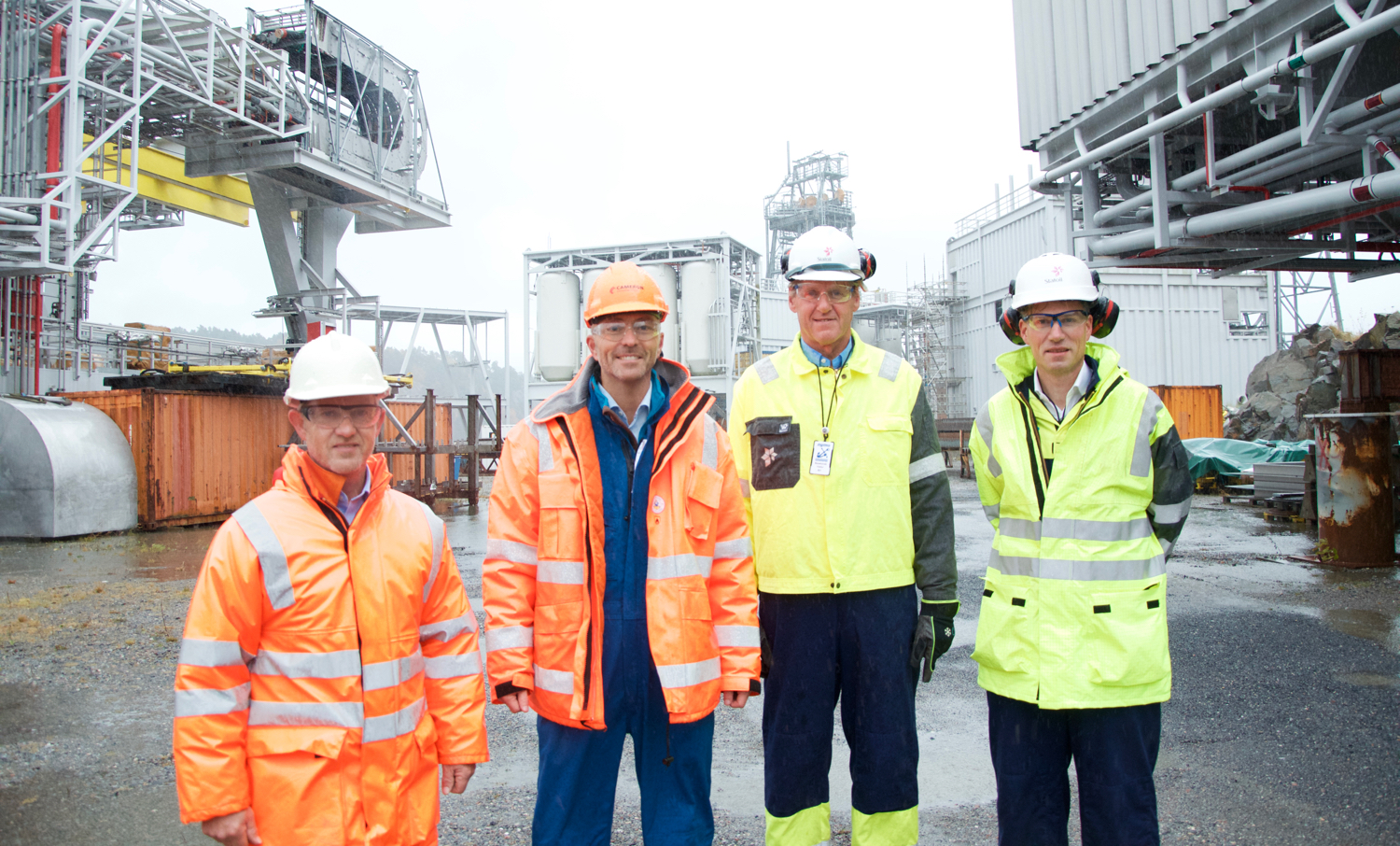 Left-right: CEO Øyvind Boye at Nymo, CEO Jarle Dyrdal at Cameron, Project Director Peregrino 2 Geir Birkeland at Statoil and Statoil representative Trond Gulichsen surrounded by drilling modules at Nymo in Grimstad. By 2019, the equipment will be operational in Brazil.

The deal was announced Monday morning at Nymo in Grimstad, where the nine modules were manufactured and where they have been stored since a deal with the original buyer was cancelled in 2013.

Statoil has purchased the modules to fit on to a new platform headed for the Peregrino field some 80 kilometers east of Rio de Janeiro. Statoil has been operating Peregrino since April 2011 and plans to extend the lifetime of the field by installing a third platform.

“This is a good solution for all parties involved. We are pleased to see the modules go to the Brazilian market, where they were originally intended to go”, says Jarle Dyrdal, CEO at Cameron Sense in Kristiansand.

The deal with Statoil is an engineering, procurement & construction (EPC) contract, which will include Nymo as a subcontractor.

“We will be involved in modification, adaptation and completion, and also in building one last smaller module”, says Øyvind Boye, CEO at Nymo.

Peregrino is the largest Statoil operated field outside of Norway, with a production capacity of 100,000 barrels per day. A second phase of the project, which includes installing a third platform, was put on hold when the oil price plummeted in 2014.

“We needed to look at ways to reduce costs. One strategic move was to build the platform in accordance with international standards, rather than Statoil’s company standards. This enabled us to purchase the drilling modules that were already produced by Cameron at Nymo”, says Geir Birkeland, Project Director for Peregrino 2.

The total cost has been reduced by more than 30 per cent since 2014, in large due to the purchase of the Cameron modules. The original break-even price at 70 dollars per barrel is now reduced to well below 45 dollars per barrel, according to Statoil’s representatives.