The Norwegian ambition to build 30 GW offshore wind within 2040 is met with excitement and applause at GCE NODE. 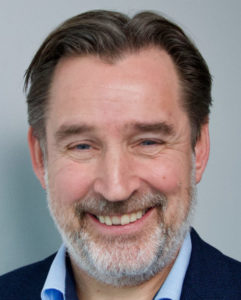 “Great news! This presents vast opportunities for the supplier industry in Agder and for Agder as a region,” says Rune Klausen, Head of Fremtidens Havvind and Project Manager at GCE NODE.

Just a short week after the Norwegian Prime Minister Jonas Gahr Støre came to Kristiansand to learn more about offshore wind, the government today announced the launch of a new chapter in the Norwegian energy saga.

“An ambition to build 30 GW in Norwegian waters by 2040 is phenomenal. 30 GW is equivalent to the all the energy currently produced by Norwegian hydropower plants,” says Klausen.

When presenting the new ambition during a press conference Wednesday morning, Støre stressed that competence and technology from the oil and gas industry is essential for succeeding in offshore wind. Støre referred to the meeting in Kristiansand where he was enlightened and inspired by Nekkar, Origo Solutions, GCE NODE and several more industry players.

“Several GCE NODE companies are already well positioned, and many more are exploring how they can transfer competence and technology from oil and gas to offshore renewables. Inspired by today’s announcement, we expect this transfer to accelerate,” says Klausen.

The build-up of a large Norwegian offshore wind industry could also be good news for ports along the Agder coastline, which could serve as bases and assembly points for offshore wind park operators and suppliers.

Building offshore wind parks on the Norwegian Continental Shelf, which is predominantly too deep for bottom-fixed installations, is likely to trigger an accelerated development of the floating offshore wind industry.

“We expect a majority of the 30 GW to come from floating installations. This is especially good news for the Norwegian oil and gas supplier industry, which is world-leading on floaters,” says Klausen.

He is excited about the business opportunities presented by this massive offshore wind initiative.

“A huge home market is exactly what we need to develop a Norwegian supplier industry which is already in an energy transition phase,” says Klausen.