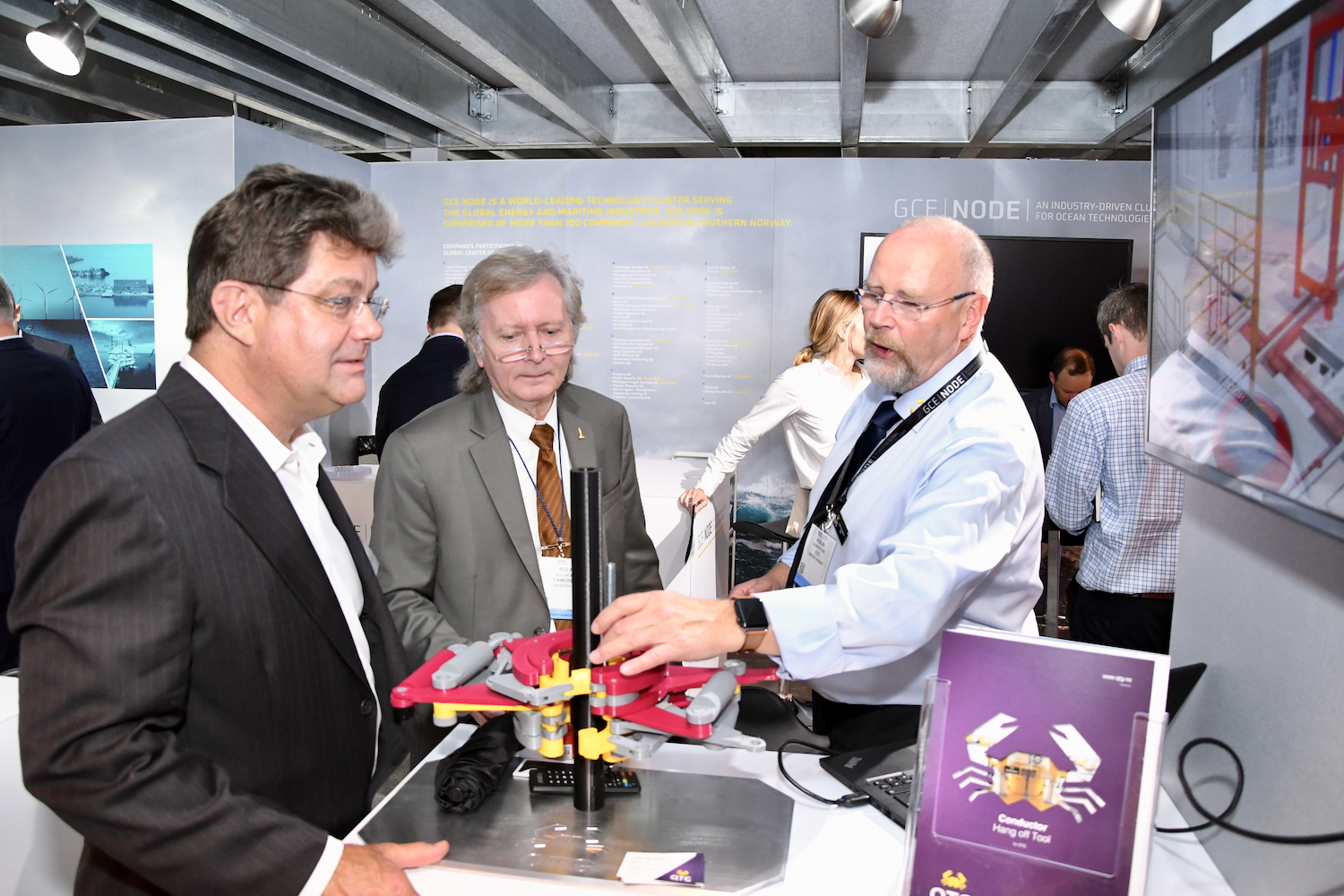 QTG and Global Ocean Technologies were pleased with being part of the GCE NODE stand at OTC.

This year, a record number six companies were part of the joint GCE NODE stand in Houston. For the fourth year running, NODE has occupied a section of the Norwegian pavilion at the global oil and gas expo.

Headquartered in Kristiansand, and with offices in Sandnes and Bergen, QTG came to OTC to promote their Safe Claw Iris, designed for a smoother handling of drill pipes.

“We don’t really expect to sell our products here at OTC, but to keep promoting them, as we have already done in Iraq, Australia and Brazil,” says Audun Sjursæther, Chief Operation Officer at QTG.

“I am very pleased with being part of the joint GCE NODE stand. NODE has taken care of everything, we just need to show up,” says Sjursæther.

“I believe in being well prepared. I do the work before I travel to OTC and after I return home. In advance, I make sure I will meet the people I would like to meet at OTC, and after returning home, I follow up on all contacts made during the expo. Any random encounter with other companies while in Houston, is a bonus,” says Thomas Granfeldt SVP at Global Ocean Technology.

He is pleased with the way GCE NODE has arranged the joint stand.

“Everything is well organized and we are happy to be part of the stand. We just wish it was cheaper. We have not decided whether to return next year or not, but it is my belief that participation at OTC should not be a one-off, but rather a consistent effort over three to five years,” says Granfeldt.

“GOOD FEEDBACK”
Anne-Grete Ellingsen, CEO of GCE NODE, is happy to hear that the companies participating at the GCE NODE stand seem pleased to have been part of the stand.

“The feedback is very good. Companies report a high number of visitors, the establishment of new relationships, and the possibility of new contracts in the wake of OTC,” says Ellingsen.

The GCE NODE stand served as a meeting point for all Agder companies and their partners during Happy Hour – a place to build new and strengthen old relations.

“Our pre-OTC-program, which included a full-day seminar with Rice University and the University of Texas, Austin, was very useful. And a technology breakfast seminar co-hosted by GCE NODE, GCE Ocean Technologies and Subsea Valley was well visited,” says Ellingsen.

“I was also pleased to see State Secretary Liv Lønnum at the Ministry of Petroleum and Energy, visit our stand,” says Ellingsen.