Concerned about a US-China conflict 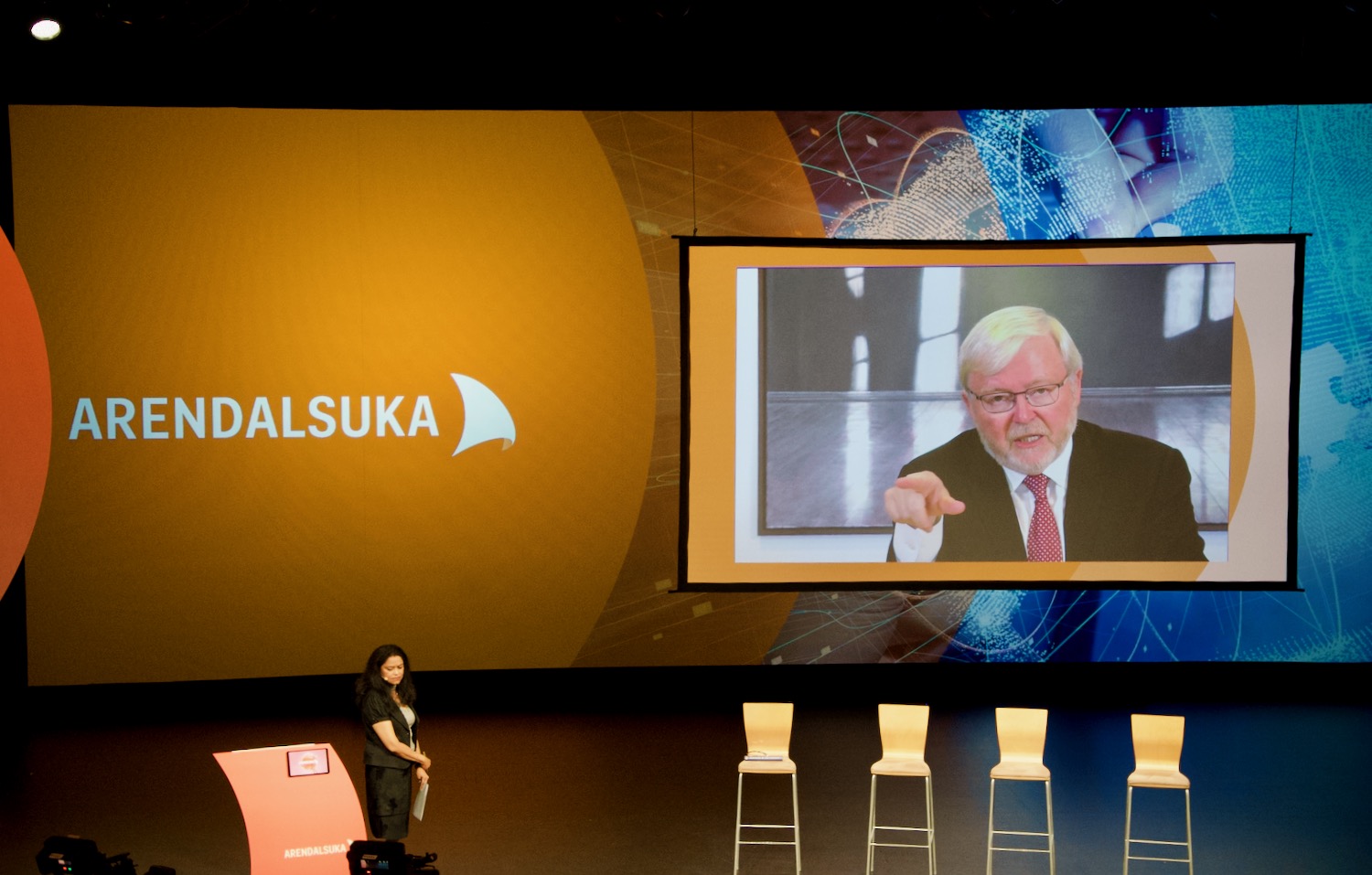 Former Prime Minister of Australia Kevin Rudd is an expert on China. He worries about the deteriorating relationship between China and the US.

“For the first time in 35 years, I am concerned about the possibility of a war between US and China,” says Kevin Rudd, former Prime Minister of Australia.

Having dedicated most of his life to studying China, Rudd recently published a book called “The Avoidable War”, in which he examines historic and recent US-China relations. Since then, a war broke out in Ukraine and tensions between US and China flared following US House Speaker Nancy Pelosi’s visit to Taiwan.

“War is no longer a distant memory from the 20th century. There is already a war in Europe and the possibility for a global war between the US and China seems more real than ever,” said Rudd.

Monday, he was one of the headliners of the Global Outlook Norway conference during Arendalsuka, an annual national political and societal event in the city of Arendal. Rudd was supposed to be present in Arendal but instead had to give his presentation via link, as he prioritized to meet the Nordic prime ministers at a meeting in Oslo on the same day – also to address the US-China relationship.

“A LEADER IN A HURRY”

According to Rudd, tensions between the two superpowers have risen since China’s President Xi Jinping came to power in 2013, and since American politicians adopted a united attitude towards China.

“If there is one thing that all representatives on Capitol Hill agree on, it is a hard line towards China,” said Rudd.

He described Xi Jinping is a “leader in a hurry”.

“Within the end of this decade, the Chinese economy will probably be as big as the US economy. And militarily, it is hard to know who would prevail from a war,” said Rudd.

He went on to identify several issues that could trigger an armed conflict: Taiwan, the South China Sea, the East China Sea, the Korean peninsula, and cyberspace activities.

Rudd concluded: “We are in a decade of living dangerously.”

More than 400 people attended Global Impact Norway which explored the “transformative decade” – that is the 2020s. The conference was, as is tradition, opened by the Norwegian Minister of Foreign Affairs.

“Africa is chopping down trees for cooking. By implementing natural gas for clean cooking, we can preserve forests that absorb carbon, changing the climate narrative. Moreover, by establishing industry that use African natural resources, we could produce end-products in Africa rather than shipping them overseas and importing them back, thus reducing global shipping”, said Adam.