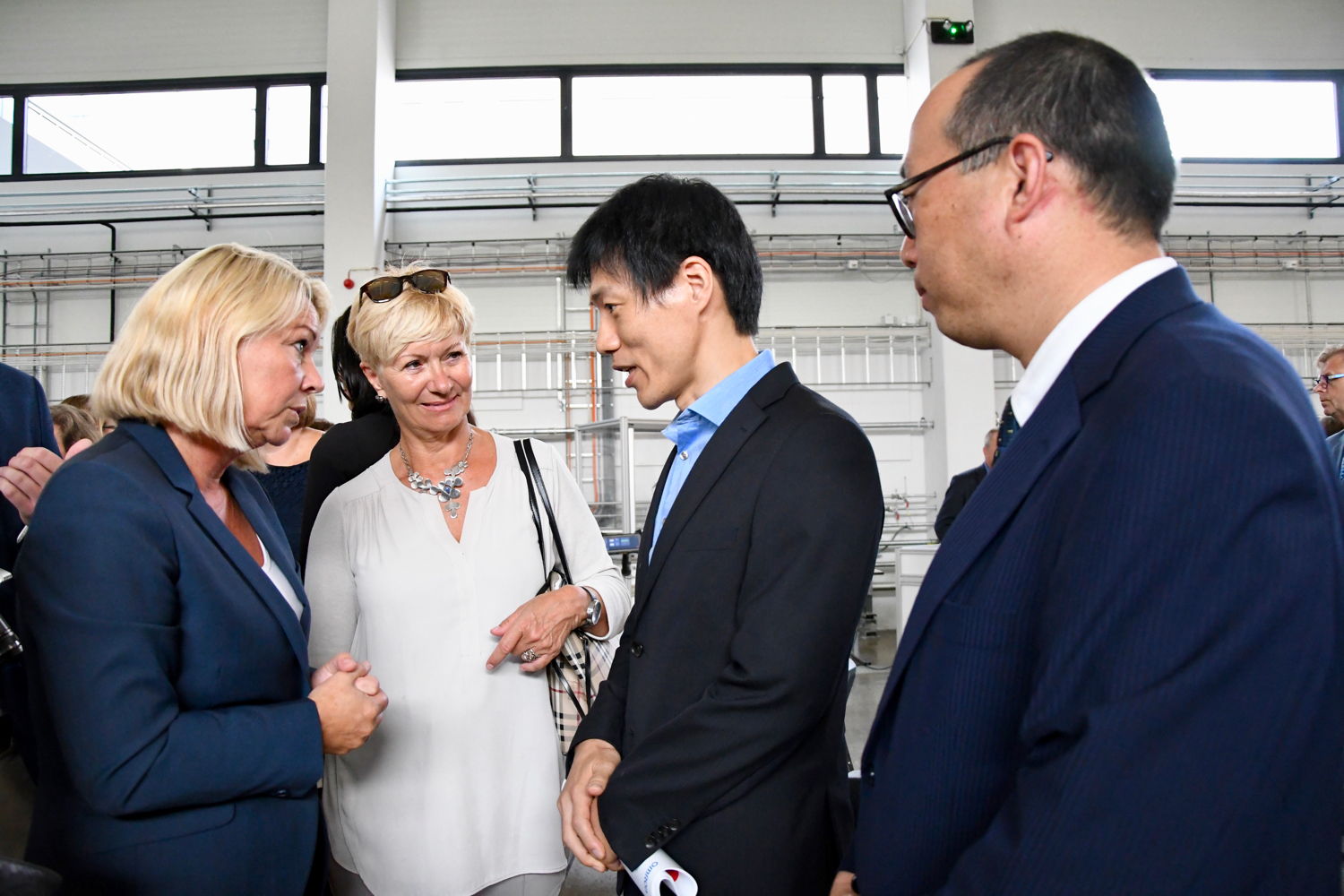 Masanori Yoshida and Takanori Maeda met Minister of Industry and Trade Monica Mæland at the opening of Mechatronics Innovation Lab in Grimstad.

Japan is a leading force in robotics and automation, and have been supplying industries, such as aviation and automotive, with a large number of robots to perform repetitive tasks based on serial assembly.

“Most GCE NODE companies need different kinds of robots, that is robots that are easily programmable to perform series-of-one or series-of-a-few. We also need robots that are built to withstand harsh environments – in open sea or even at the ocean floor for 20 years or more. The Japanese are interested in expanding their expertise on robots to new fields. Thus, we have a common interest in exploring a closer cooperation,” says Anne-Grete Ellingsen, CEO of GCE NODE.

Last fall, NODE was part of a Norwegian delegation, headed by Minister of Trade and Industry Monica Mæland, on a visit to Japan. Last week, Masanori Yoshida and Takanori Maeda of The Nippon Foundation, came to meet NODE and partners during Arendalsuka.

Founded in 1962, Nippon Foundation is one of the largest independent and non-profit grant funding organizations in Japan. It cooperates closely with government, industry and academia.

“With an annual budget of USD 450 million and a staff of 100, Nippon Foundation works within a number of fields, such as Ocean and Maritime, Social Welfare and Education and International Cooperation Projects. Its activities include policy recommendation, policy implementation and funding,” says Masanori Yoshida, Head of Ocean and Maritime at The Nippon Foundation in Tokyo.

“Nippon Foundation has an Offshore Oil and Gas Innovation Strategy for Japanese companies to develop innovative technologies for the offshore oil and gas industry, in combination with other technologies, such as Internet of Things and Artificial Intelligence,” says Yoshida.

FOCUS ON OCEAN SPACE
“Nippon Foundation has strong ties to a large number of Japanese universities. Nippon also runs an Ocean Innovation Project, which fits perfectly with GCE NODE’s focus on the Ocean Space. Our goal is to establish a Japanese-Norwegian RD&I project,” says Ellingsen.

In October, she is invited to give a presentation at Nippon Foundation’s international seminar on offshore oil and gas innovation in Tokyo in October.