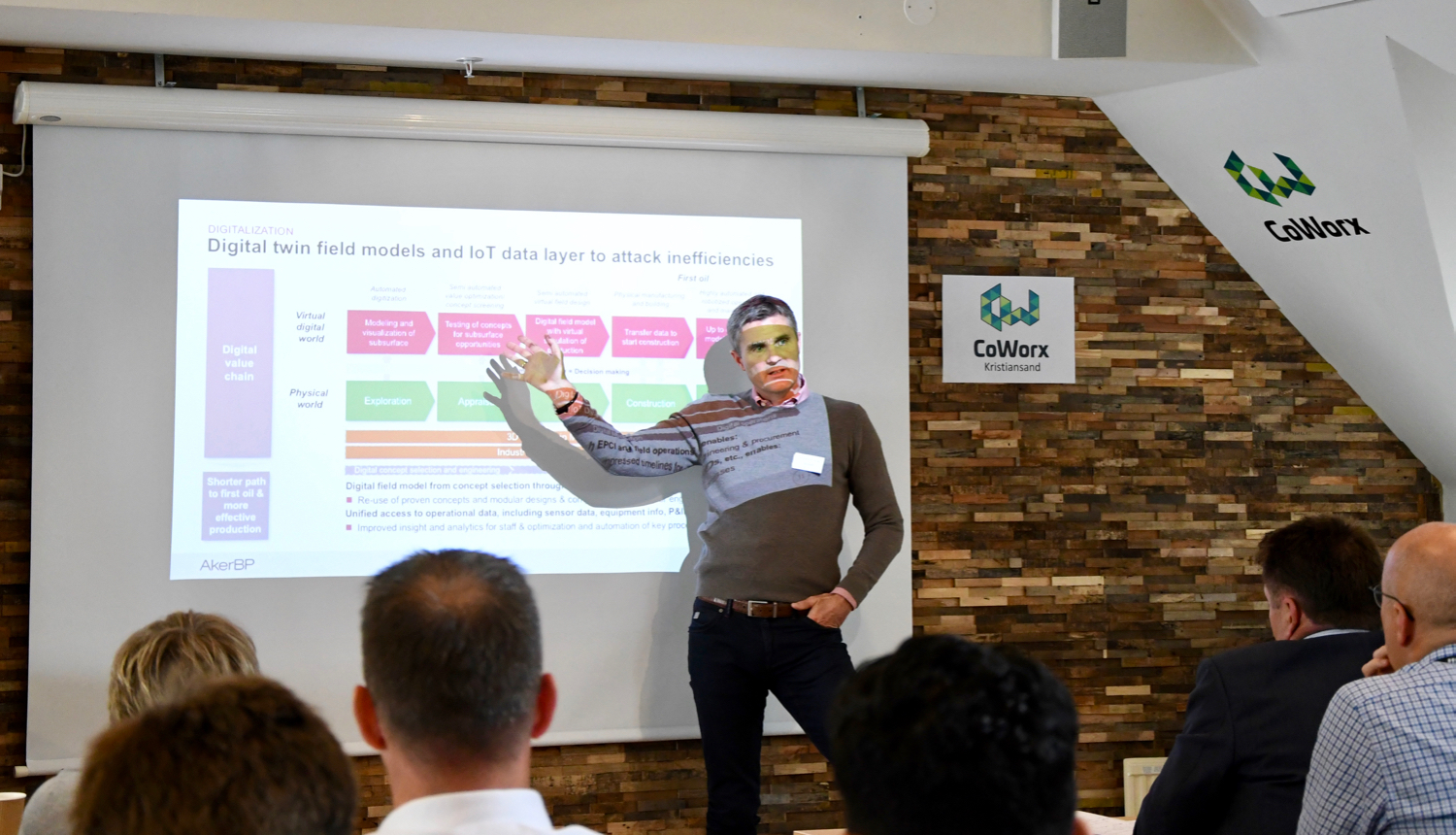 As founder and CEO of Cognite, Lervik has contributed to Aker BP’s new strategy for digitalization.

“Some of the world’s leading companies base their success on data. Google knows what we search for, Amazon knows what we buy, and Facebook knows who we know and interact with. These companies use data to dominate their industries,” says Lervik.

As founder and CEO of Cognite, Lervik has contributed to Aker BP’s new strategy for digitalization.

“Digital technologies are re-shaping the world. This is why Aker BP has defined digitalization as a key part of its strategy to build the leading independent offshore E&P company,” says Lervik.

Part of this strategy is to invite a broad range of providers to contribute with apps and technology.

“Oil companies have a reputation for protecting their own technology and not letting any outsiders in. This has changed. We will establish an Industrial IoT Data Platform, on which all third party applications will run,” says Lervik.

He said the oil crisis has created a good sense of urgency.

“It has spurred us to do things we should have done anyway. The digitalization process has picked up speed,” said Lervik at a GCE NODE seminar on industrial digitalization last week.

“We will integrate any software that benefits our customers. We have already integrated software modules from oil companies and other suppliers. Anything that will make our system better is welcomed,” says Skogerbø.

DRILLING DATA HUB
Gunnstein Selvik, Project Manager at IRIS, talked about how transfer of data between data providers and data consumers is hampered by different standards and protocols.

“We are building a drilling data hub to provide seamless flow of data. This is a development based on input from the industry. All companies have their own system and no one will allow another company’s system to be the standard. So what we are building could be the new standard, endorsed by the industry,” said Selvik.