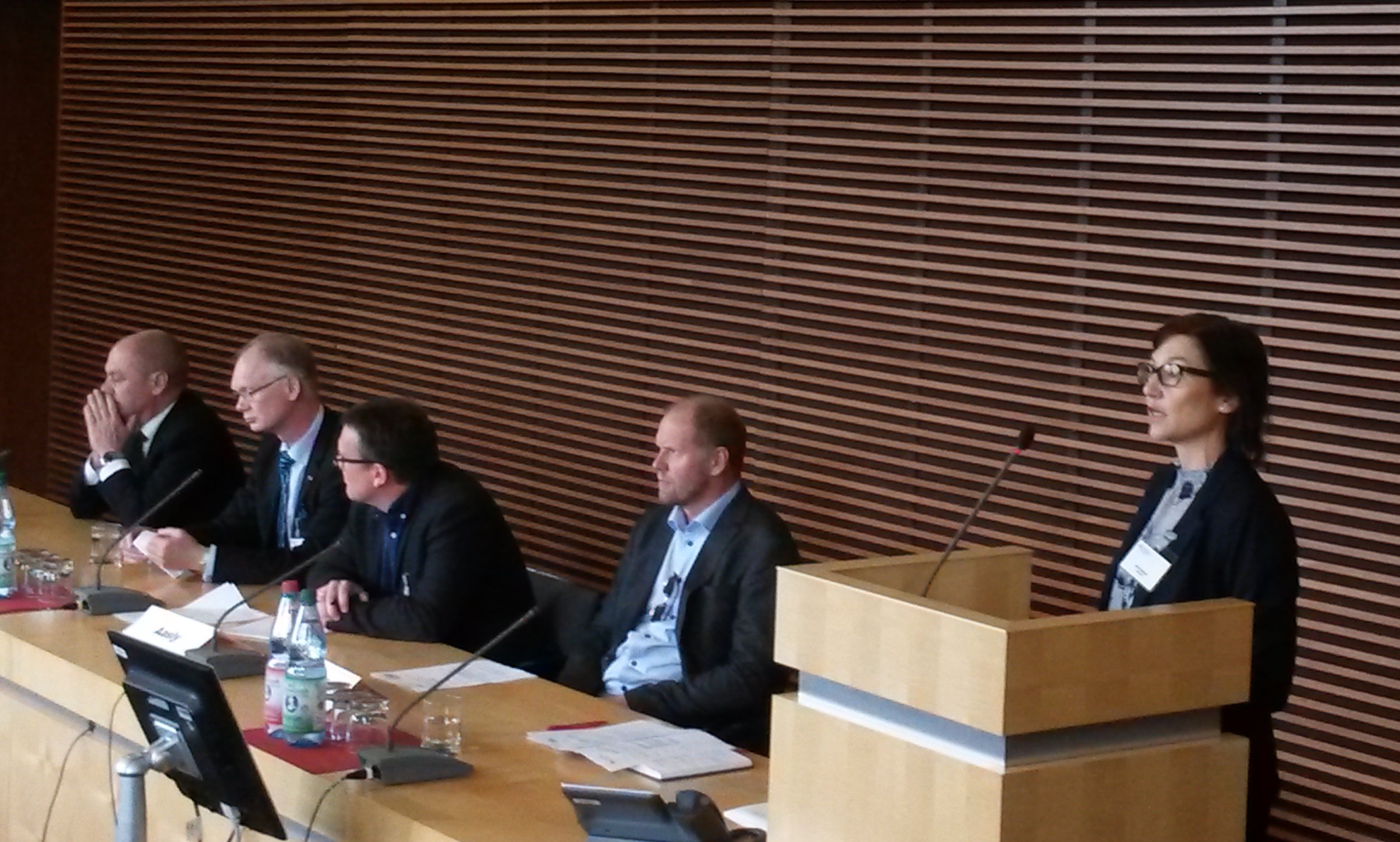 Norwegian and German businesses and academic institutions met in Berlin to address the potential in deep sea mining.

”Our supplier industry has tremendous experience from the maritime industry and oil and gas. The value chain for deep sea mining is quite similar to that of oil and gas. We have the know-how, both topside and subsea, but we need help to finance large R&D projects,” says Dolmen.

Initiated by the German Federal Ministry for Economic Affairs and Energy the seminar drew 60 people from the business sector and academia. MHWirth (Germany representatives), Kongsberg Maritime, DNV-GL, Statoil, The Norwegian Institute for Water Research (NIVA), The University of Science and Technology (NTNU) and the University of Bergen were among companies and institutions represented in Berlin.

“There are several issues concerning the environment and seabed mapping, but main focus of this seminar was on technology. The Germans are keen to start a technology pilot. The German Federal Government has obtained licenses from the International Seabed Authority with regard to Deep Sea Mining projects in two areas: manganese nodules in the Pacific Ocean and seafloor massive sulphides in the Indian Ocean. The Germans are looking for partners to kick start this industry. We had good discussions regarding how to organize and implement such a pilot,” says Dolmen.

“In order to get going, we will plan for a joint working group to prepare and agree on the next activities. We need to establish a roadmap, a joint directory of partners in both countries, and to identify important industrial players. In addition we need to share data regarding seafloor mapping between the scientific communities, and we depend on governmental support,” says Dolmen.