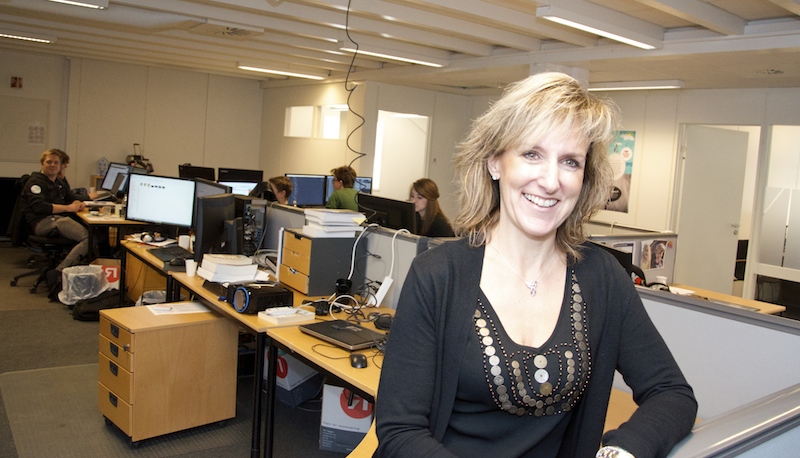 - We have made a difference and continue to make a difference. The industries in Agder have benefitted greatly from NEW, says Colleen Delane-Skibsrud.

Five years after she mothered the network NEW, for women in the business clusters NODE and Eyde, Delane-Skibsrud gives way for a new leader. At the last general assembly, Gro Eide from Elkem was elected as NEW’s Project Manager.

– It is time to step back. I will be a strong supporter, but will no longer have an official role in NEW, says Delane-Skibsrud. She says leaving NEW was hard, ‘like leaving my baby’.

19 MEN IN A ROOM
In 2009, Delane-Skibsrud was given a leading position in National Oilwell Varco. In meetings, she would be the only woman present. As she sat in a room with 19 men, it became obvious that something had to be done to get more women into the companies.

Delane-Skibsrud discussed the matter with former CEO of NODE, Kjell O. Johannessen, and was given an opportunity to create a joint women’s network for NODE and Eyde. Teamed up with Eyde and NODE, she invited women in the process and oil and gas companies in Agder to meet at Strand Hotel Fevik on April 16, 2010.

– I didn’t know what to expect, but was delighted to see 50 women turn out. The interest was huge, not only to create a network for women across of companies, but also to increase competencies and make Southern Norway a more attractive job market for highly skilled people, says Delane-Skibsrud.

RECRUITMENT AND COMPETENCE
Five years running, NEW has helped increase the percentage of women in the businesses and the overall level of competence. NEW has also visited thousands of 9th-graders in Agder to inspire them to get a higher education, preferably in technical disciplines. And NEW has targeted well-educated women to try to attract more of them to move to the region.

– Well-educated women are often married to well-educated men. If we succeed in recruiting one, we often get two highly-qualified people to move here, says Delane-Skibsrud.

Statistics show that only 17-18 per cent of employees in NODE-companies are women.

– Companies in NODE have done well for many years. The big question is whether companies could have done even better if there had been more women at the top level. Everything is richer if you have a mix. There are huge benefits in diversity, says Delane-Skibsrud.

– With hundreds of people gathered, it struck me how my weird brainstorm while jogging, evolved to this amazing project. I kept thinking, if only one woman’s career is changed for the better, if only one 9th grader is inspired to invent the next big thing, it would be fantastic, says Delane-Skibsrud.