Disappointed by lack of support for Mechatronics Innovation Lab 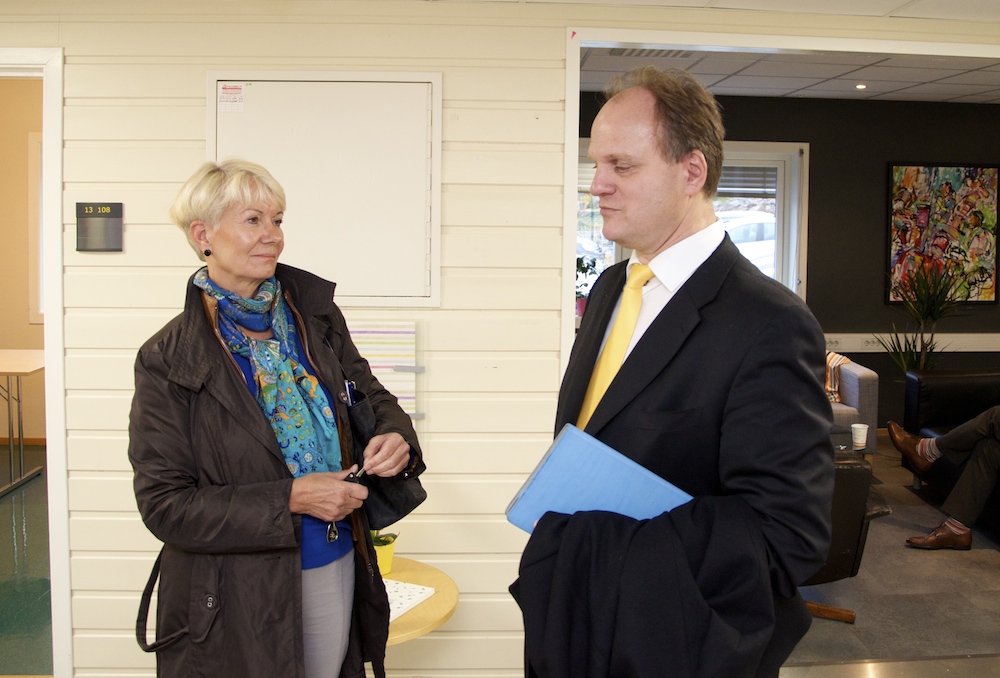 CEO Anne-Grete Ellingsen at GCE NODE and Rector-elect Frank Reichert at the University of Agder after the national budget was presented.

The necessary and expected additional funding for the Mechatronics Innovation Lab (MIL) is not part of the national budget proposal.

“We are disappointed that the government did not provide additional funds for equipment to the national laboratory MIL in Grimstad. A number of companies are committed to supporting the lab, but the government fails to contribute”, says CEO Anne-Grete Ellingsen at GCE NODE.

The pilot test lab, MIL, is defined as a very important facility for a number of industries, not only in the southern part of Norway. It could also prove important for all the entrepreneurs that the government says it wants to stimulate.

“MIL received MNOK 20 in the revised state budget earlier this year. I am amazed that that the government discontinues this support. We trust the Christian Democrats and the Liberals to help secure grants for the lab”, says Ellingsen.

The University of Agder will host MIL, which is planned built on Campus Grimstad. Construction is set to start in the first quarter of 2016.

“Establishing labs like MIL has previously enjoyed broad support in the Parliament. A clear majority has been committed to creating instruments that ensure research to materialize in to new products. A pilot test lab will fill a hole in the Norwegian innovation system and ensure that new products are quickly introduced in the market”, says Ellingsen.

Minister of Education and Research, Torbjørn Røe Isaksen, presented the government’s budget proposal in Kristiansand Wednesday morning. There he was challenged by Ellingsen to look into the rules on state aid and funding instrument.

“In Norway, companies must match the funds they receive, either in terms of money, hours, or a combination of money and hours. In some EU countries, especially in times like these, there are no such requirements. I am pleased that the minister promised to follow up on this. We will follow him up with a letter later this fall”, says Ellingsen.