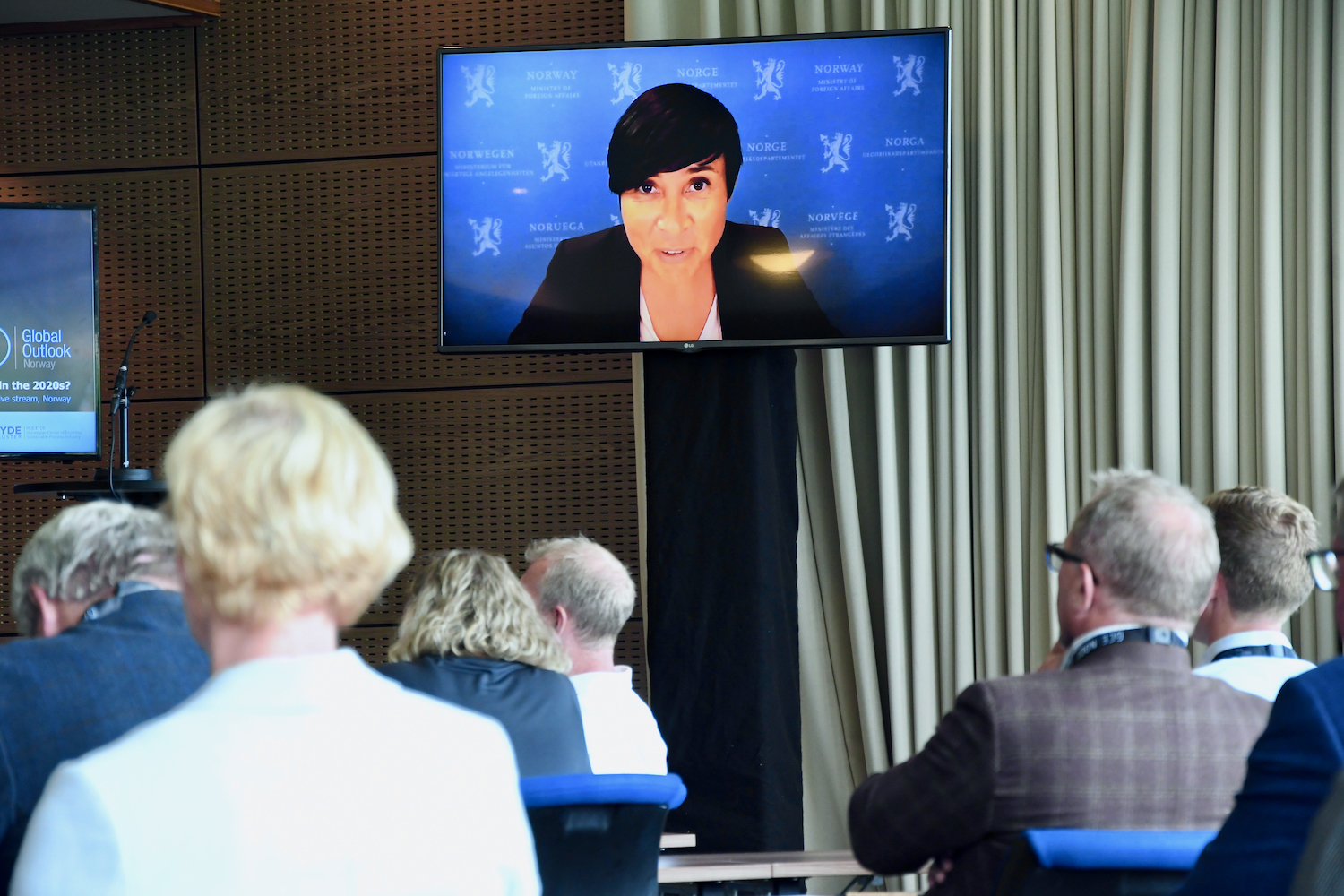 Ine Eriksen Søreide, Norwegian Minister of Foreign Affairs, said that the relationship between USA and China will define the political era we enter in to.

An unusual conference in unusual times: A hybrid version of Global Outlook 2020 discussed the relationship between the USA and China amidst the Covid-19 pandemic.

What is the relationship between superpowers USA and China? How will it evolve in the coming decade? Should we expect co-operation or conflict? American rhetoric suggests the latter. If that is the case, how will it affect trade, international politics and our everyday lives?

This was the main topic for the seventh edition of Global Outlook, a conference which normally opens Arendalsuka, a week of societal and political debate in the town of Arendal. With Arendalsuka cancelled as a result of the Covid-19 pandemic, organizers of Global Outlook were still determined to go forward with the event.

Global Outlook moderator Anita Pratap kicked the event off by quoting an old African proverb: “When elephants fight, it is the grass that suffers most” – thus indicating that international hardship may follow in the wake of a conflict of superpower dimensions.

CONCERNED, BUT NOT ALARMED
Ine Eriksen Søreide, Norwegian Minister of Foreign Affairs, said that the relationship between US and China will define the political era we enter in to.

“There is cause for concern, a worrying trend of confrontation. But it is not necessarily alarming, because I think there is bound to be areas in which interests of superpowers collide. Polarity does not automatically lead to conflict,” said Søreide.

She characterized the speed of China’s rise as “remarkable”. The world’s most populous nation of 1.4 billion people is today also the world’s second largest economy, the second largest military power and a technology giant.

While China’s ascent as a superpower is bolstered, the US’s role as a global leader is weakened. But Dr. Jie Yu, Senior Research Fellow on China in the Asia-Pacific Pro­gram at Chatham House, said that the Chinese government is not necessarily occupied with taking on a larger international role.

“There is massive inequality in China. 40 percent of the people still have an income of less than 200 dollars per month. China is more busy with its own affairs than with filling a vacuum in international leadership,” said Jie Yu.

100 people, evenly distributed in two conference halls, attended Global Outlook 2020 at Fevik Strand Hotel, whereas others followed a live stream of the event. International speakers called in from Oslo, Brussels, London and Singapore.