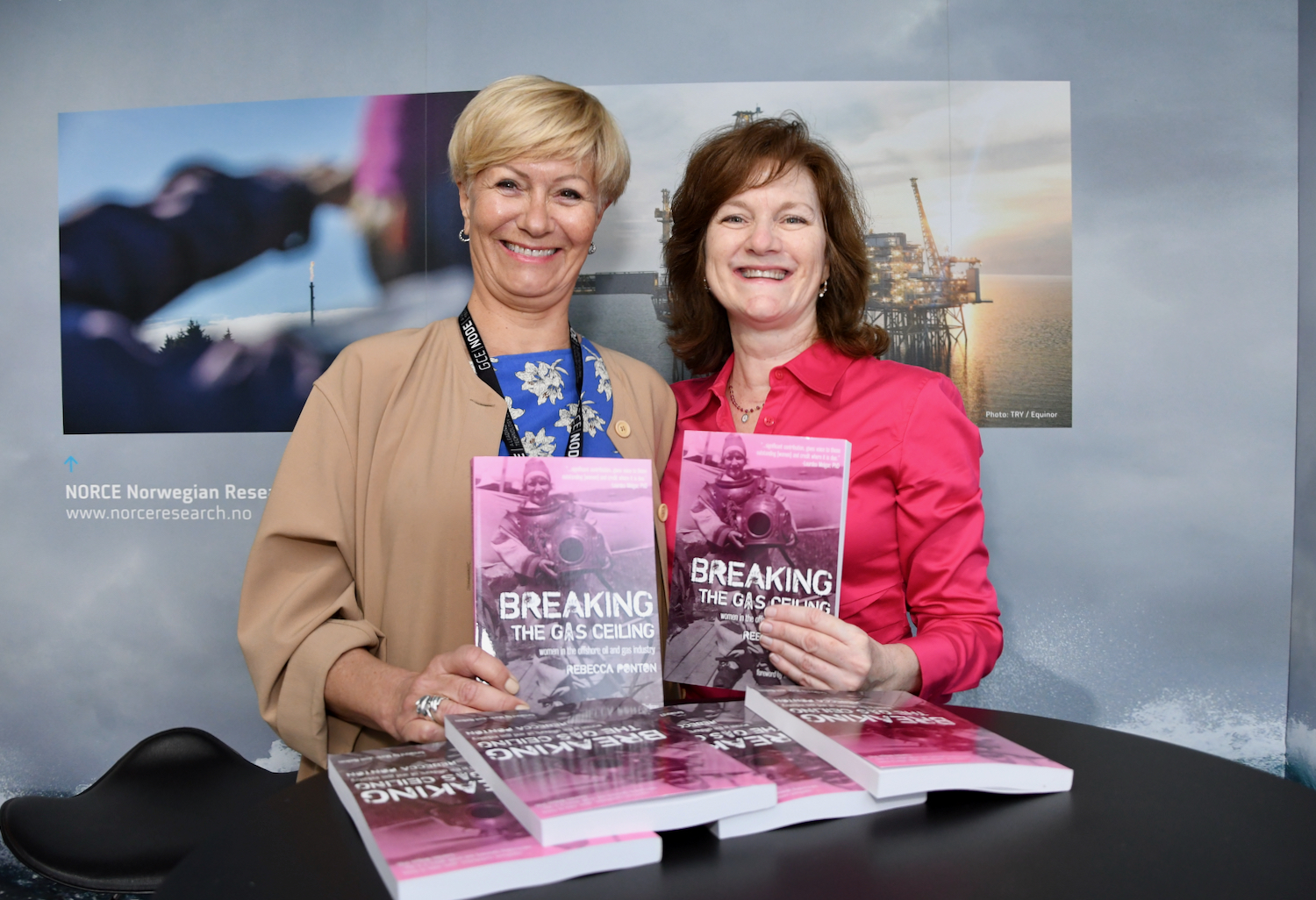 Anne-Grete Ellingsen (left), CEO of GCE NODE is one of 23 women portrayed in a new book by author Rebecca Ponton - released at OTC 2019 in Houston this week.

Breaking the Gas Ceiling is a new book celebrating 23 women in prominent positions in the global oil and gas industry. Among them: Anne-Grete Ellingsen, CEO at GCE NODE.

Ellingsen is recognized for being the North Sea’s first female offshore Platform Manager, a former Deputy Minister for the Petroleum and Energy Ministry of Norway and the current CEO at GCE NODE.

“Anne-Grete was a pioneer at a time when hardly any women held higher positions in the emerging oil and gas industry. She has a remarkable story to tell and I am happy to share it in my book,” says author Rebecca Ponton.

After following the industry as a journalist in the United States for more than 20 years, Ponton is very aware of the absence of women in leading positions.

“According to a 2015 report released by The American Petroleum Institute, women are vastly outnumbered by men, comprising only 19 percent of the industry in the US, and, of those, very few ever make it to the key, decision-making positions. This is why I decided to write Breaking the Gas Ceiling, to honor and highlight those women who actually have made it to the top of the industry”, says Ponton.

Ellingsen is the only Norwegian portrayed in the book, which includes Abby Ross Hopper, the first woman director of the US Bureau of Ocean Energy; Deirdre Michie, the first female chief executive of Oil & Gas UK; and Sara Akbar, the only female oilfield firefighter during the Gulf War and now CEO of Kuwait Energy, to name a few.

“It is an honor to be recognized alongside highly visible women on the oil and gas stage. If we can serve as examples for other women that it is possible to obtain high-ranking positions in a male-dominated industry, nothing would please me more,” says Ellingsen.

Her story was among the first to be published as a separate mini-book at OTC three years ago. Just in time for OTC 2019, Rebecca Ponton released the full-version of the book, which includes the stories of all 23 women interviewed.

“The international petroleum industry has long been known the world over as a “good old boys’ club” and nowhere is the oil and gas industry’s gender imbalance more apparent than offshore. The untold story, shared in these pages, is about the women who have been among the first to inhabit this world, and whose stories previously have been a missing part of the history of the industry,” says Rebecca Ponton.