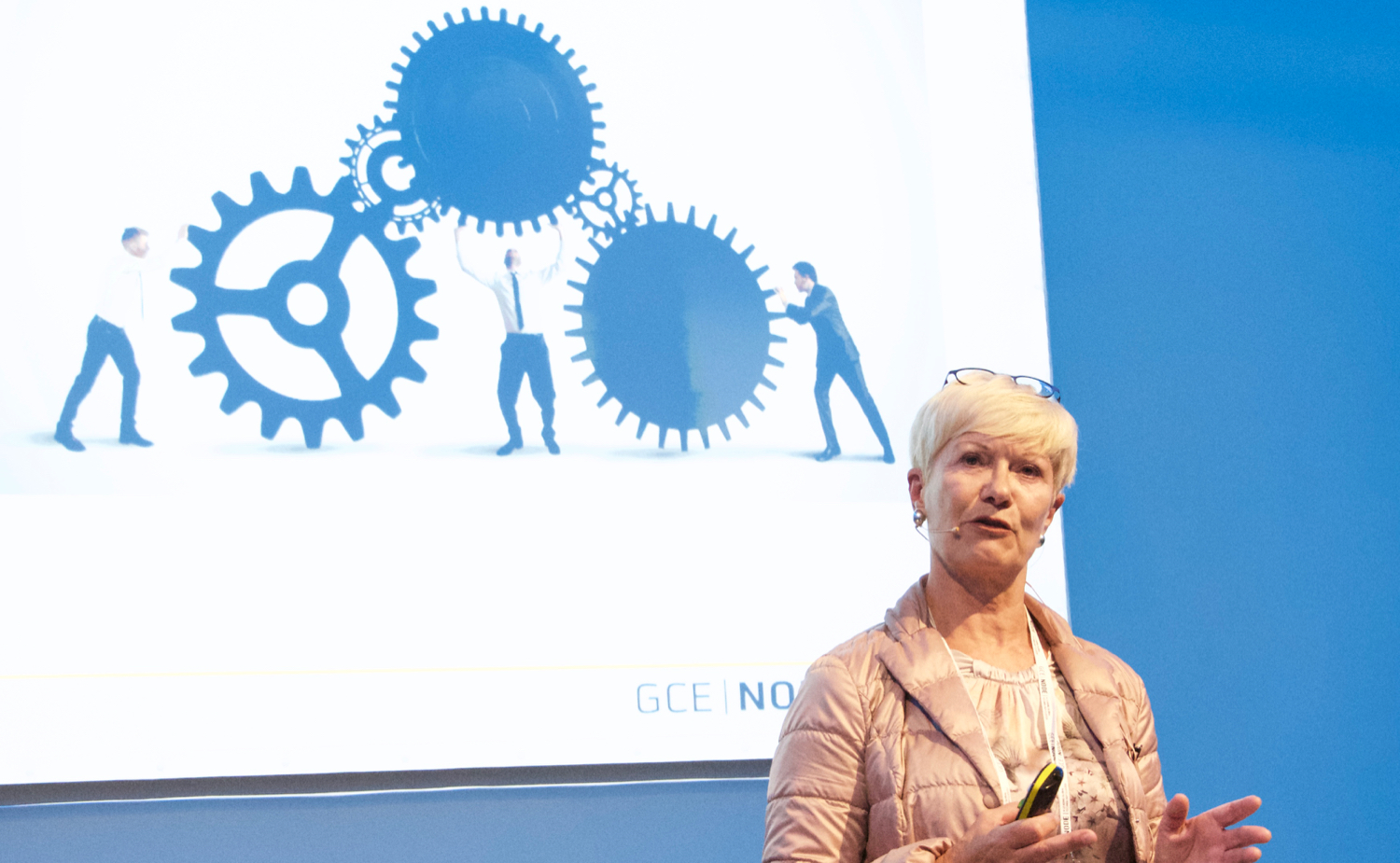 Anne-Grete Ellingsen has been CEO of GCE NODE since 2013.

Anne-Grete Ellingsen to leave her position as CEO of GCE NODE on August 31, 2019.

“The time is right. NODE is halfway through its 10-year-period as a Global Center of Expertise – the highest level of Norwegian Innovation Clusters. Replacing the CEO at the midway point provides the new executive ample time to prepare the cluster for its post-GCE-life,” says Ellingsen.

The 65-year-old has led NODE since 2013. The following year, NODE was among the first two Norwegian clusters to be promoted to GCE.

Ellingsen heads an organization that is bigger and stronger than ever before. 2018 was the year when NODE grew to more than 100 participants. The number of research, development and innovation projects has never been greater, the same goes for the number of Norwegian and international partners.

“We are highly relevant, which is also confirmed by the fact that Japanese Nippon Foundation, one of the largest independent and non-profit grant funding organizations in Japan, approached NODE to sign an agreement for an RD&I collaboration,” says Ellingsen.

Starting in 2013, a strategic goal for GCE NODE has been to transfer existing competence and technology to new ocean industries, thus supporting the industry by adding new markets. This has proven beneficial for companies that traditionally have considered oil & gas and maritime sector to be their main markets.

“The initiative has resulted in the fact that more NODE companies provide solutions for offshore wind energy and aquaculture, while remaining major exporter to global energy and maritimes markets,” says Ellingsen.

“SAD TO SEE HER LEAVE”

Høye G. Høyesen, Chairman of the Board at GCE NODE takes note of Ellingsen’s decision.

“We are sad to see her leave. Anne-Grete has lifted NODE to a very high level. She has managed to bring companies together to cooperate on important issues, and she has contributed to addressing the challenges facing our industry. She has also been a strong political spokesperson and her efforts has had great impact on the industry and the region,” says Høyesen.

The board will now start the search process for Ellingsen’s successor.