Energy capital of the world is in transition 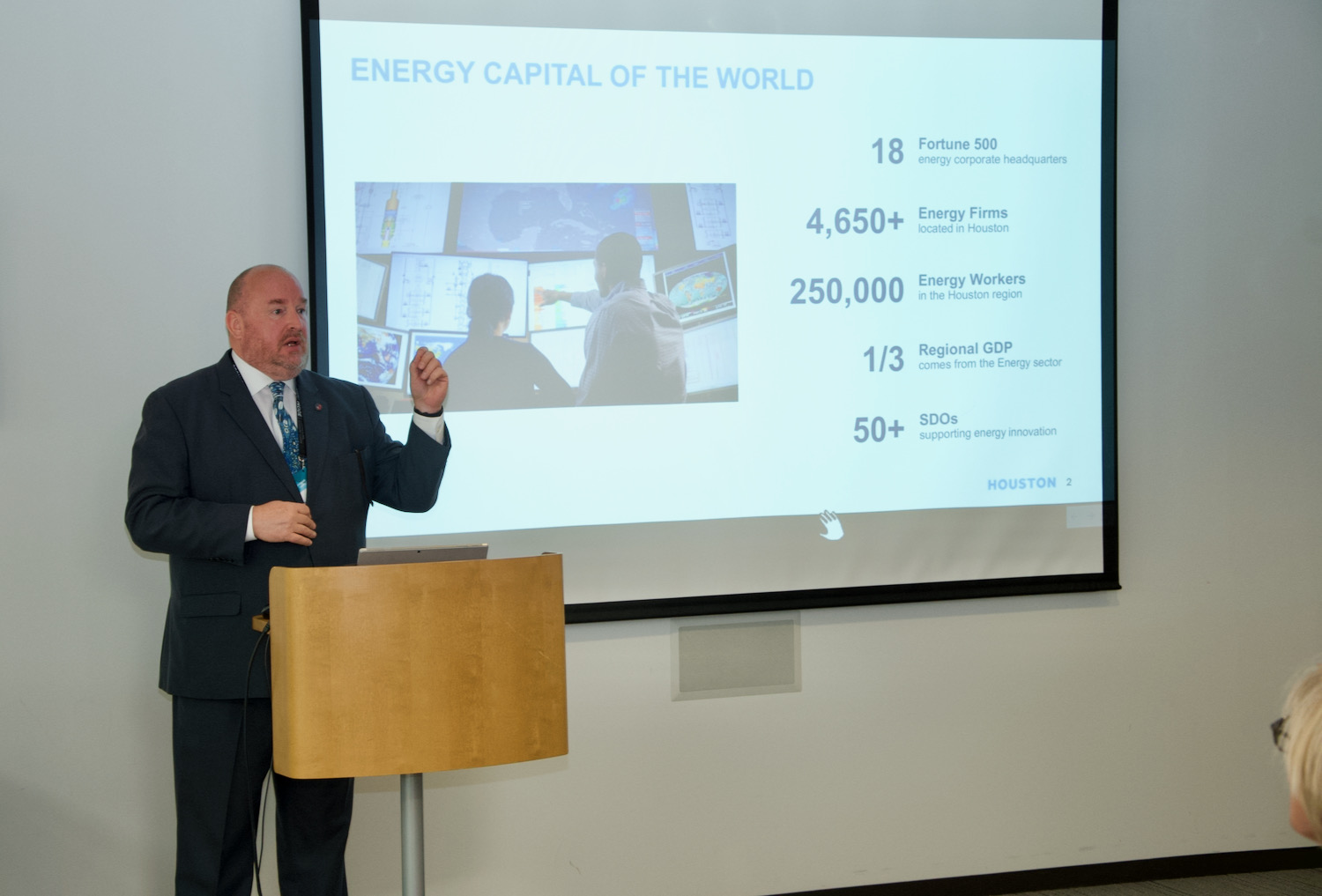 Jeffery Blair is an International Investment & Trade Senior Director at Greater Houston Partnership, the largest chamber of commerce in the Houston area.

Still heavily invested in oil and gas, but with hundreds of newly established clean-tech companies – Houston, the energy capital of the world, is in transition.

“One third of what we do in Houston is energy related. So, we want to get the future of energy right,” says Jeffery Blair. He is an International Investment & Trade Senior Director at Greater Houston Partnership, the largest chamber of commerce in the Houston area and a driver for economic development in the Greater Houston area.

Blair was proud to talk about a large – and growing – base of clean energy companies in and around Houston. As of today, Houston hosts more than 100 solar companies, 30 wind companies and 80 digital energy technology companies. The latter are involved in wind, solar, hydrogen, carbon capture and more.

“In Houston, we have a lot going for us. We have a critical mass of energy engineering talent and industry expertise. We have world-class energy research institutions. We have the ability to scale, public policies in place, and a great momentum,” says Blair.

The momentum comes from the political scene in Houston, from a mayor which is a force in American and international energy matters, and from the global challenge to meet the environmental goals from the Paris Agreement.

Blair talked during a GCE NODE seminar at Norway House in Houston on Friday, as part of the Agder delegation’s pre-OTC program. Approximately 35 people from the Agder region are currently in Houston to attend the Offshore Technology Conference (OTC).

OTC is traditionally an oil and gas conference and expo but has also adopted offshore renewables and other offshore technologies as a response to the diversification seen among the companies attending OTC.

“More than ever before, OTC will live up to its name: Offshore Technology Conference,” says Tom Fidjeland, CEO of GCE NODE.

At the seminar on Friday, several Houston-based companies shared perspectives on the changing energy landscape and the emergence of renewables.

Clean-tech entrepreneurs are heavily supported by the Clean Energy Accelerator and the Rice Alliance for Technology and Entrepreneurship at Rice University. More than 2,950 start-ups have completed at least on of various entrepreneurial programs.

The seminar, entitled “The Energy Transition”, was a continuation of the NorTex cooperation. The goal was to share information and expertise across borders and entities thereby strengthening partnerships and collaboration and ensuring the industry’s value creation and sustainability.