Essential metals are ‘no showstopper’ 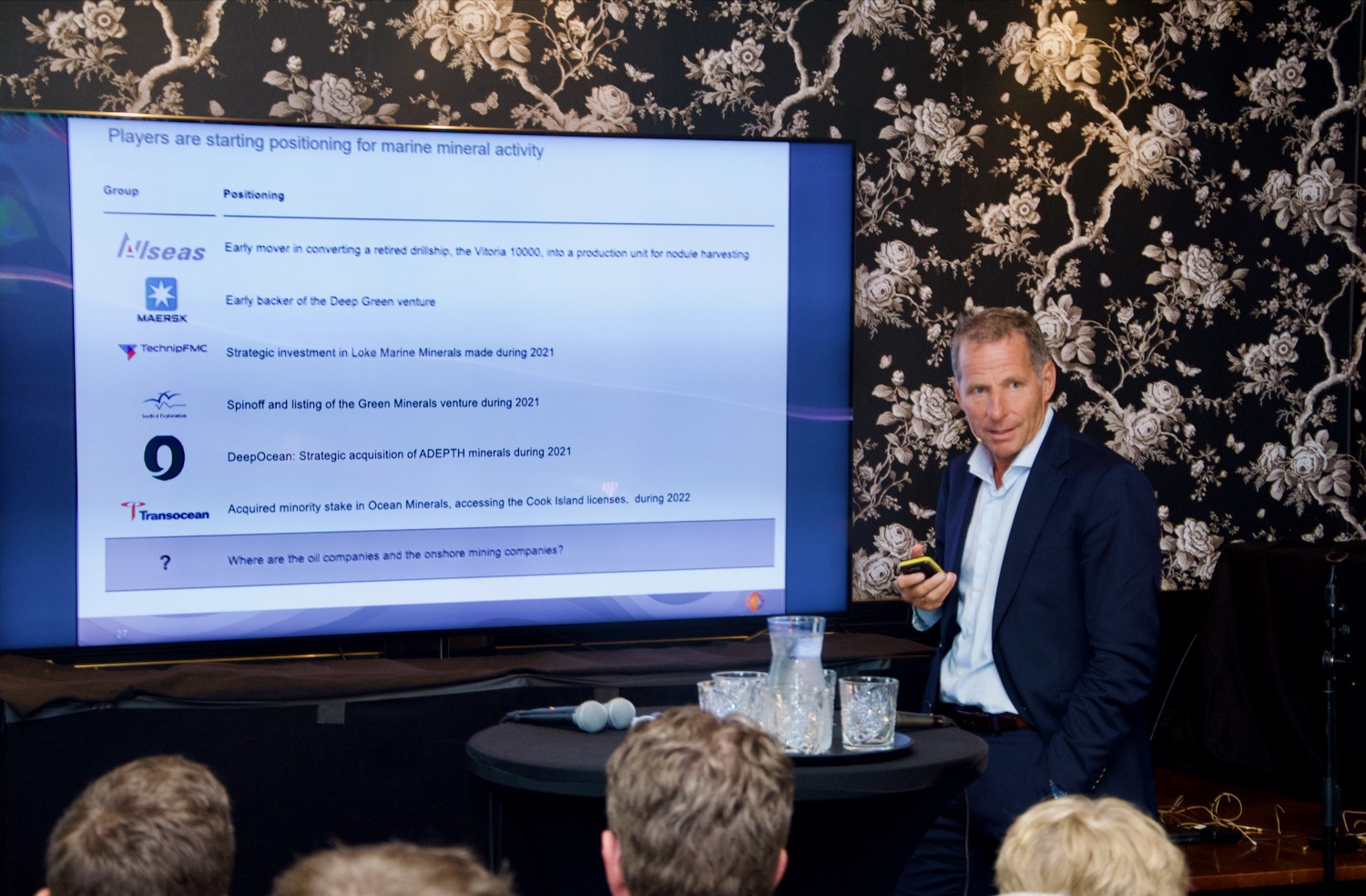 Jarand Rystad presented a report on marine minerals at a meeting during Arendalsuka.

“Some argue that limited availability of certain metals will hinder the green transition. I disagree,” says Jarand Rystad, CEO of Rystad Energy.

At a meeting during Arendalsuka, Rystad presented a report on marine minerals which show an abundance of minerals along spreading ridges all around the world, and in particular outside Norway.

“For marine minerals, only Fiji has a larger economic rights to spreading ridges that Norway. This presents a huge export potential,” says Rystad.

Estimates show that for global warming to halt at 1.75 degrees, it will demand four times more metals than what is produced today. The best land-based oars are already depleted, so production has moved to lower quality oars. For marine minerals, exploration missions have discovered areas with the same quality that we initially found on land,” says Rystad.

An emerging Norwegian industry for marine minerals is awaiting a go-ahead from the government. This includes GCE NODE participant Loke Marine Minerals.

“Based on technology and competence from the oil and gas industry, Norway is well positioned to play an important part. We will use known technology, investments are relatively low, and we do not ask for subsidies. All we need is a license to operate,” says Walter Sognnes, CEO of Loke Marine Minerals.