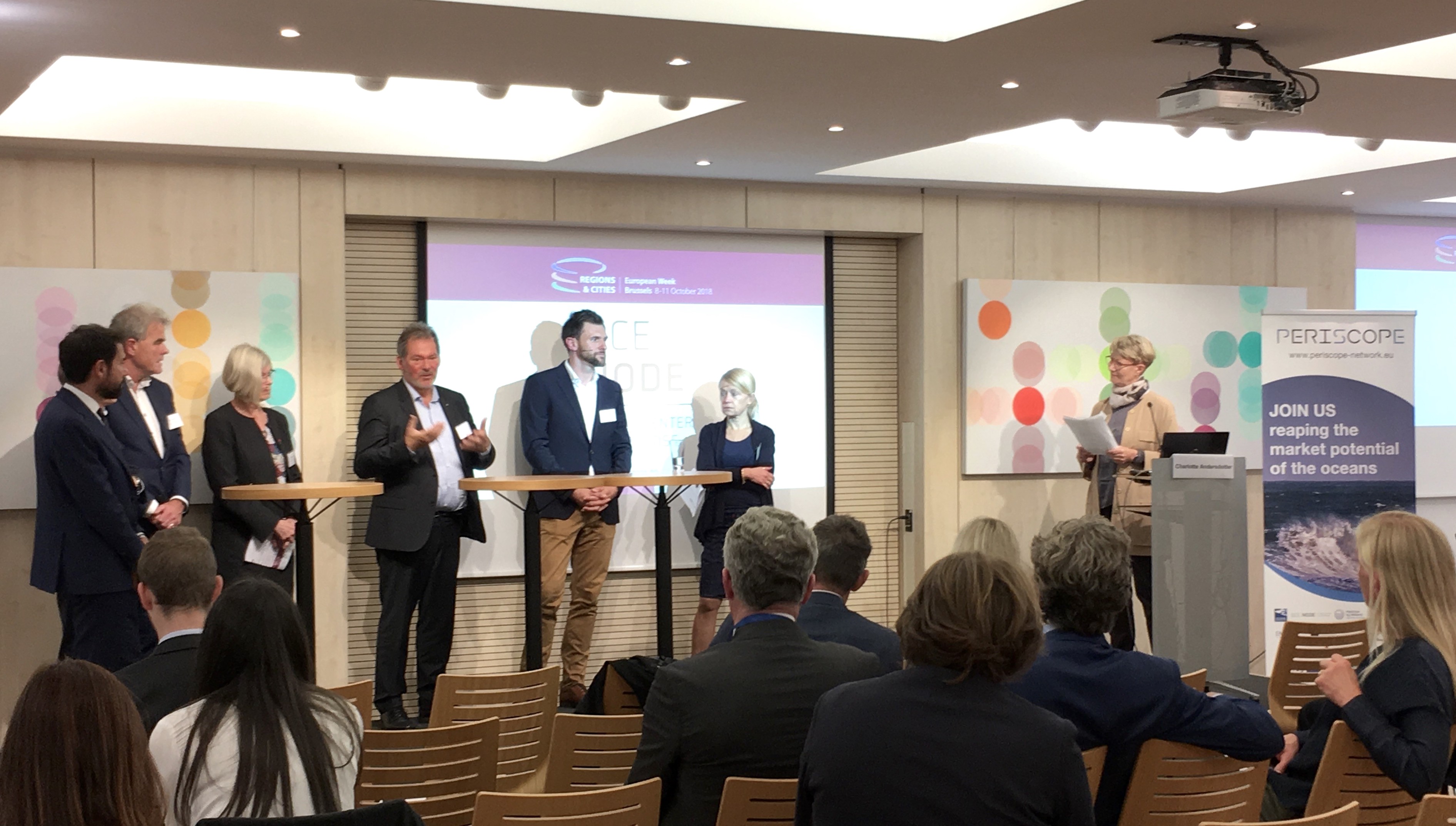 The seminar was part of the European Week of Regions and Cities, which is an important arena for the public sector in both the EU and the European Economic Area, which includes Norway.

The key note speaker was Mr. Christos Economou, Head of Unit at Directorate-General for Maritime Affairs and Fisheries in the European Commission. He focused on the digital shift and the security challenges associated with it.

“And this is, of course, exactly what we focus on in GCE NODE,” says Isabelle-Louise Aabel, EU Advisor for GCE NODE.

“The OECD report on Blue Growth (2016) lays the foundation for the European offensive for ocean space industries, such as tourism, aquaculture, energy and transport. The Commission is ready to support large ocean space projects, and recognizes that small and medium-sized companies will play a key part,” says Aabel.