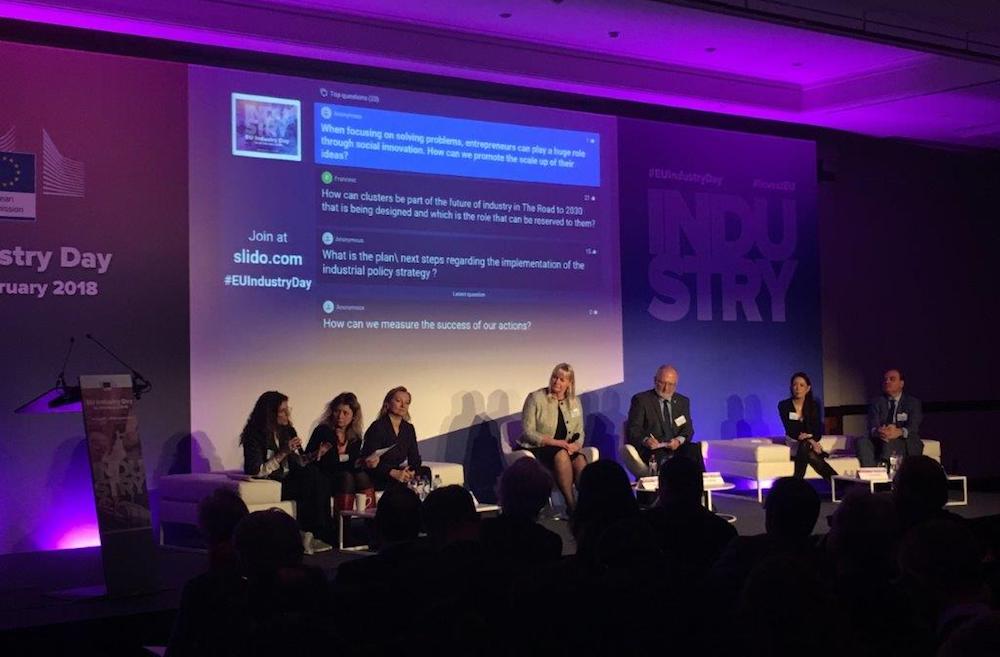 That is the short-and-sweet from the high-profile Industry Day conference in Brussels, Belgium recently. At the conference, both the President of the European Commission and the President of the EU Parliament stressed the importance of industry growth and transition. Without innovation, transition and digitalization, the European economy will fail.

Speakers at the conference stressed digitalization in the form of artificial intelligence, Internet of things, machine learning and new business models. There was also an emphasis on innovative technology and solutions, and the need to prepare for brand new jobs and learning the skills needed to fill these jobs.

“The meeting in Brussels confirmed that GCE NODE is on the right path. We have indentified these challenges and we are already meeting them in many ways,” says Anne-Grete Ellingsen, CEO of GCE NODE.

As part of the conference, GCE NODE met with ten European clusters at a cluster matchmaking event.

“We had interesting meetings with clusters from Italy, Germany, Sweden and Ireland. Most of them focused on oil and gas, some were from other industries,” says Isabelle-Louise Aabel, EU Advisor at GCE NODE.