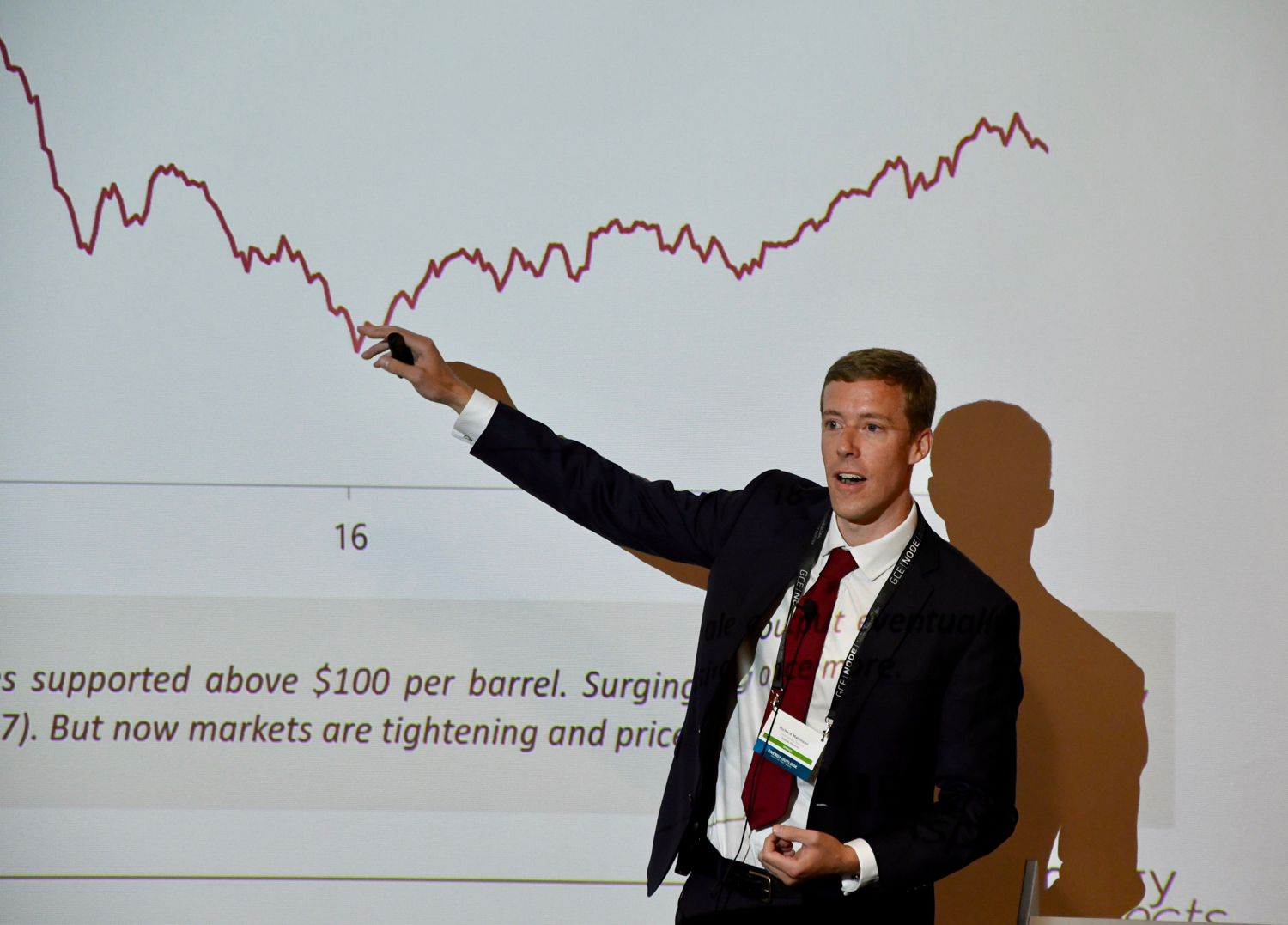 Market Analyst Richard Mallison at Energy Aspects says oil prices could rise to more than 100 dollars per barrel next year.

“Low investment is hurting production. Conventional crude output is faltering around the world as decline rates rise, largely due to low upstream investment. It is hard to see where new capacity will come from,” says Mallison.

“True, US production and exports has grown dramatically, creating competition for North Sea producers. But there are bottlenecks in the US, and continued growth will be constrained. More important is an OPEC stretched by Iranian sanctions. There is great uncertainty related to export from Iran, as companies and nations will be more reluctant to purchase Iranian oil following new US sanctions,” says Mallison.

At Energy Outlook 2018 in Arendal Tuesday, the analyst said the disruptive impact of technologies such as electric vehicles can be overstated.

“Electrical vehicles will not be the end of gasoline demand for decades,” said Mallison.

Returning to the prospect of future oil prices, Mallison said oil demand will slow down at 80 dollars per barrel, but still grow.

“We expect to see a small spike in prices next year, due to lack of investments and a fall in Iranian exports. If the industry fails to invest soon, the spike could be higher and the following drop lower. On the other side, if the industry invests too much, we could see a repeat of 2014,” says Mallison.

He put numbers on his predictions and gave this crude oil forecast: