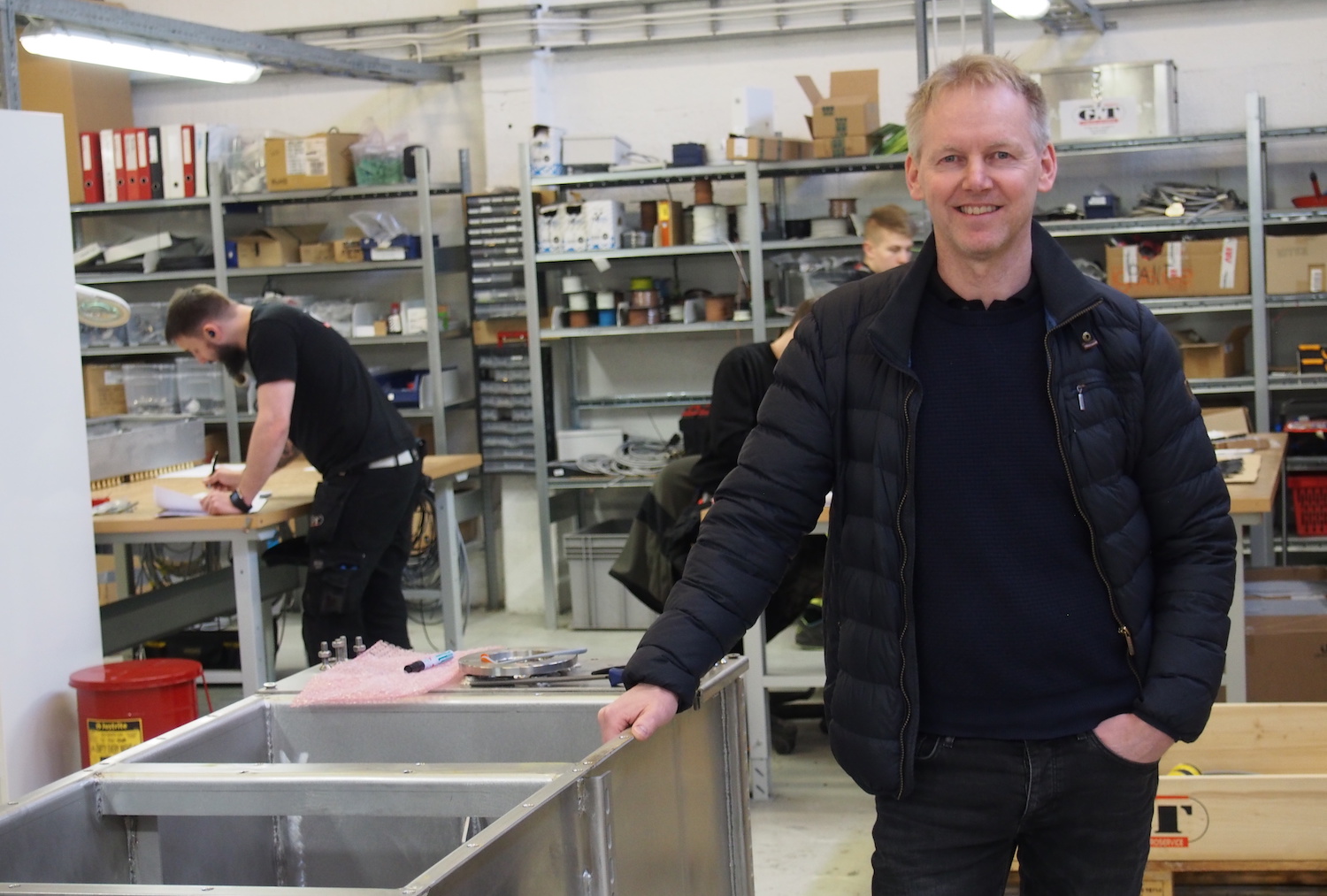 “We are proud to see that numerous late nights and thousands of working hours finally pay off. In just a little more than a year, we have developed several new, high quality products for the offshore market. We have done this without any kind of financial support or loans,” says Nygård.

The Grimstad-based company was founded in December 2014, when three former employees from a badly hit oil service industry, joined forces to offer electro and automation services to various industries and private homes. Later, extensive knowledge and experience were put to use to build offshore machines from a workshop located in Kristiansand.

“We have enjoyed five years of rapid growth. Today, we employ close to 60 people and are looking to reach MNOK 100 in annual revenue combined in the G.T company structure. Clients are usually found in industries such as offshore, data centers and the renewable industry,” says Nygård.

He attributes much of the success to a recently established cooperation with Optime Subsea Services, located at Notodden. G.T Automasjon & Elektroservice deliver topside gear which provides electricity to Optime’s subsea systems.

“Our products are umbilical cable reels which provide power and communication signals from rig to the subsea equipment. This cable is spooled on a reel, managing both bend and tension down to 3000 meters water depth. Service personnel is situated in an innovative control cabin,” says Nygård.

G.T Automasjon & Elektroservice has also developed a hydraulic power unit designed to test the subsea equipment after being lifted up on the platform deck. Compared to large, heavy and expensive systems from huge, international companies, these new products are both light-weighted and cost efficient. They also occupy less space and can be stored on the rig – rather than being sent onshore – in between operations.

“We have completed several large packages, and are close to signing new contracts. After the equipment is installed, we enter a substantial after market for Optime’s end customers on rigs around the world and on the Norwegian Continental Shelf,” says Nygård.

He will not reveal details from the contracts.

“Our partnership with Optime is mutually beneficial. We are very much committed to each other. So much that we established a production unit at Notodden last year,” says Nygård.

The cooperation has positive effects on the Agder region, in which G.T Automasjon & Elektroservice relies on a series of sub-contractors.