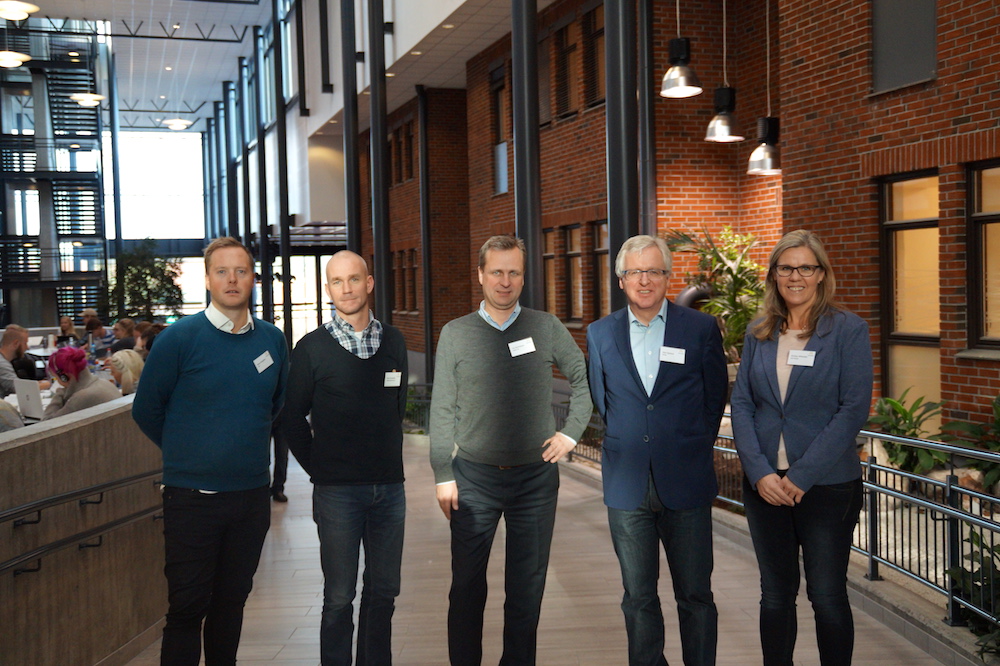 Future Robotics aims to be an arena for sharing knowledge on robotics and automation. A workshop earlier this week focused on future manufacturing technologies.

“The workshop targeted mechanical industry and SMEs in Agder. We were satisfied to see 30 participants from 16 companies” says Søren Kragholm project manager at the University of Agder, which is the project owner.

Future Robotics is a regional project, sponsored by Sørlandet Kompetansefond, to build capacity and competence on automation, robotics and digitalization in our industries.

The program for the third project workshop included a presentation from professor Olav Egeland (Norwegian University of Science and Technology) on “Integration of Design and Production” with results and examples from the university’s robotics lab.

“Nøsted Kjetting is an excellent example of how Norwegian manufacturing industry competes with low-cost countries on delivering chains to heavy transport. They are mixing outsourcing with insourcing and the insourcing can only be sustained by innovation in manufacturing technology”, according to Future Robotics project manager Kristine Wikander.

“KSMV has been very good at implementing new production technologies and serves as an inspiration for other companies in mechanical production, especially in the offshore segment”, says Wikander.

SPEED-DATING
The workshop concluded with speed-dates between participants and speakers.

“We hope that workshops like this one can contribute to build future projects with other companies and academia. That is a very concrete way of addressing challenges in manufacturing technologies”, says Kragholm.

The next workshop is scheduled for January 14, 2016. It will focus on Internet of Things and Security, and will be organized by the ICT cluster Digin. More details to come!