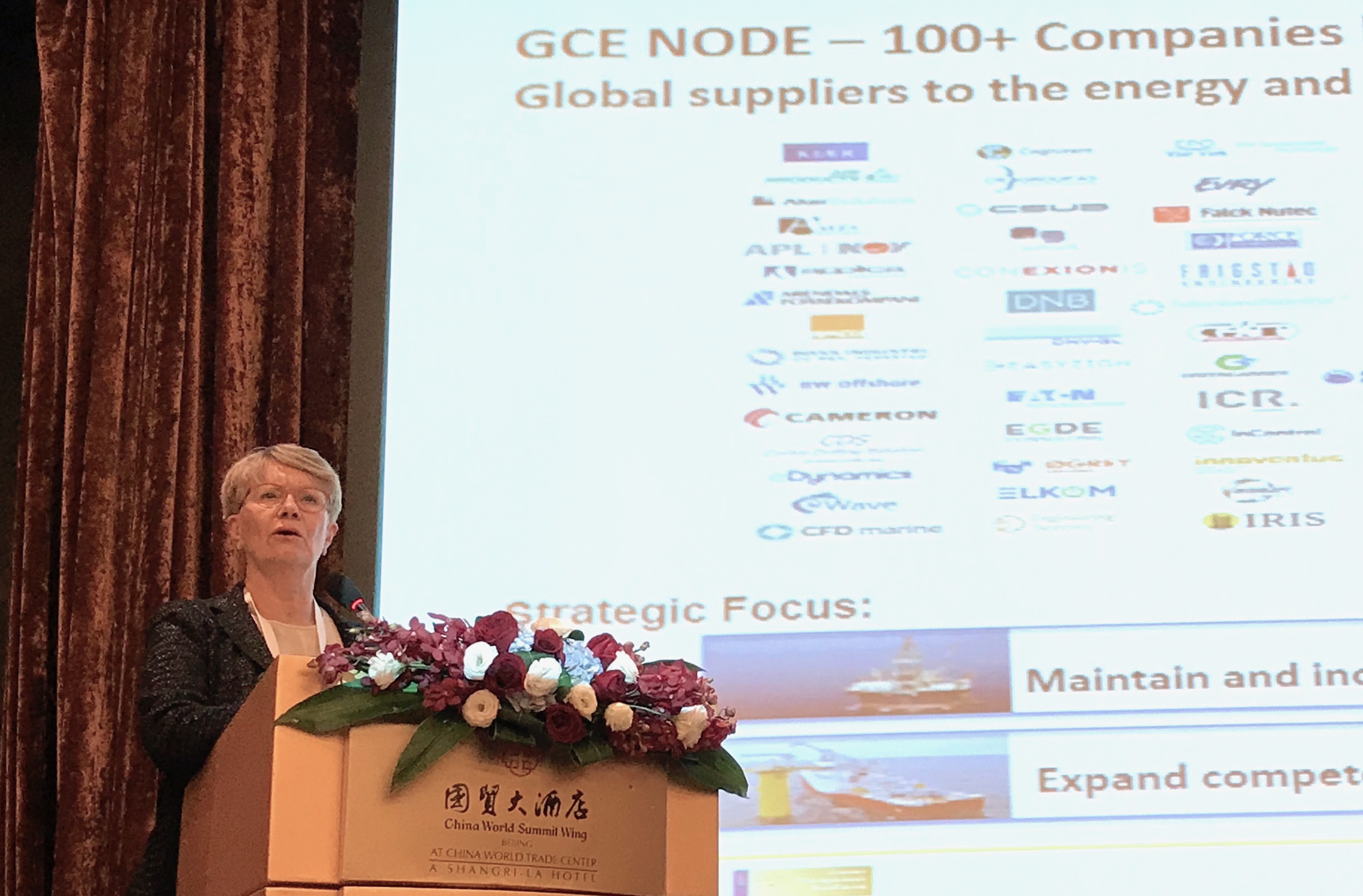 Anne-Grete Ellingsen, CEO of GCE NODE, talked about how oil and gas technology can be utilized in offshore wind.

His Majesty King Harald and Her Majesty Queen Sonja head a delegation of more than 300 Norwegian officials, academics and business executives to China. The Business Summit is widely considered a new starting point for the relationship between the two countries after the 2010 Nobel Peace Prize controversy, when China took exception to the prize being awarded to Chinese critic Liu Xiaobo.

In a series of industry sessions at the summit, Ellingsen and GCE NODE participated in the China-Norway Offshore Wind Summit Tuesday afternoon. Ellingsen talked about how technology from oil and gas and maritime sectors can be utilized in offshore renewables, with a special focus on offshore wind.

“Till now, offshore wind has been predominantly a European phenomenon, but the Asian market for offshore wind is expected to outgrow the European market in years to come. Competence and technology from oil and gas can help the offshore wind industry reduce cost and improve efficiency. China and Japan are two very interesting markets, that GCE NODE will monitor closely,” says Ellingsen.

She was also given the opportunity to present the model for scale-up, developed in cooperation with process industry Eyde Cluster.

On Tuesday this week, 24 new agreements between Norwegian and Chinese interests were signed. Among those were an agreement on establishment of friendly cooperative city relationship between Kristiansand and Qingdao, an eastern port city with 9 million inhabitants, famous for its beer, a legacy of the German occupation more than 100 years ago.

“In his opening address, King Harald pointed out that offshore and maritime technology is a common feature of the two countries. And Chinese president Xi Jinping has said that Qingdao is to take a leading role for developing new maritime technology in China. Thus, stronger ties between Kristiansand and Qingdao could prove mutually beneficial,” says Harald Furre, Mayor of Kristiansand.