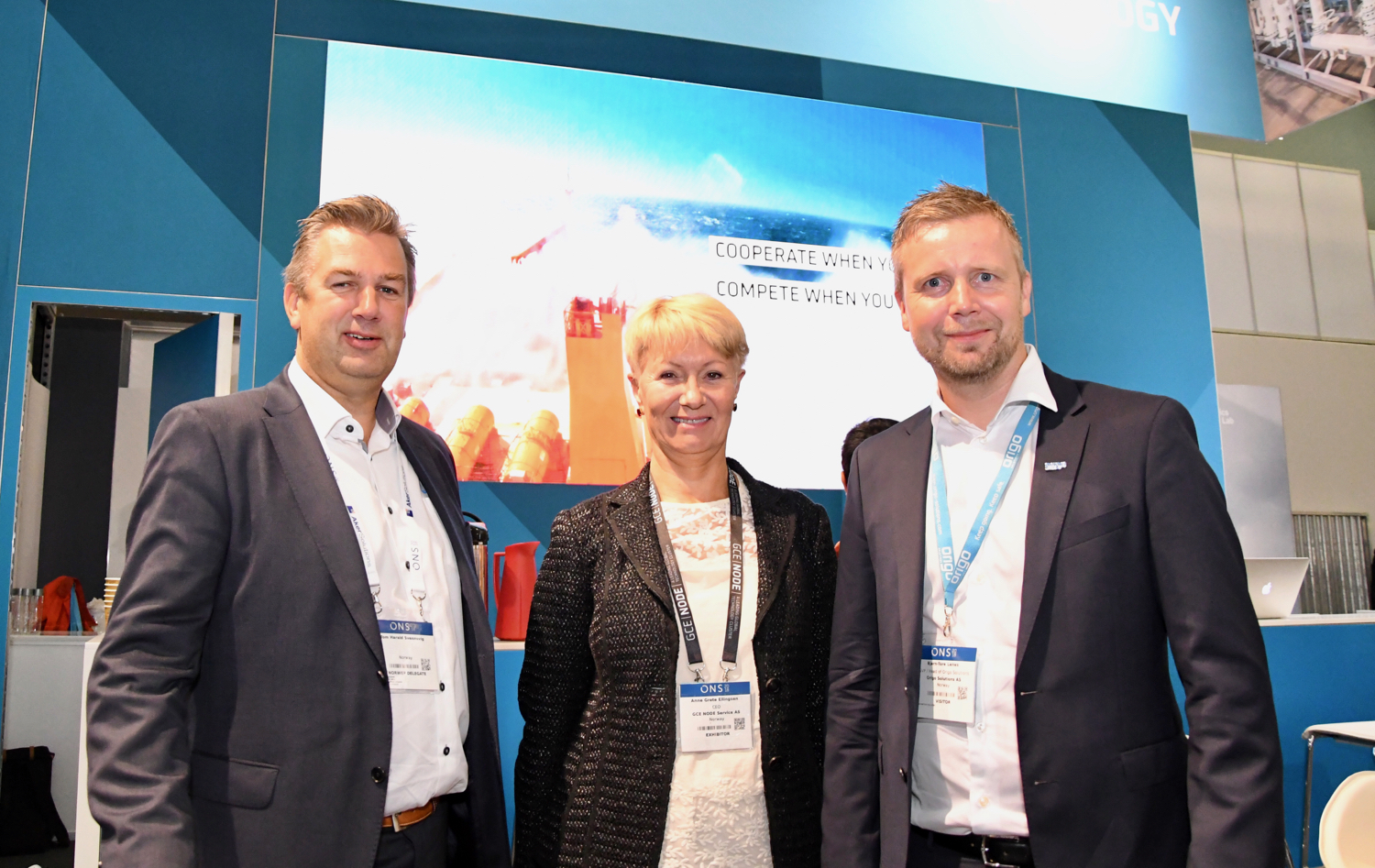 GCE NODE companies are ready to contribute to Equinor's plans for a floating wind farm. Some have already been part of a similar Equinor project.

For Amon, a company comprised of GCE NODE participant and steel expert Øgrey, construction giant Kruse Smith and Farsund fortøyningsservice, Equinor plans looks very appealing. Equinor is determined to build the turbines on a concrete substructure, unlike the pilot park in Scotland, where the whole structure is steel based.

“This project is a perfect match for us! Amon is an expert on steel, concrete and marine operations. We would be happy to contribute to realizing this first floating wind farm in Norway,” says Arne Marthinsen, CEO of Øgrey and Amon.

WELL POSITIONED
Origo Solutions delivered the SCADA system for Hywind Scotland, which resulted in a larger contract with Equinor. Head of Origo Solutions, Bjørn-Tore Lenes, welcomes a new floating wind project in the Norwegian sector of The North Sea.

“This project suits us very well. We are primarily focused on the Norwegian Continental Shelf, and we have experience from a similar project for the same customer. We are ready to contribute,” says Lenes.

“The location of this potential wind farm is definitely interesting for our technology, that is high-speed vessels that perform well in harsh conditions far from land. We will follow this project closely, as one of many market opportunities that are emerging in offshore wind world-wide,” says Tom Harald Svennevig, CEO of Umoe Mandal.

AN ENERGY TRANSITION
Hywind Tampen could be an important milestone in the development of renewable energy in The North Sea. Being located in Equinor’s hydrocarbon heartland, it is also an important signal of an energy transition.

“Since 2013, GCE NODE has encouraged our participating companies to explore how existing competence and technology can be transferred to offshore wind, subsea mining, aquaculture and other ocean space industries. Our main focus has been on offshore wind, which is the more mature market, and with this new Equinor project, our efforts could really pay off. This is very exciting news for the supplier industry in our region,” says Anne-Grete Ellingsen, CEO of GCE NODE.