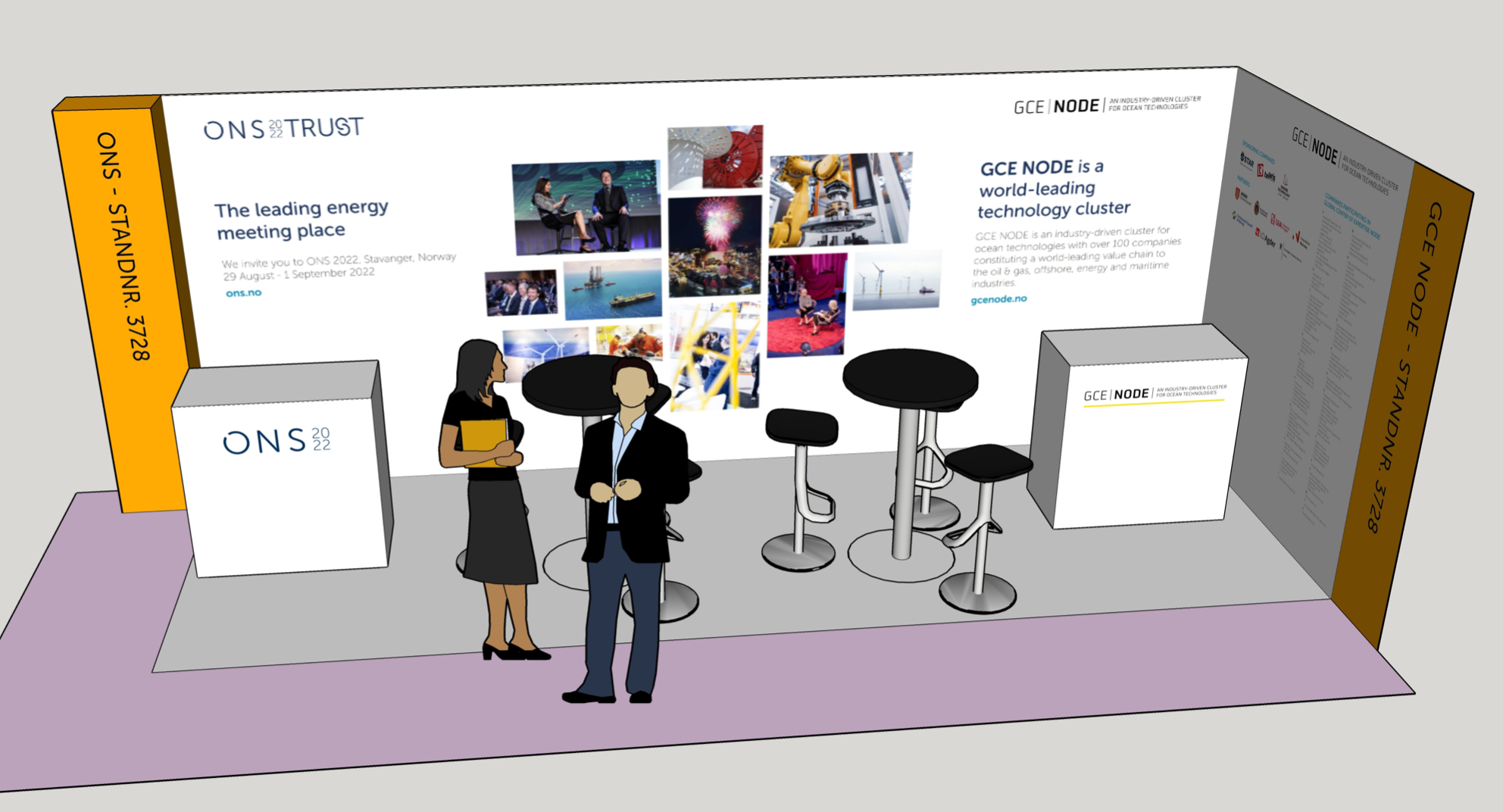 GCE NODE and ONS will share a stand at OTC in Houston in May.

GCE NODE and the organization behind the oil and gas expo in Stavanger, ONS, share a stand located in the Norwegian pavilion at OTC 2022 in Houston.

“The joint stand will serve as a hub for our companies and as a venue for networking events Monday thru Wednesday,” says Ann Marchioro, Project Manager at GCE NODE and responsible for the Agder to OTC delegation.

NODE companies Telaris, Star Information Systems and Marine Technology have bought into the stand and will be present throughout the week.

A joint stand at OTC has previously been a hit among small and medium-sized companies as they prefer to be part of the GCE NODE initiative rather than organizing their stand.

It has been three years since GCE NODE led a delegation to Houston, a city which has always been very important to GCE NODE and cluster companies. Houston is well-known as the energy capital, and both National Oilwell Varco, Cameron and Baker Hughes are headquartered here.

“We are glad to be back. Houston is committed to leading the energy transition. This includes reducing emissions and the transfer of technology to new, renewable markets,” says Marchioro.