Geothermal can benefit from oil and gas 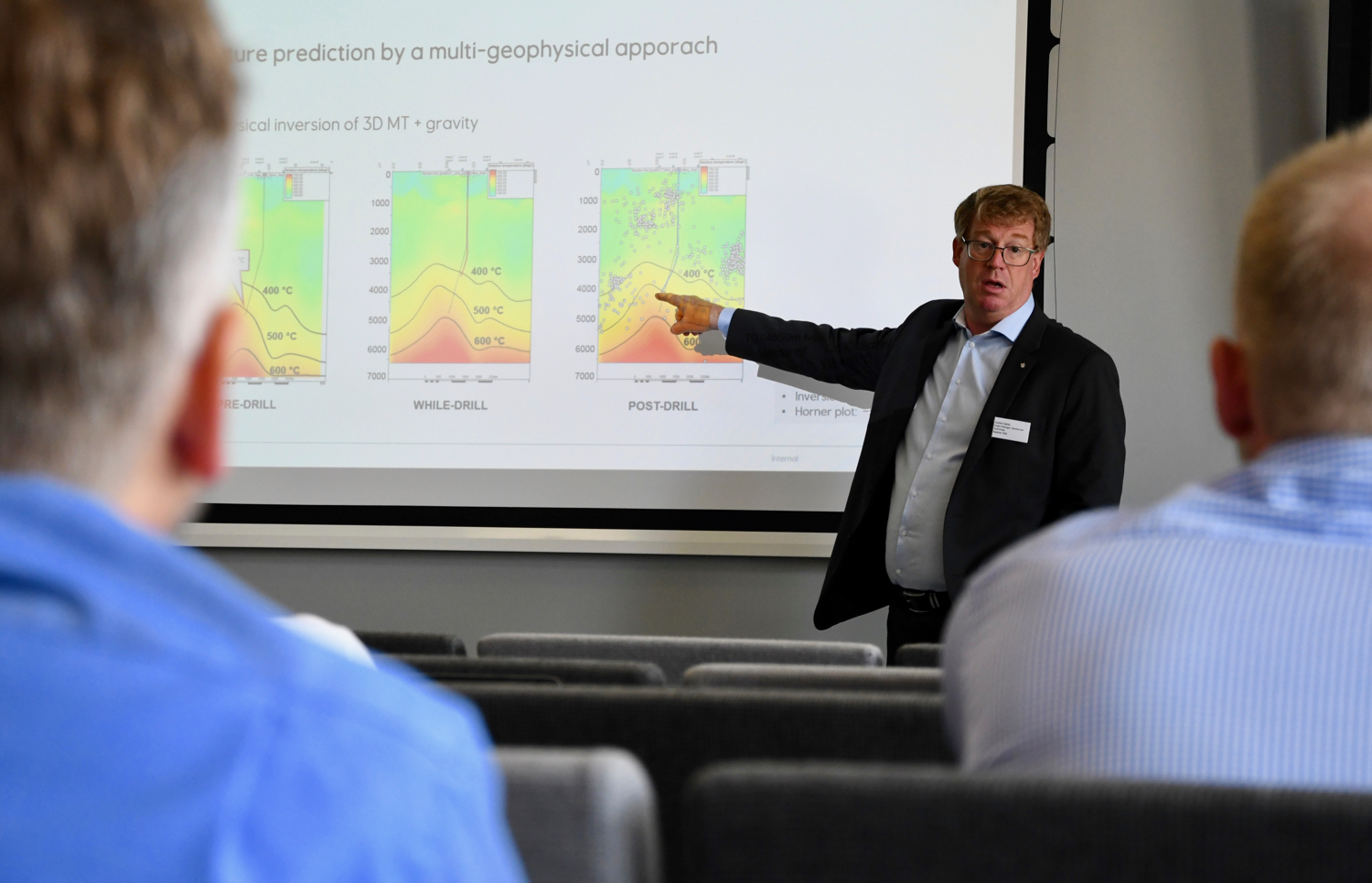 Carsten Sørlie (Equinor) says the oil and gas industry has a lot to offer the geothermal energy industry.

Geothermal energy provides a lot of business opportunities for companies in the oil and gas industry.

“Competence and technology within exploration, reservoir management, drilling, well completion and logging and instrumentation is in demand. We have a lot to offer to the geothermal industry,” says Carsten Sørlie, Project Leader for Geothermal Technology at Equinor (formerly known as Statoil).

At a GCE NODE workshop on geothermal energy in Kristiansand Tuesday, Sørlie explained that superior drilling technology and competence from US onshore has reduced drilling time by 80 per cent.

“This is mainly due to improved operational efficiency, and not so much based on technology. We are continuously looking to increase efficiency. Based on this drilling expertise, we have identified more than 100 possible improvements in the drilling plan for the IDDP2 project in Iceland. We believe there is a potential to cut drilling time with up to two thirds in geothermal drilling by applying the same principles,” says Sørlie.

Oil and gas experience is valuable and the reasons are easily explainable.

“The industry has been able to put money into technology development. Geothermal has not. We believe the transfer of competence and technology from oil and gas can accelerate geothermal energy production,” says Sørlie.

He said that geothermal energy for power production is a niche technology that will have a place in the future power production systems, but he stressed the need for cost reductions and managing the upfront exploration risk.

“I am sure the audience was given an understanding of the possibilities that geothermal energy represents for our industry, and for GCE NODE, which is a cluster with world-leading offshore drilling competence,” says Marianne Engvoll, RD&I Manager at GCE NODE.

The workshop was arranged by PERISCOPE, SINTEF, CGER, GCE NODE and Forskningsmobilisering Agder.