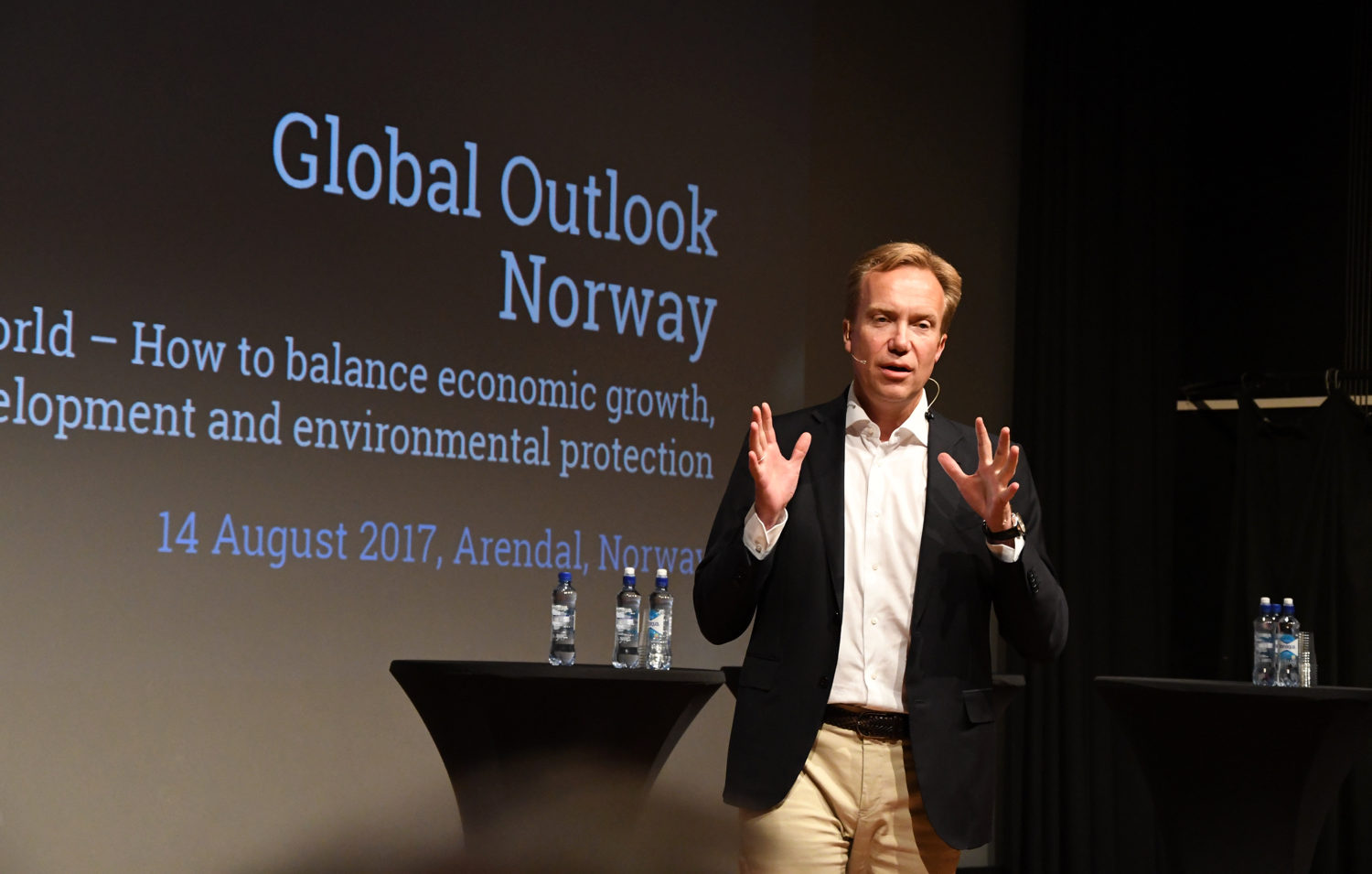 The world is connected, for better and for worse. Minister of Foreign Affairs, Børge Brende, touched on both during his opening talk at Global Outlook.

Close to 300 people came to hear Brende and several international speakers at Monday’s event titled “A Connected World”. Dozens were turned away due to capacity issues.

“The world is connected. Economies are connected. And we are more and more connected through geopolitical relations. International problems are also our problems,” said Brende, with reference to migration and refugee situations.

A connected world also makes us vulnerable. Brende commented on the ongoing US investigation into the possible interference of a foreign power in last year’s election process.

“Even the country that has half of the total global military capacity is not immune to cyber attacks. It serves as a reminder for us to invest heavily in precautionary measures,” said Brende.

Moderator Anita Pratap, a former CNN journalist, said she would be neglecting her duties if she did not ask Brender to comment on the hottest global topic these days; North Korea.

Brende responded by characterizing the rhetoric around North Korea as ‘unproductive’.

“Our position should be clear and consistent, but we need to remain in a dialogue with the leadership of North Korea. We have a consensus in the UN Security Council, which is rare, to continue to put pressure on Kim Jong-un. He has to be held accountable for his actions,” said Brende – adding: “I don’t think the situation will end in a war or anything dramatic.”