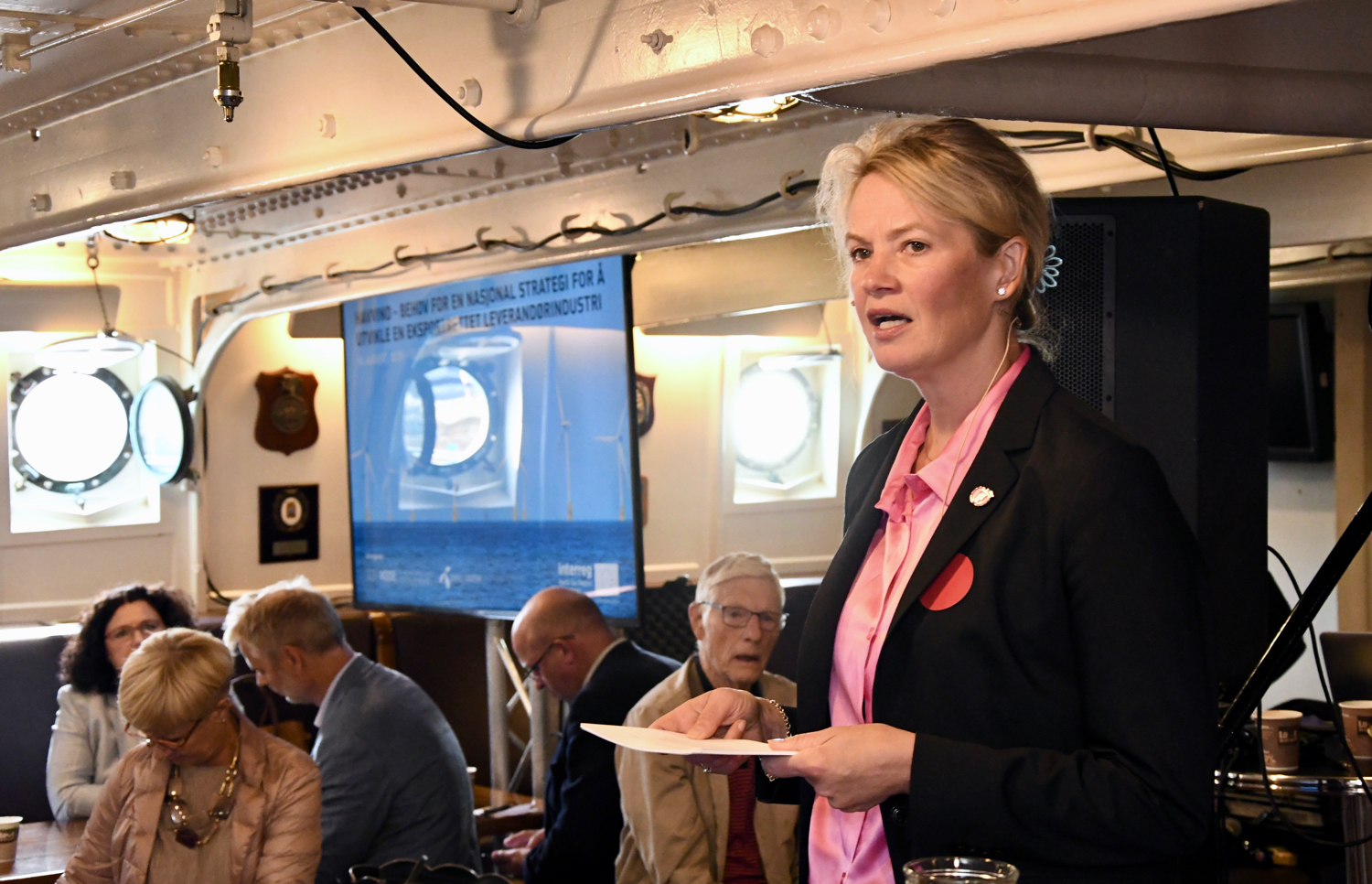 State Secretary Liv Lønnum at the Norwegian Ministry of Petroleum and Energy urges Norwegians companies not to wait for a home market to mature.

“The market can’t fix this. We need a targeted industrial policy that enables us to take a strong position in a global market,” says Anne-Grete Ellingsen, CEO of GCE NODE.

At a seminar in Arendal Wednesday, she pointed out that other nations have comprehensive strategies to develop their business sector within the fast-growing offshore wind market.

“Norway should have ambitions to be a global player within floating offshore wind. In order to develop Norwegian world-class suppliers, we need a national strategy with the right incentives,” says Ellingsen. She made a reference to the establishment of what became a global supplier industry to oil and gas, based on effective incentives implemented 50 years ago.

State Secretary Liv Lønnum at the Norwegian Ministry of Petroleum and Energy said the government has opened three areas for offshore wind. She urges Norwegians companies not to wait for a home market to mature.

“Our ambition is for Norwegian companies to become global suppliers. The offshore wind market is, in general, abroad, where prices and demand are higher. Suppliers should not wait for the Norwegian market to develop, but rather think global,” says Lønnum.

Håkon Endresen Normann, Manager of the TIK Center (technology, innovation and culture) at the University of Oslo presented data from a survey that shows that 80 per cent of all companies engaged in offshore wind, draw on expertise from oil and gas. He pointed out that interest for offshore wind seems to be very dependent on the activity level in oil and gas.

“Interest in offshore wind spiked after the financial crises in 2008 and also after the sharp drop in oil prices in 2014. Will interest be sustained when oil and gas companies make money in their core business?” asked Normann.

“Hywind Scotland proves that floating offshore wind works. We are now ready for Hywind Tampen on the Norwegian continental shelf, a project which is almost three times as big. Within a few years, we hope to realize a 200-400 MW project, on our way to utility scale projects of more than 1000 MW,” says Eik.

“Hywind Tampen is primarily a technology and industrial development project, a stepping stone on a path to building an industry of great importance and value creation for Norway as a nation,” says Eik.