High-level discussion on hydrogen as future source of energy 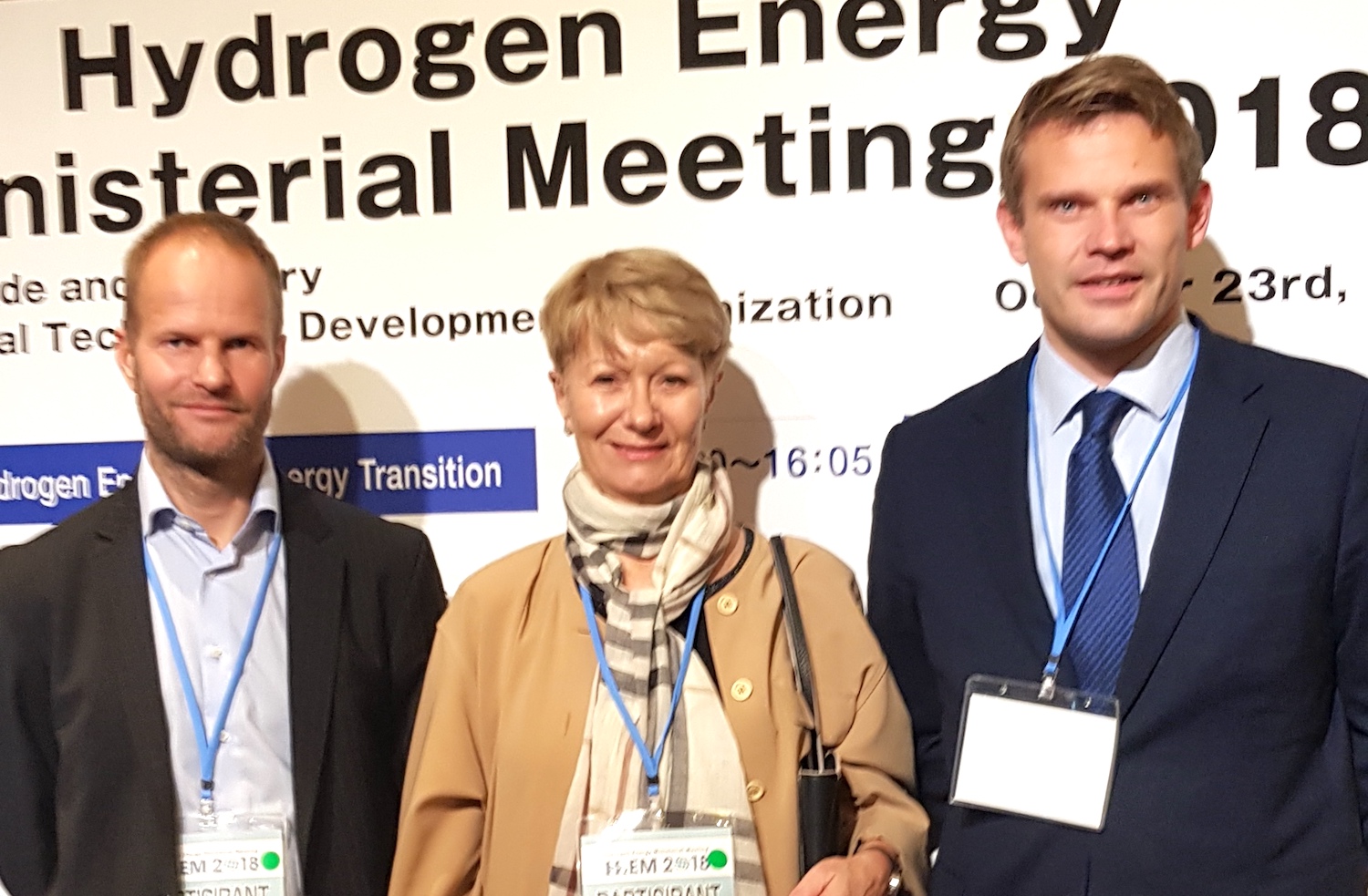 “Hydrogen is a market we will follow closely, as several NODE-companies have already entered this market”, says Anne-Grete Ellingsen, CEO of GCE NODE.

She is just back from Tokyo, where ministers, research institutions and industry representatives from 20 countries gathered to discuss how to live up to the goals set in the Paris Agreement, and in particular the future role of hydrogen as an energy source for industry, transportation and shipping.

Several of the NODE cluster companies, Norce and representatives from Equinor, Norwegian Energy Partners and the Norwegian Ministry of Petroleum and Energy were among the participants.

“Hydrogen based on natural gas, in combination with carbon capture, is likely to be an important future energy source. With its gas resources in the North Sea, Norway already has possible solutions for the European market in the pipeline. The general challenge for all hydrogen applications is to focus on technology and solutions that can lower costs to meet the market prices for energy. Thus, investments in infrastructure are required”, says Ellingsen.

Thor Arne Håverstad at Norce says he was “impressed and inspired” by the presentations and information given at the seminar.

“Going forward, the technology as such could be an important contributor to reduced emissions. The fact that Equinor is deeply involved, in the development of both supply and carbon capture and storage, makes this opportunity even more exciting for the Norwegian industry and research institutions,” says Håverstad.

A renewable and clean hydrogen challenge was launched in May 2018, with the objective “to accelerate the development of a global hydrogen supply and market by identifying and overcoming key technology barriers to the production, distribution, storage and use of hydrogen at gigawatt scale”.

Norway is among the 14 countries engaged in the challenge, which has given ifself three years to make a difference. The challenge will focus multinational research and large-scale demonstration efforts from both public and private sectors on industry-directed breakthroughs, which have a realistic prospect of underpinning commercial renewable and clean hydrogen industries.

In Tokyo, the energy ministers and government officials from the participating countries agreed to step up cooperation in promoting the use of hydrogen as an alternative energy source by sharing technology and standards. A statement adopted at the meeting said hydrogen can be a “key contributor” to the ongoing transition to clean energy and calls for collaboration in hydrogen-related technology such as fuel cell vehicles and hydrogen storage.