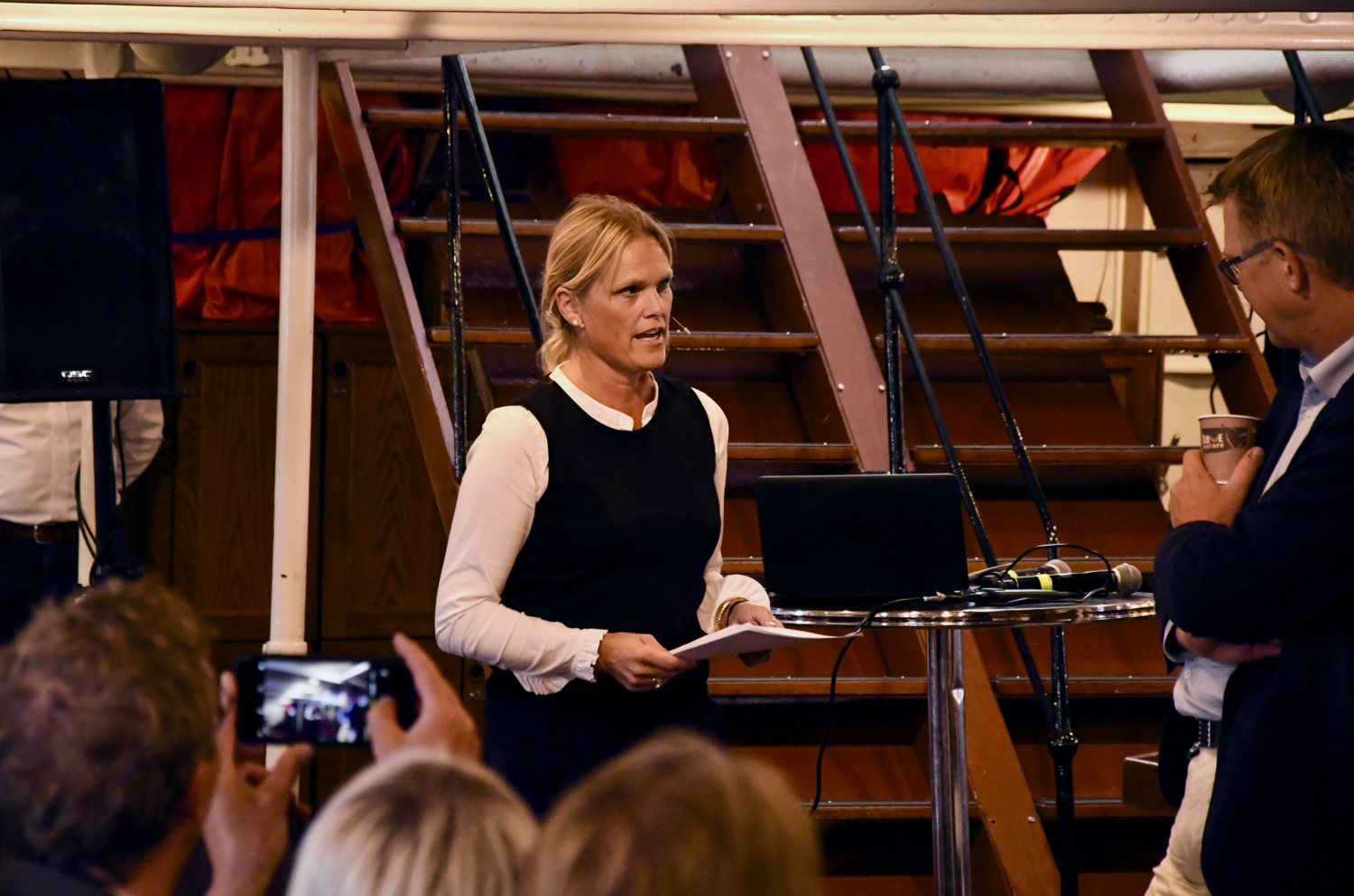 Ingvil Smines Tybring-Gjedde, Deputy Minister at the Ministry for Petroleum and Energy, concluded that oil and gas will be an important part of the future energy mix.

The future of energy was discussed in Arendal Monday, when GCE NODE opened a series of events at Arendalsuka.

Ingvil Smines Tybring-Gjedde, Deputy Minister at the Ministry for Petroleum and Energy, started off by concluding that oil and gas will be an important part of the future energy mix.

“One fifth of the world’s population lack access to modern energy. The population grows with ‘one Germany’ every year, and the middle class grows even faster. These people will also demand the energy needed to accommodate a desired living standard. Renewable energy sources will not be able to meet the future energy demands for many years,” said Tybring-Gjedde.

“Still, we need to increase production, while reducing emissions. How do we do that? Norway can contribute on both fronts. We were among the first nations to seriously address environmental issues in the industry. As a result, we have developed technology that reduces emissions on the Norwegian Continental Shelf. Oil and gas from Norway has, on average, lower CO2 emissions than from anywhere else in the world,” said Tybring-Gjedde.

The Deputy Minister offered gas as part of the solution for lowering emissions from the energy sector.

“One third of global energy demand is met by coal. More than 70 per cent of the global CO2 emissions come from coal. A fast and cheap way to reduce emissions is to replace coal with gas. That would make a big difference,” said Tybring-Gjedde.

Ajay Mathur, Director General at The Energy & Resources Institute of India, believed thatreducing carbon emissions to the right environmental level is within our reach if we implement the necessary transitions strategies. He pointed at solar energy as a future solution.

Solar power is on track to be the cheapest source of new electricity in many countries. There is, of course, one obvious limitation to solar power. It requires sunshine. When the sun does not shine, the fallback source if often coal.

“In some of the heaviest populated regions, the demand for power peaks at 11 PM, when people turn on their air conditioning before they go to sleep. This is why we need to combine solar energy with storage. Decline in battery prices will make solar power and batteries the cheapest source for future 24-hour electricity,” says Mathur.

“Solar and storage will replace coal, but the demand for oil will keep increasing. According to the International Energy Agency, a decline in oil demand will come as a result of fuel efficiency, rather than replacement by another energy source,” said Mathur.

“The world is undergoing an energy transition. We need large investments in the energy system. Last year saw a record-level in renewable investments, but it did not cover more than one third of the growth in demand for the oil and gas,” said Wærness.

R&D
Anne-Grete Ellingsen, CEO of GCE NODE, said research, development and innovation is key to whatever the future of energy holds.

“Among the many uncertainties, one thing is certain: The future will not be the same as today. Sustainability and digitalization are driving forces. A strong focus on research, development and innovation will enable us to adapt our industry to the changes we are likely to see,” said Ellingsen.

120 people attended the discussion, which was organized by GCE NODE, Nordic Energy Research and Telenor Maritime on board the sailing ship Statsraad Lehmkuhl.