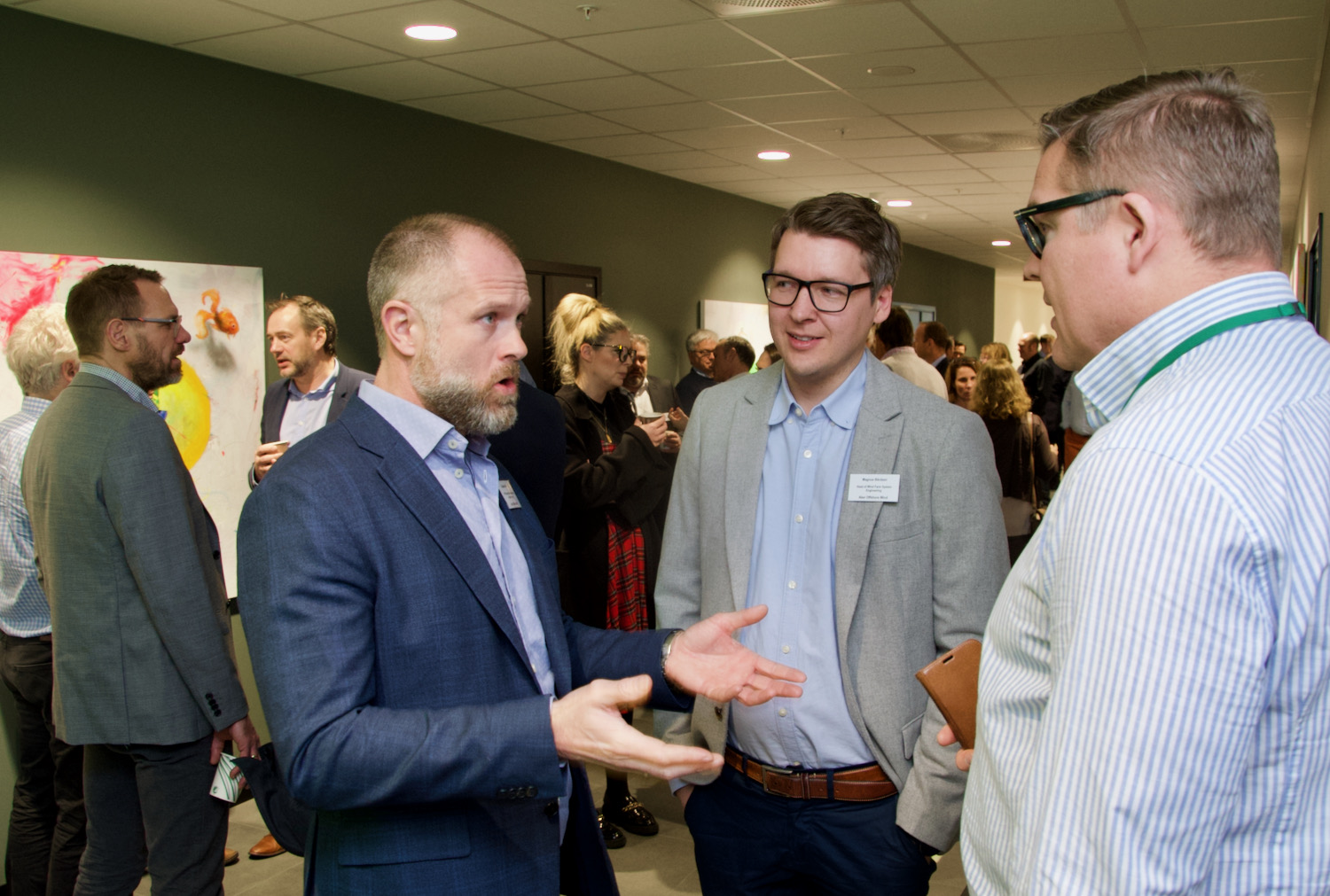 Aker Offshore Wind, one of many bidders in the initial Norwegian offshore wind licensing round, came to Kristiansand to meet the local supplier industry. The turnout was tremendous.

Close to 100 people from a large number of companies came to hear more about the upcoming licensing round and Aker Offshore Wind’s plans to build bottom-fixed and floating wind farms off the coast of Norway.

“Our ambition is to create a home market which is large enough to capitalize on the competence and technology in the Norwegian supplier industry. The Norwegian market will be an important steppingstone towards the international market,” said Sebastian Bringsværd, Global Head of Business Development and Head of Norway Region at Aker Offshore Wind (AOW).

AOW was established in the summer of 2020, following an incubation period of a few years at Aker Solutions. The company has a global and expanding portfolio, including active projects in South Korea and California, and a pipeline of prospects in Europe, the U.S. and Asia.

“This is the decade for floating wind. It may be ten years behind bottom-fixed, but floating wind is growing fast. There will be massive development of floating wind farms and substantial cost cuts leading up to 2030,” says Bringsværd.

He urged the supplier industry to join in and find ways to create long-term values within the Norwegian offshore wind industry.

“The time is now! You have a lot going for you. You know these harsh environments, and you have the competence and technology. We are keen to getting to know you and find ways to build Norwegian suppliers that can compete globally in this industry,” said Bringsværd.

Aker Offshore Wind spent the afternoon in Kristiansand conducting a series of B2B-meetings with local suppliers.